F1: Max Verstappen to auction his car for charity 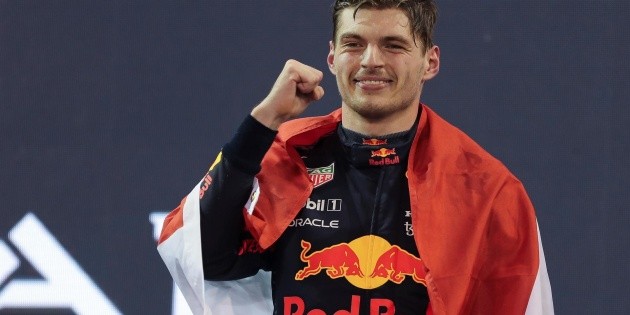 On December 23, the new Formula 1 champion, Max Verstappen, will put on sale his Honda Civic Type R, a car that the Dutchman used d

F1: Max Verstappen to auction his car for charity

On December 23, the new Formula 1 champion, Max Verstappen, will put on sale his Honda Civic Type R, a car that the Dutchman used during the 2021 season to move around the Formula 1 circuits.

The Honda will go on sale through the online platform CarNext, a company that sells collector cars and is also one of the main sponsors of &#8220;Mad Max&#8221;.

The Dutch company and the new world motorsport champion will take advantage of the recent victory to auction off the car that the young driver has used this season. Motor enthusiasts will surely be excited to learn that they have the chance to own the Verstappen Honda, but there is something even better, and that is that the proceeds from the sale of the vehicle will go to the non-profit foundation. &#8221; Wings for Life &#8220;.

The organization &#8220;Wings for Life&#8221; seeks to find a cure for spinal cord injuries and paraplegia. It was created in 2004 by the two-time champion of Motocross, Heinz Kinigadner, together with the founder of Red Bull, Dietrich Mateschitz.

What is the cost of the Verstappen Honda Civic?

The car in question is nothing more and nothing less than a 2018 Honda Civic Type R GT, one of the most compact and fastest sports cars on the market. This white model has a 1996cc gasoline engine with 4 cylinders located in line, it also has 320 horsepower. It reaches 270 kilometers per hour and accelerates from 0 to 100 kilometers in just 5.7 seconds.

It is equipped with a six-speed manual transmission, air conditioner dual, front and rear parking sensors, cross traffic alert system, wireless charger, LED headlights and a 7-inch screen. What makes it unique, in addition to its history, is that it has the driver&#8217;s signature on both the rear and the dash.

Those who wish to take Max Verstappen&#8217;s car should be attentive to the CarNext website, from December 23 at 12:00, because at that time the bid will be opened, which will start at 33,333 euros, is that is, about 782 thousand 675 pesos. Cost that is not at all exaggerated, considering that a similar model, but without having belonged to a Formula 1 champion, is around 728 thousand 400 agency pesos.

In a video made by CarNext we can see Verstappen himself in one last session of mountain road driving, proving that the Honda Civic Type R is a lot of fun to drive and also has the appropriate review and guarantee by the company.