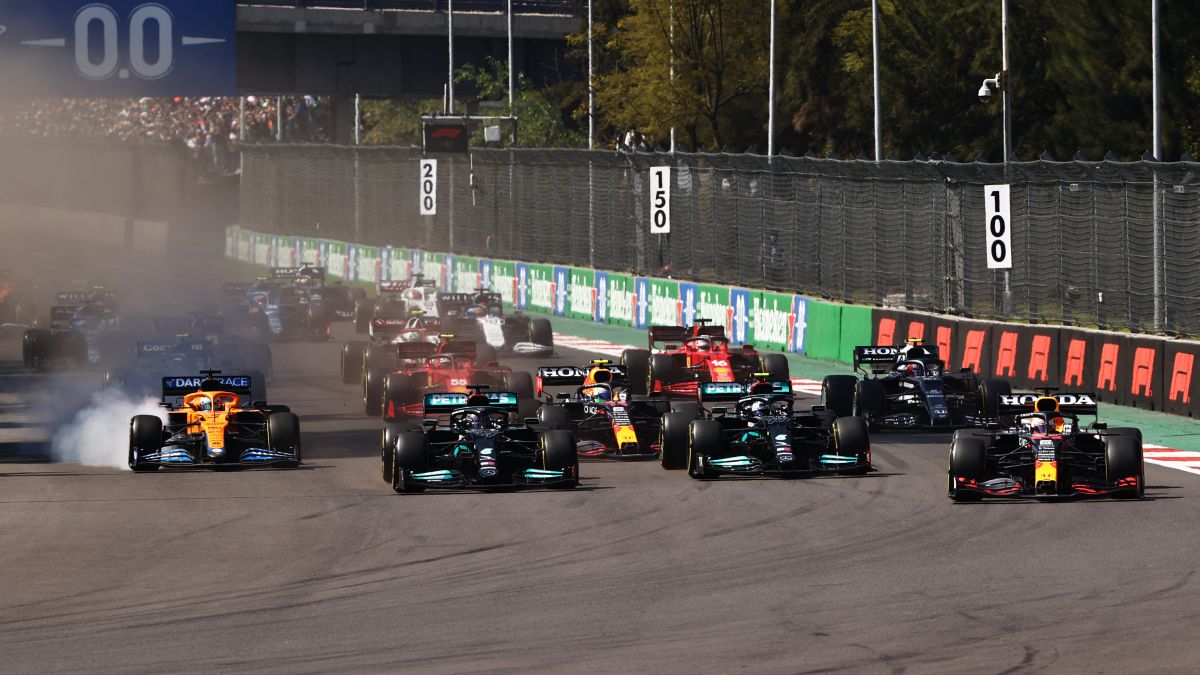 It was not decibels, but degrees on the Richter scale that increased as the laps were discounted. 130,000 passionate fans pushed the Czech in purs

It was not decibels, but degrees on the Richter scale that increased as the laps were discounted. 130,000 passionate fans pushed the Czech in pursuit of Hamilton, for second place and for bringing the title closer to Verstappen. Pérez had wheels eleven laps younger and a superlative Red Bull this Sunday at the Mexican GP. A beast, but it took more than hands to give the last joy to the Foro Sol and the coup de grace to the champion. He pressed, he worked it, he prepared it, he stuck to the wake of the Mercedes … but no, it was not enough. Much Hamilton in adversity. Ahead, in any case, Verstappen smiled: he won at Hermanos Rodríguez after a masterpiece at the start and he scored seven points ahead of Sir Lewis, they are already 18 in the general classification. Checo completed the podium at home, exciting.

The start was decisive. Bottas, from pole, and Hamilton blocked from the front row so that no one would chase a slipstream, but ‘Mad Max’ launched himself from the outside, nailed the brakes later and overtook the two Mercedes with a maneuver of those that decides championships . Behind, Ricciardo ran into Valtteri and spoiled the day for a few. The mess had to be dodged and Gasly ran away and Sainz lost his position to Leclerc. Alonso, for example, also ran into the Finn and saved him by reflex. Others took to the grass and avoided the mess with one of those shortcuts that the Asturian like so little.

From then on, tactical career, opening holes and waiting. Max escaped at a rate unattainable for the rest. Lewis stopped first without much hope, the Dutchman did it three laps later and Checo stayed in front of the group to finish the race on a favorable tire and lay siege to Hamilton. It was not enough, but the podium at home tastes like a victory for the stands, because theirs have won and because hours before they were disappointed with Bottas’ pole. With the Mexican flag in hand, Verstappen and Pérez took the podium separated by Lewis.

Behind, Gasly made the fourth good and Ferrari starred in a farce that was not relevant. Sainz stopped eleven laps later than Pierre and Leclerc, so he had a much higher pace then. He caught his partner with 18 laps ahead and the wall ordered Charles to let him pass, of course. As he had resisted slightly in the previous laps, Gasly escaped from eight to more than 12 seconds. Sainz chased him, he stayed about six from Pierre and with seven rent on Leclerc. But two laps from the end Ferrari gave up, ordered Carlos to slow down and return the fifth to Charles “without competing.” Fortunately, the constructors’ championship didn’t matter at Ferrari. Sainz was sixth with much more pace than fifth. Explanation?

Alonso, meanwhile, scored after two difficult Sundays, he went back from 12th to ninth, and that at the start he lost more than others won. It was a solid race based on the ‘overcut’ over direct rivals, finishing behind Vettel and a great Raikkonen. Bottas, out of points, ultimately scratched the fastest lap to subtract a point from Max. The play is good, although it seems like a consolation prize for Mercedes given the exhibition, another one, of Verstappen.

Carlos Sainz remembers how he experienced his son’s worst accident in Formula 1: “That day was miraculous”
Mercedes-AMG PETRONAS prepares for the Formula 1 World Championship | The car will be presented tomorrow with a different aerodynamic design
If Formula 1 does not change, it will disappear, warns Sebastian Vettel
FORMULA 1 1262