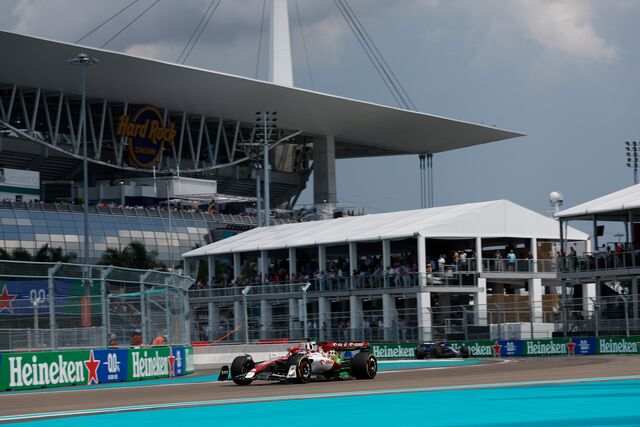 The weekend attracted more than 243,000 spectators during the three days of activity, which included the appearance of dozens of celebrities and many concerts, both in the event area and in the sponsor area, and culminated in the victory of Max Verstappen.

“We were proud to fulfill the commitment you made stephen ross (Grand Prix Director) to impact the local economy and people throughout our community, especially here in Miami Gardens,” he said. Richard Cregan, Chief Executive of the Grand Prix.

“Our team worked selflessly to create a unique campus and experience in Miami’s international culture. We look forward to growing the event and the positive impact it will continue to have here for years to come.”

Visitor spending in the Greater Miami region exceeded $150 million; for example, the average visitor spent a total of $1,940 on their visit to the city, which was almost twice as much as the non-F1 visitor.

Additionally, 84% of visitors traveled to Miami primarily for the event and 66% were from out of town. Tourist influx data revealed that the country with the highest number of attendees was Canada, followed by the United Kingdom, Mexico, Colombia and Argentina.

The report anticipates that the impacts of operating and net visitor spending are likely to repeat themselves in future years and have the potential to expand as the event consolidates.

On the other hand, the initial planning of the newest headquarters of Formula 1 began in the spring of 2019, while the first moment of the inauguration of the campus was in April 2021.

During construction of the track, which began in the spring of 2019, 867 local employees earned $50 million in wages and salaries in just the construction phase of the project. The report concludes that the total economic impact of road construction reached approximately 143 million, when indirect impacts (purchases from suppliers) and induced impacts (employee expenses) are considered.

On supporting local businesses and residents, 14 minority-owned restaurants were featured across campus and, in partnership with Food Rescue US South Florida, Sodexo and Turn 5 Kitchen, they donated edible food to local shelters.

There was also a commitment to sustainability across the Campus with the elimination of 99.4% of single-use plastics at Hard Rock Stadium. Aluminum water bottles, free water stations with reusable cups and plastic-free serving cups, plus three biodigesters to eliminate food waste, were added to other recycling facilities around the circuit.

Formula 1 legend was full of praise for Fernando Alonso
VIDEO: the definition of Formula 1 seen from the Hamilton and Verstappen cameras
When is your next Formula 1 race?
FORMULA 1 1980