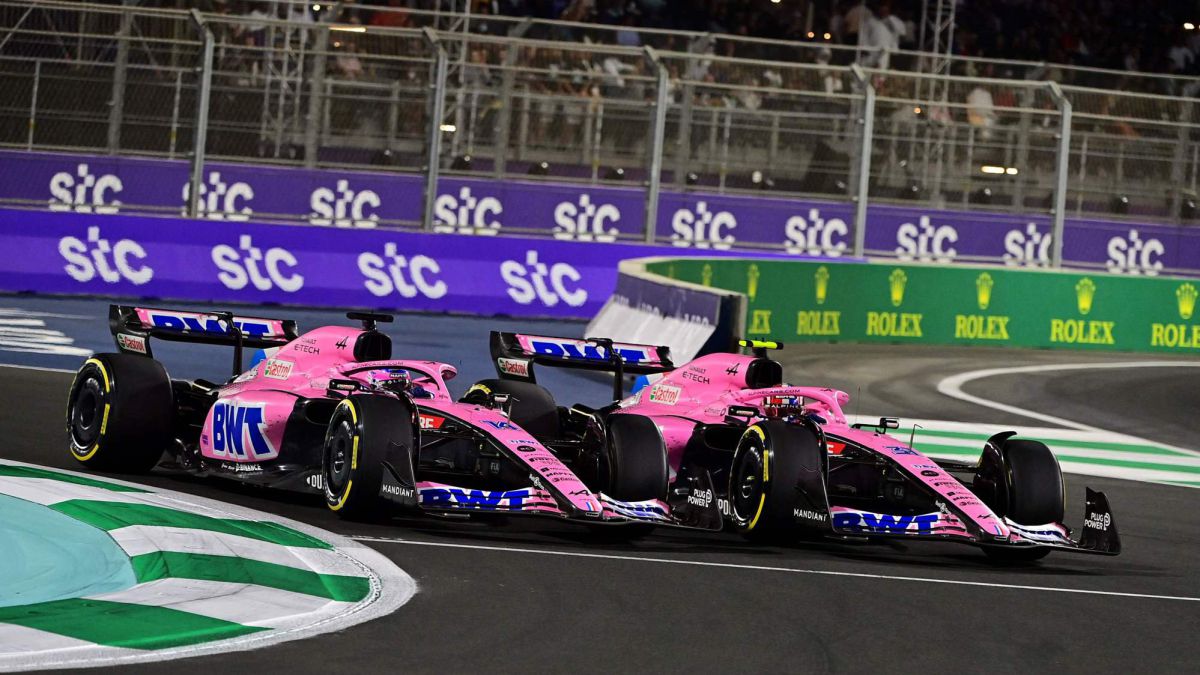 The Saudi Arabian GP, ​​and also the Bahrain GP, ​​left Alonso and Ocon starring in part of the stellar moments with a nice fight between teammate

The Saudi Arabian GP, ​​and also the Bahrain GP, ​​left Alonso and Ocon starring in part of the stellar moments with a nice fight between teammates in the first third of the race. First Fernando attacked, Esteban defended himself well. To the second, the Asturian happened to him. At the third, the French recovered. But the two-time champion definitely overtook the second Alpine and the engineers recommended the Frenchman to keep his position on the track, because in the end the two were going to lose time. In any case, a gift show, there is no doubt, that also gave them revenue in the classification: Ocon was sixth, best of the rest, and the Alpine is the fourth car in the constructors’ classification despite the abandonment of Alonso due to breakdown .

After the race, the 25-year-old Frenchman was full of praise for his 40-year-old teammate. “It’s always a privilege to fight Fernando, I have to say. He’s great, we know, extremely fast. A legend in action, a privilege, it’s fun and we’ll also make the team better. He hasn’t lost any speed, he reminds me of when he was fighting with Lewis (Hamilton) in 2007″, illustrates Ocon, aware that “attacking is the best defense” and satisfied because “it will be tight all year but it is a fair fight and there is no drama”.

The new rules would, in theory, allow cars to follow each other more closely without losing excessive downforce. In practice, Fernando hopes to check it in more “normal circuits like Ímola or Spain”, he explained to this medium, although Ocon is satisfied with the changes: “It’s a different philosophy to fight with these cars, great fun, they’re like kart racing. Before, when you had a chance you had to throw yourself away. Now you have three or four opportunities on every lap, but you also know that if the car stays too close and with DRS, it can give it back to you.”

In addition, the Alpine convinces when reliability accompanies, something that has not happened to Fernando (he has two engines in two races and did not finish the second). On a very high-speed circuit, the A522 and its Renault engine did not have to hide, Esteban told AS: “Good, good. We don’t have to be afraid of anyone, as soon as you open the DRS you can overtake. I was able to easily overtake Nico’s Aston Martin, Lando’s McLaren. Fernando was also there. We fought with several cars and we were good.” “These have been two very strong weekends for the team. Fernando did not finish the race in Saudi Arabia and it would have been two races with double points. But there is a lot left for us, more things will come and I am very happy with this start”, closes the Frenchman, who is already thinking about Melbourne.

The Formula 1 World Championship escapes Ferrari and Carlos Sainz can be key to avoiding it
Fernando Alonso explains what legacy he wants to leave after retiring from Formula 1
How much do F1 drivers earn? 2022 salaries revealed
FORMULA 1 1980