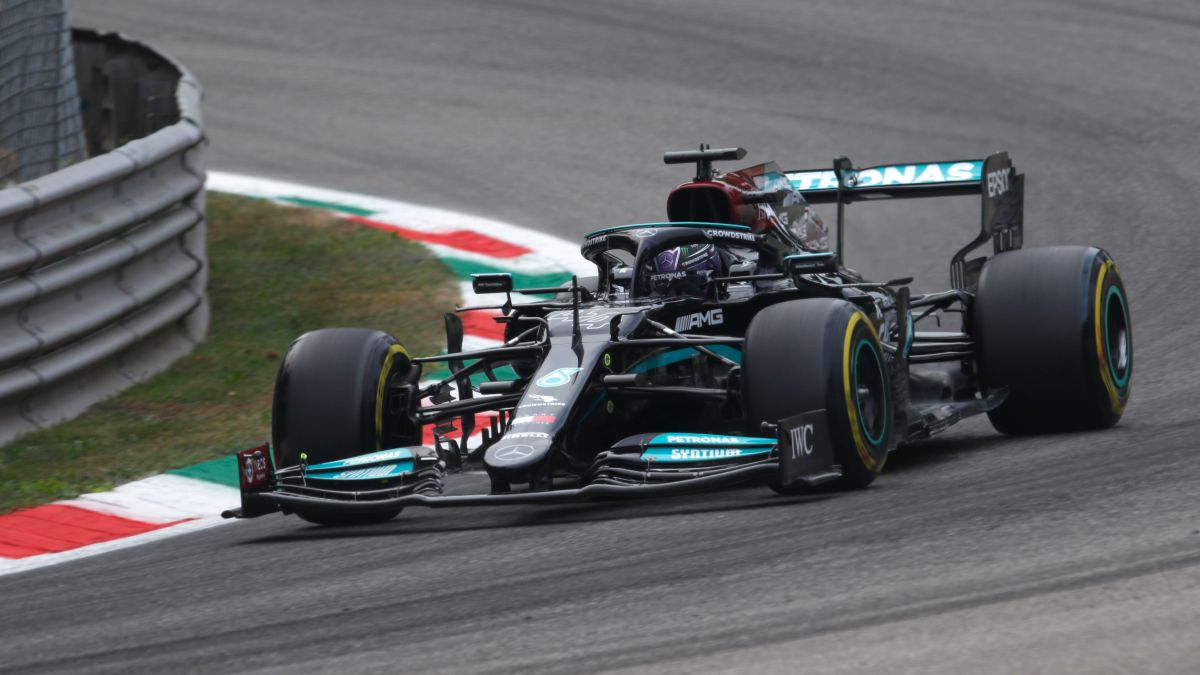 Only practice session before the afternoon 'prepole' in Monza and first conclusion: the engine Mercedes is going to be a problem for Red Bull this

Only practice session before the afternoon ‘prepole’ in Monza and first conclusion: the engine Mercedes is going to be a problem for Red Bull this weekend. Hamilton was the fastest with four tenths of a margin over Verstappen, and the Englishman did not mount the softest tire. The seven-time champion took the record in the three sectors of the Italian circuit and that may be an indication of what will happen in a few hours. Bottas was third, half a second behind his teammate and again on the intermediate tire.

What confirms the power of Mercedes in this circuit is the good start of Aston Martin, with Stroll fourth and Vettel, sixth. Among them was the second Honda engine in the classification, Pierre Gasly, with the Alpha Tauri that he won at Monza a year ago. Ferrari’s start is not entirely convincing. Although Leclerc had a 1: 21.8 erased and Sainz was seventh, with 1: 21.9, the advantage of smaller rivals like the Alpha Tauri and Aston Martin looks solid. Especially since McLaren is aiming upwards, even though its drivers roamed in the middle zone, and Ricciardo was among the fastest on the medium tire for much of the session.

Alonso was eighth with the Alpine without riding the Pirelli ‘red’. It was not a priority for several teams in the pit-lane, perhaps because it is too soft to complete the 100-kilometer sprint, the short race on Saturday.

The free practice gave two details that will be relevant in qualifying: the traffic is very intense, as always in Monza, and it is difficult to find a place to complete a fast lap without avoiding opponents. At the entrance of the Parabolica there is tension. Additionally, track boundaries will erase laps from the time table. Exciting Friday at the Italian GP.

F1 | The latest evolution of the Honda engine has a trick
Nikita Mazepin, F1 driver, recognized in the game between Pumas and Braves
The final acceleration of Formula 1
FORMULA 1 423

Loading...
Newer Post
UFC Vegas 36 Fallout: What’s Next for Derek Brunson?
Older Post
“It would fall very, very fast”: Donald Trump says he would knock out Biden if they faced each other in a boxing ring