F1 | Qualification in Saudi Arabia: A mistake at the worst time 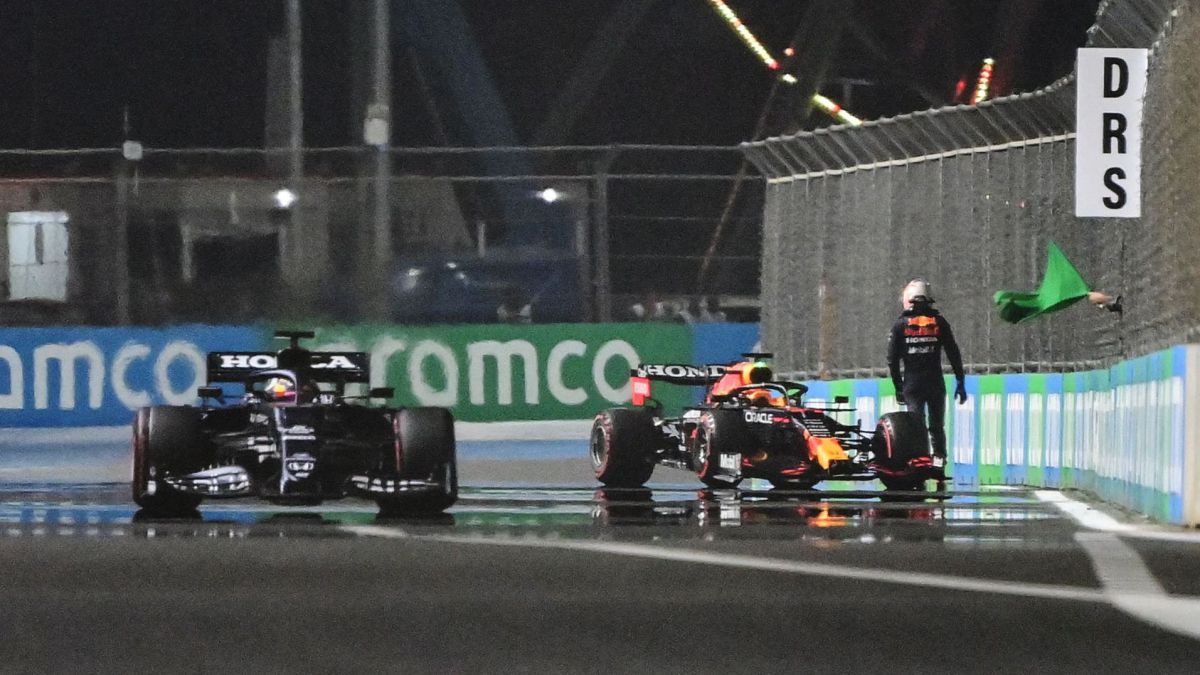 It was the dream lap on the perfect pole. Cruzado, a la Márquez, but in his case with a 1,000 hp beast: record in the first sector. Eating the pi

It was the dream lap on the perfect pole. Cruzado, a la Márquez, but in his case with a 1,000 hp beast: record in the first sector. Eating the piano, scraping the flat bottom of the Red Bull: second sector record with two tenths of advantage over Hamilton. From there to the finish, when everyone had completed their attempt, Verstappen was missing an acceleration in front of the apparently simple Jeddah ledge and the entrance of the last corner, more closed. I didn’t have to make a difference, it wasn’t necessary, but the Dutchman delayed the braking so much that he blocked the left front tire and touched the starting walls. The pole would have been his against his first championship ball in Formula 1. He would have defended it with the serve, and now he has to defend it with the rest, because Hamilton will start first in Arabia and Bottas blocks the front row.

The mistake is hard to forgive. He will be forgiven if he is champion. Max already sinned as brave at Silverstone, because if he had raised against Hamilton today he would have 18 more points in the locker. But that, then, was not known. This Saturday he did know what his advantage was in the return, the steering wheel’s screen dictates it to him, and he also knew the value of a pole at Jeddah Corniche: overtaking is very difficult and a victory in the Saudi Grand Prix, even if it is not final, would allow him to be champion in Abu Dhabi without having to win the career, whatever Lewis does. The seven-time English champion took advantage with a lap around the site that led Valtteri by 0.111 seconds. Verstappen, meanwhile, was third with his previous attempt and will be accompanied in the second row by Charles Leclerc’s Ferrari. Checo and Gasly, after them.

A bitter Saturday for Alonso and Sainz

It was not a pretty day for the Spanish, far from it. Both were left out in Q2. It was expected by Alonso, seen what was seen in the previous hours. The Asturian was thirteenth, Ocon if he entered the top-10 (also Giovinazzi in his penultimate career as a F1 driver), and referred to problems in the Alpine’s ‘set-up’ that require an explanation because the comparison between the two team cars gives inconsistent data. On a circuit where you can overtake, but not much, the 13th is a problem.

As for Carlos Sainz, his Q1 was exciting because he came to lead and was fourth, with plenty of margin and unbeatable feelings. That is why an insufficient Q2 crashes: three tries without time. In the first, track limits at turn four. In the second he saved an almost certain accident against the protections when controlling a Ferrari that was runaway in the middle of the spin, but it hit a wall and damaged the rear wing. In the third and final, without margin of error, An SF21 was found difficult to drive because the aerodynamics were scratchy. He made a mistake in the first sector that led him, first to the loophole, and then to 15th on the Arabian grid. A more painful position, if possible seeing the room of a Leclerc that had been behind all weekend.

What does Verstappen need to be the F1 World Champion at the Saudi Arabian GP?
Best Formula 1 drivers. Who should you bet on Formula 1?
Ferrari brings an Arabian thoroughbred for Carlos Sainz in Jeddah, or will he be the pureblood?
FORMULA 1 602