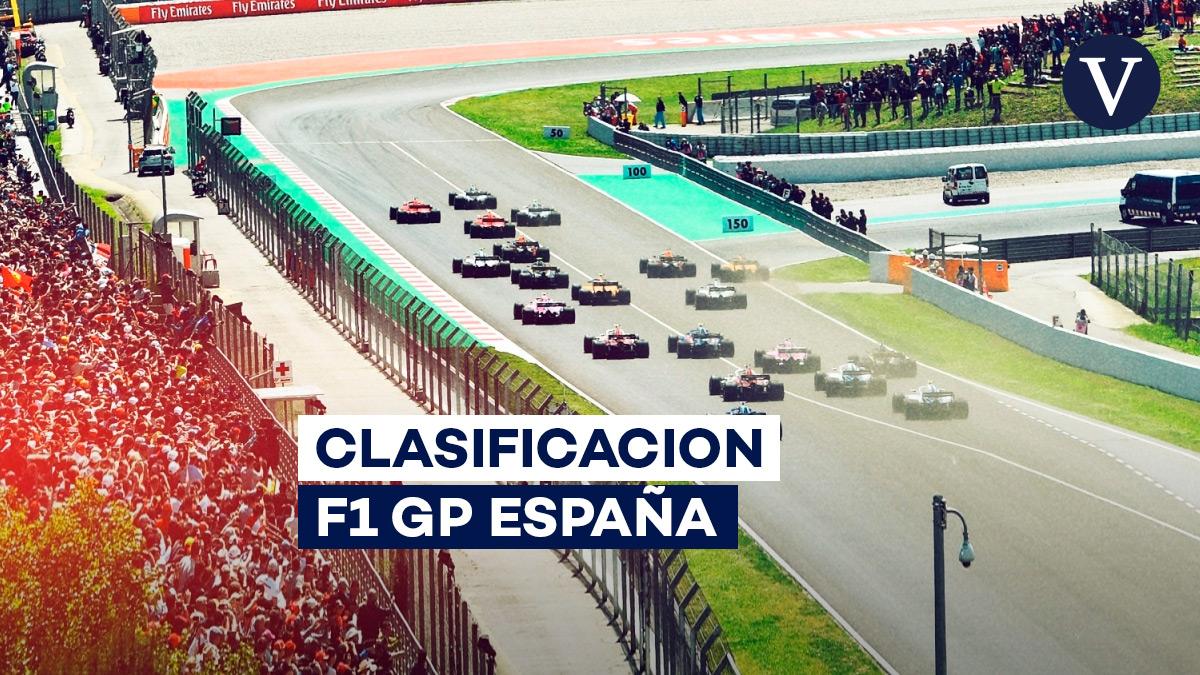 Fernando Alonso does not pas

Fernando Alonso does not pass the first qualifying round of the Formula 1 Spanish GP and will take part in the race from seventeenth place on the starting grid.

The Monegasque Charles Leclerc (Ferrari), leader of the Formula 1 World Championship, who had been the fastest in the two sessions on Friday, once again set the fastest time in the third and last free practice session for the Spanish GP, which takes place in the Montmeló circuit (Barcelona); where the Spanish Carlos Sainz, companion of the previous one, and Fernando Alonso (Alpine) marked the fifth and the thirteenth time, respectively; and the Mexican Sergio Pérez (Red Bull) the sixth. In the best of his 23 laps, Leclerc recorded 1’19.772 thousandths, 72 less than the Dutch Max Verstappen (Red Bull), the last world champion, who seconded him in the World Cup , at 19 points; and that he only gave twelve. The two Englishmen from Mercedes, George Russell (16 laps) and seven-time world champion Lewis Hamilton (18), set the third and fourth times, at 148 and 230 thousandths, respectively.

All of them with the soft tire, with which the best times were achieved in a session without major incidents that ended at 32 degrees Celsius ambient and 45 on the asphalt.

The Monegasque Charles Leclerc (Ferrari), leader of the Formula 1 World Championship and who had already been in the first, was the fastest, ahead of the two Mercedes of the English George Russell and Lewis Hamilton -seven times world champion- , in the second free practice for the Spanish GP, the sixth of the year, which takes place at the Montmeló circuit, on the outskirts of Barcelona; where his Spanish teammate Carlos Sainz was fourth. In the best of his twelve laps, Leclerc covered the 4,675 meters of the Catalan track in 1’19.670, 117 less than Russell -who turned the same times- and 204 ahead of Hamilton , which made one less turn than the previous ones.

So, waiting for his luck to change, Fernando occupies sixteenth place in the Formula 1 World Championship, with the two points he scored in the first of the 22 races (there will be no substitute for the sanctioned Russia) of an F1 championship that It will close on November 20 in Abu Dhabi.

Alonso, 40, who returned to F1 last year after two absences, achieved two of his 32 victories (the 32 that Spain still has throughout its history in the premier class) at the Circuit de Barcelona- Catalunya: in 2006, the season that revalidated the title with Renault; and in 2013, with Ferrari: what to date is his last victory in the motorsport division of honour.

Sainz, second in Bahrain and third in Saudi Arabia and in Miami, will once again aim high in front of his fans, after resisting the attacks of ‘Checo’ Pérez two Sundays ago in Florida.

The talented man from Madrid would complete the best day of his sporting career so far if he wins on Sunday in Montmeló; where the brave driver from Guadalajara, who, unlike the previous one, left the US unsatisfied, will seek his third victory in Formula 1. With which he would round off his days of happiness, after the recent birth of Emilio, his third son after Sergio jr . and Charlotte.

The Formula 1 timed session for the Spanish Grand Prix at the Circuit de Barcelona-Catalunya in Montmeló, sixth round of the world motorsport calendar, can be followed from DAZN, Movistar + and, minute by minute, through the website of The vanguard.

Then, after another race was held on that track, there were nine editions at Jarama (Madrid), four at Montjuic (again in Barcelona) and five at Jerez (Cádiz); until, starting in 1991, they began to compete in Montmeló, which will host for the thirty-first time the main automobile race that is held in Spain.

In Montmeló, venue of the Spanish Formula 1 GP, it will be rolled with tires from the range of stiffest compounds: C1 (hard, recognizable by the white stripe), C2 (medium, yellow stripe) and C3 (soft, red).

The organizers expect this 32nd consecutive Formula 1 Grand Prix to be a “historic edition” at the Circuit de Barcelona-Catalunya, which starts today. And it is that the Montmeló motor temple will dress up as a festival for the GP Spain F1 2022, the sixth round of the World Cup, which recovers the public in the stands after two years behind closed doors due to the coronavirus (in 2020, completely , and 2021, with only a thousand invited members).

The managers of the installation do not speak of quantities, but they see it as feasible to recover the pre-pandemic attendance figures: approaching (and, why not, exceeding) the 100,000 spectators that were touched in 2010.

The Monegasque Charles Leclerc (Ferrari), leader of the Formula 1 World Championship, will try to contain the presumed attack of the Dutchman Max Verstappen (Red Bull) -last world champion- in Montmeló (Barcelona), venue of the Spanish GP; the sixth of the season, in which the Spanish Carlos Sainz, the other driver of the ‘Scuderia’, will seek, at home, his first victory in the premier class.

The qualifying session for the Spanish Formula 1 Grand Prix, which is being held at the Circuit de Barcelona-Catalunya in Montmeló, will take place at 4:00 p.m. (Spanish peninsular time).

Max Verstappen continues his devilish comeback. The current world champion dealt his second consecutive bite to Charles Leclerc, this time at the premiere of the Miami GP, and has cut 27 points from him in two races. With his victory in the USA, the third of the year and the 23rd of his career, the Dutchman gains momentum to reach the Circuit de Barcelona-Catalunya, on May 22, with the leadership in the point of look

The Formula 1 World Championship arrives this weekend at its only appointment on the calendar in Spain, with the celebration of the Spanish Grand Prix at the Circuit de Catalunya, the sixth round of the championship in which both Carlos Sainz (Ferrari) and Fernando Alonso ( Alpine) dream of being protagonists in front of their fans.

Year 2022 will be historic for Formula 1
Which Mexicans can arrive in Formula 1 soon?
The tremendous record of Juan Pablo Montoya that is at stake in the definition of Formula 1
FORMULA 1 1543

Loading...
Newer Post
Spanish GP F1 2022: Charles Leclerc recovers and takes pole position for the Spanish GP
Older Post
MotoGP | Mir: “Before, not even catching a slipstream were we equal to the Ducati”