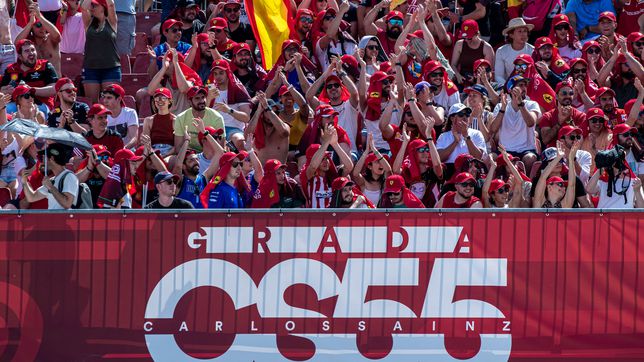 There was a time when after offsides, arbitration controversies or transfer rumors, in Spain there was talk of pit stops, memorable overtaking or r

There was a time when after offsides, arbitration controversies or transfer rumors, in Spain there was talk of pit stops, memorable overtaking or race strategies. Remember? Don’t worry, you don’t need to remember… because it’s happening again! Yes, Formula 1 is regaining the strength it had years ago among fans, the one that placed it as the most important sport only behind football, the immovable king. So says a study of Twitter audiences in Spain prepared by the social network itself.

“The F1 fan community on Twitter has generated more than 70 million tweets worldwide during 2022, 63% more compared to 2021,” says the first of the conclusions reached by the study. And if we specify, “Spain ranks sixth in the ranking of countries that tweet the most about F1, with 4.5 million tweets registered in 2022, 47% more than in 2021″. Figures that have reached their maximum in the last two events in Barcelona and Monaco, what’s more, in the Spanish GP they even surpassed football.

“Although we have to wait until the end of the season to have a more approximate estimate of the volume of conversation this year, we can assure you that F1 is experiencing a very sweet moment in our country. We are sure that when the grandstands of the circuits go crazy it will also be reflected on Twitter”, analyzes Dana Alonso, senior partner manager of Twitter Spain, who justifies the numbers by the presence of Alonso and Sainz on the grid in addition to the intense fight for the World Cup between Red Bull and Ferrari.

The support of young people

The key to the good moment that F1 is going through, not only in Spain but in the world, is that it has been successful with the strategy of renewing the audience. Now young people are being reached, as shown by the fact that 65% of the users who tweet about it are under 35 years of age, something that was essential and that they have been able to do like few others thanks, among other things, to the creation of the series Netflix documentary, ‘Drive to Survive’ (‘The emotion of a Grand Prix’ in Spain), or the increase in the spectacle on the track with drivers who know how to connect with current audiences.

Loading...
Newer Post
Xolos from Tijuana: Colombians, good business for the Pack
Older Post
Aaron Rodgers assured that he will finish his career with Green Bay