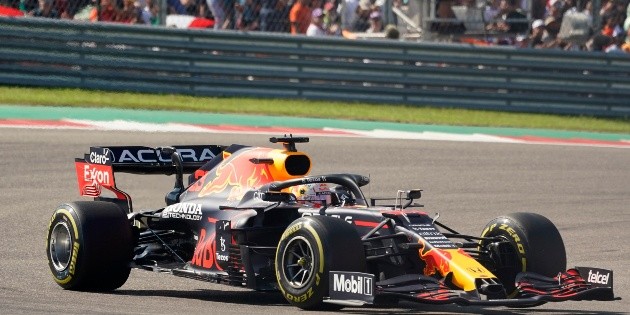 Formula 1 will arrive for the first time in Saudi Arabia on December 5 this year. Although, the track is not yet fully finished and

Formula 1 will arrive for the first time in Saudi Arabia on December 5 this year. Although, the track is not yet fully finished and the organization seems to be a little behind on some issues, but a few days ago it became a topic of conversation due to its controversial dress code for the event.

This code was leaked by an anonymous person, who received an extensive instructions with things allowed and prohibited in Saudi Arabia, preparing them for their arrival in early December.

This document was sent to accredited journalists and team members. One of the main sections was the allowed dress code, where you can notice unusual restrictions. For men, Formula 1 has completely banned ripped tank tops, shorts or jeans. Similarly, it is strictly forbidden to remove the shirt in public areas.

In the case of women, F1 in Saudi Arabia will not allow the use of skirts, shorts or any type of dress. Necklines are also prohibited regardless of style and, as expected, bikinis cannot be worn either. by the women attending the event.

Within what is allowed for women are dresses that cover most of the legs, as well as blouses, long-sleeved shirts or shirts, and closed-toe shoes. It is worth mentioning that this dress code is for everyone. Therefore, the drivers, mechanics and people involved in the teams must follow it to the letter so as not to face an economic fine.

The controversy of the code was so great that the person who leaked the documents downloaded the publication. At the moment, there is no official statement by F1 or the organizers regarding said code. However, pilots like Lewis Hamilton proclaimed themselves in favor of freedom in the way of dressing. Similarly, it is rumored that the couples and relatives of the pilots will not be able to attend the event due to local government restrictions.

Tags: F1, Saudi Arabia, Motoring
F1: Verstappen is excited about the championship, but warns that there is nothing definite
Things F1 should learn from MotoGP
F1: CDMX prepares security operations for the “Red Bull Show Run” “
FORMULA 1 393