F1 sprint race: what it is, how it works, points and qualifying format 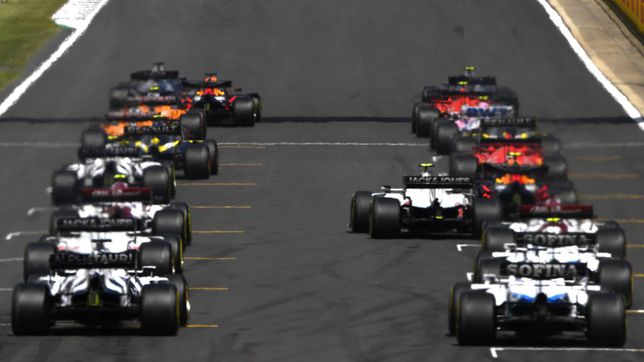 Sprint racing is here to stay. After a test model that was introduced a year ago in the great prizes of Great Britain, Italy and Brazil, Formula 1

F1 sprint race: what it is, how it works, points and qualifying format

Sprint racing is here to stay. After a test model that was introduced a year ago in the great prizes of Great Britain, Italy and Brazil, Formula 1 marked the future that awaited the so-called ‘F1 sprint’. This format will maintain the original idea in the 2022 season, but incorporates several updates that are mainly reflected in the distribution of points and that “will be incorporated based on the comments of the fans, the media and the F1 teams”, as stated. as could already be seen at the Emilia Romagna GP last April.

How is the format of the F1 weekend to the sprint?

Friday: the first free practices maintain the usual format with a 60-minute session that takes place in the morning. In it, the teams have the possibility of fitting two sets of tires (they have a total of 12 for the whole weekend) and in the afternoon they will be able to increase their options up to a total of five. For the second session, the model does change, since a classification to use with Q1, Q2 and Q3 is disputed that defines the starting positions for the classification to the sprint on Saturday.

Saturday: the teams have a second training session, which maintains the usual duration of 60 minutes. It will be in the morning again, but for these practices you can only fit a new set of tires. During the afternoon session, the sprint classification is disputed, a 100km distance race that lasts between 25 and 30 minutes and in which it is not necessary to go through the pit lane. The strategy is left to the choice of the teams, since they have two sets of tires for the test.

Sunday: the last day of the grand prix maintains the full race distance and two sets of new tyres, as is customary at each appointment. The starting grid corresponds to the classification of the sprint race held on Saturday.

How many points are awarded in the F1 sprint qualifying race?

The main change from the format to the sprint is evident in the distribution of points. The decision follows the line that Formula 1 has set in recent times and, therefore, comes in search of more emotion during Saturday’s test. To do this, the number of points to be distributed and also the beneficiaries are increased: while last year only the best three scored, in 2022 there are up to eight drivers who benefit from the new format:

After the Emilia Romagna GP and this weekend at the Red Bull Ring in Austria, the next and last grand prix of the 2022 season in which this sprint race format will be repeated will be the Brazilian GP, ​​scheduled for the days November 11, 12 and 13.