F1: The tragic accident that prompted the creation of the halo (VIDEO) 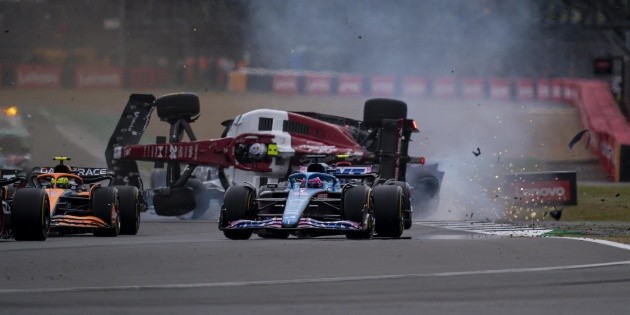 Lewis Hamilton, Charles Leclerc, Romain Grosjean, and Guanyu Zhou are just some of the pilots who have been involved in serious acc

F1: The tragic accident that prompted the creation of the halo (VIDEO)

Lewis Hamilton, Charles Leclerc, Romain Grosjean, and Guanyu Zhou are just some of the pilots who have been involved in serious accidents over the Great prizesbut they can tell thanks to the use of the halo.

The safety device that is located in the upper part of the single-seater cabins has demonstrated its effectiveness on several occasions, in different categories, but perhaps it would not exist if it weren’t for other accidents that, without this piece, were fatal.

The accident that changed everything

On July 19, 2009, while a race was being held Formula 2 in Brands Hatchthe British pilot Henry Surtees18 years old, was the victim of a freak accident that ended up costing him his life.

Surtees he was hit in the head by a tire, which came off another driver’s car which hit a tree, lost control of his car and went off the track.

The blow from the tire would have caused him to become unconscious immediately and end up crashing into one of the barriers.

Henry He was stabilized and transported to a hospital in London where he was declared dead.

Since then, the father of Henrythe legendary pilot John Surtees became a spokesman in favor of a system like the halo, and even had discussions with pilots like Lewis Hamilton who opposed the design and implementation of the device.

But Henry he wasn’t the only one. The names of jules bianchi and justin wilson they also served to exemplify the lives that could have been saved more safely in the cockpit.

The halo was introduced in the Formula One in 2018 mandatory. It is made of titanium and carbon fiber.

Tags: Motoring, F1, Formula 1
F1: Nyck de Vries will drive for Williams in the P1 of Spain
F1: hardly anyone brings improvements to Imola for the Qualy to the Sprint
Mexican Grand Prix, second circuit with the most fans in 2021
FORMULA 1 1937