F1 to take action over homophobic and racist comments at Spielberg 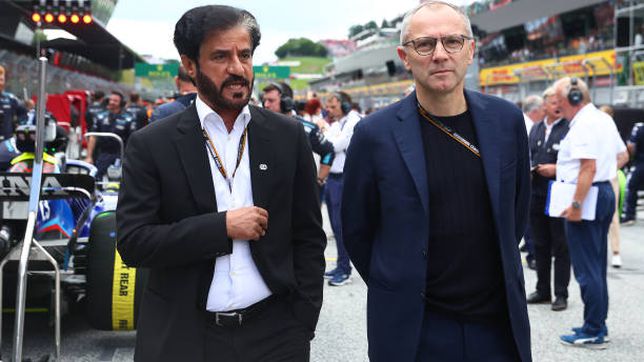 Formula 1 has condemned the performance of certain fans at the Spielberg circuit insulting others present on the circuit. Lewis Hamilton was also

Formula 1 has condemned the performance of certain fans at the Spielberg circuit insulting others present on the circuit. Lewis Hamilton was also the target of insults and boos after qualifying on Friday. “We have been informed that some fans have been subjected to completely unacceptable comments by others at the Austrian Grand Prix. We take these matters very seriously and have discussed them with the event promoter and security, and will speak to those who reported the incidents. This type of behavior is unacceptable and will not be tolerated,” F1 said in a statement. The young management of Formula 1 has always kept its motto ‘We Race As One’ very much in mind in its fight for social inclusion.

The seven-time British champion was fighting for a position in the top-5 of the grid. However, he lost control of his Mercedes at turn 7, locked his tires and ended up crashing into the guards. The Briton lost his fastest lap and was left out of the rest of the standings. The ‘Orange’ stands that traveled to the Red Bull Ring to support Max began to boo and cheer Hamilton’s accident. The one from Mercedes responded to what happened after the accident. “You should never be happy about someone’s injury or crash. It shouldn’t have happened at Silverstone, although obviously it wasn’t an accident, and it shouldn’t have happened here,” Lewis said.

Harassed in the circuit

During the weekend at the Red Bull Ring, several fans present at the circuit denounced on social networks that they had suffered homophobic and racist insults in the stands or around the venue. Even certain fans denounced on social platforms that they had suffered harassment from the Dutchman’s followers. “One thing about Max fans: I have never felt so insecure. He was walking in front of a grandstand and they whistled and yelled at me until I passed him by. It is as if they had never seen a woman, ”said a follower on Twitter.

Another fan, this time a Hamilton fan, recounted her situation on the same social network: “As a Hamilton fan in the middle of the orange wave, yesterday a group of five Dutch Max fans lifted my dress and when I confronted them I They said no Hamilton fan deserved to be respected.” And she updated her experience after Sunday’s races: “Today hasn’t gone much better, but at least they only take pictures of me or laugh at my jacket. I will never go back to the Austrian GP.”

There is no room for abuse either verbal or physical against any group of people in sport. Therefore we stand together with @F1 in stating that this behavior is completely unacceptable. https://t.co/ooZFID72FJ

Teams like Ferrari have already condemned the behavior of the fans: “There is no room for verbal or physical abuse against any group of people in sport. Therefore, we agree with Formula 1 in stating that this behavior is completely unacceptable.” The leaders are expected to reinforce their messages against racism and other discriminatory practices in the following grand prix. The promoter and the security of the event could sanction the creators of these acts if they are discovered.

Who are the F1 drivers? Nicholas Latifi’s B-side: His millionaire father, threats from Lewis Hamilton fans and pressure from across Canada
Fernando Alonso predicts his retirement from Formula 1
Former Russian pilot considers the decision to exclude athletes for the war unfair
FORMULA 1 1997