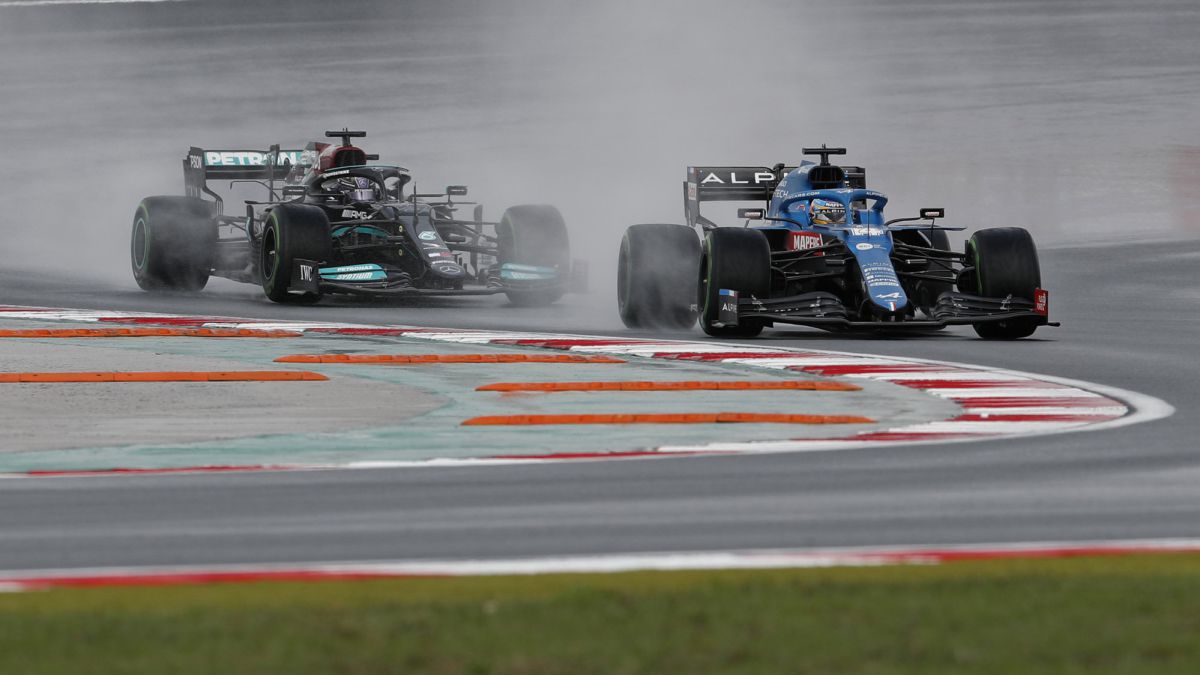 He saved the guy, he made the pole, but Hamilton is not presented with a less than placid career on the scene of his seventh coronation. The ten p

He saved the guy, he made the pole, but Hamilton is not presented with a less than placid career on the scene of his seventh coronation. The ten penalty spots for changing the combustion engine send him to eleventh position on the grid, between Vettel and Ocon, while his great rival for the title, Verstappen, leaves from the second square and with clean air to challenge Bottas for the lead and set up the worst possible race for Mercedes. Sir Lewis he flew, in all sessions, with a car that is the true reference in Turkey. But now it’s up to his teammate: if Valtteri manages to slow down the peloton and facilitate Hamilton’s comeback to the podium, the new engine will have been worth it. The opposite can be very painful.

It was a tense qualifying, with a light rain at the beginning that altered the conditions of the track, although it was not necessary to resort to the intermediate Pirelli. Among the surprises of the day emerged Leclerc, Gasly and Alonso, immediately behind the three cars vying for victory this Sunday; one of them, that of Hamilton, delayed. The Frenchman from Alpha Tauri was a beast, who wins a second row (fifth becomes fourth), but a competitive Alonso throughout the day, wet and dry, capable of reaching his best position in a grill since 2014 and emulate the sixth from two weeks ago in Sochi.

The Asturian makes the Alpine work in all circumstances and these were not favorable, because Ocon was 12th. He will start fifth in the race this Sunday thanks to the position of the punishment to Lewis. The stewards investigated him for a double yellow flag, but everything remained a formality because Alonso had raised and aborted the return. It was not noticeable in the microsectors because it was his first attempt, but the next step through the finish line was three seconds faster.

Leclerc, third on the grid with the help of Sainz

The Monegasque, third at the start, he suffered in Q2 due to an error in the last corner that almost left him out. He was able to save the cut at the last moment helped by his teammate, Carlos Sainz, who gave him a key and grateful slipstream in the second sector. The Madrilenian hardly had to appear because he will start last in any case, but his return in Q1 served to eliminate Ricciardo, a direct rival, and his fleeting step later gave wings to Leclerc, who now aspires to a podium.

Some hunted in a troubled river: Mick Schumacher shone with poor Haas and achieved a creditable 14th place. Russell will start right in front, although it was not the day of the English, because his mistake in the last sector marked a lap worthy of the top-10. The circuit is accompanied by slopes, gravel loopholes and curves that avoid empty right angles. The Turkish fans are not far behind, they are few but notorious. Definitely, This Sunday (14:00 CET, Dazn F1) anything can happen at the Intercity Istanbul Park.

F1 | Free 2 in Turkey: A Ferrari sneaks into the party
The Formula 1 grid for the 2022 season
Formula 1: the urgent decision that Mercedes made with George Russell
FORMULA 1 394