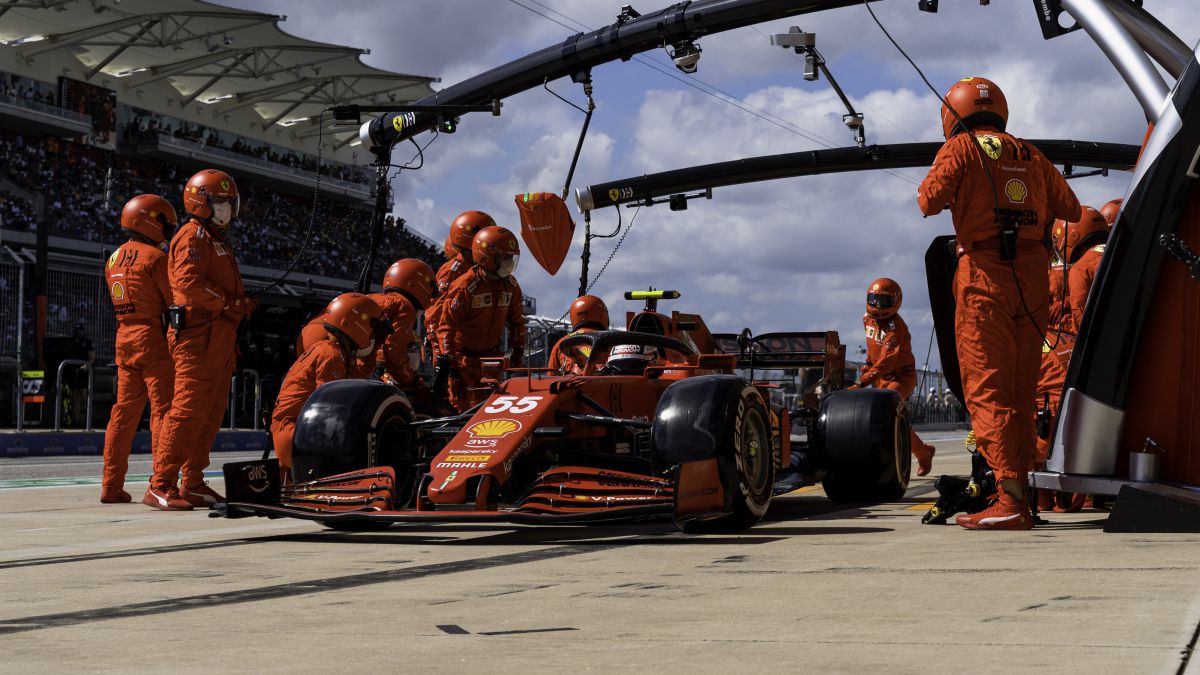 For the third time this season, and the second in a row, Carlos Sainz encountered a slow tire change that subtracts points, both him and Ferrari,

For the third time this season, and the second in a row, Carlos Sainz encountered a slow tire change that subtracts points, both him and Ferrari, in the World Cup rankings. The Madrilenian was aiming for fifth place in the United States GP and was seventh. If the four points that he stopped adding plus the two that would have subtracted from Ricciardo are counted, the Maranello team would have overtaken McLaren in the constructors’ table. Before it happened in Turkey, there Sainz went from virtual sixth to eighth, and also in Silverstone.

“Unfortunately, again. We have to see him and improve as a team, We are not happy with the situation and there are already several in which we have had problems. In my case it is the second in a row and the third of the season, there are many points that we give up due to small problems. The ‘undercut’ would have been easy on Ricciardo and these are points that may not be so important this year, but if you are fighting for titles you must be excellent in these types of sections, “says the Ferrari driver, aware of the missed opportunity.

For his part, the start was not optimal and he was harassed by the two McLarens on the first lap, which made him lose the position with one of them in the most bizarre way: he had to return the position to Norris due to an incident in the Turn 12, but he ended up giving the position to Ricciardo, who had recently overtaken the Englishman: “To make room for Lando I went long and when I got back on the track I was in front of Lando and Daniel. At the exit of Turn 15, I made the decision to let Lando pass, so as not to receive a penalty. But what happened is that, during that battle, Daniel had overtaken Lando, so I let Daniel pass, and not Lando… “.

“The stewards still thought I should give Lando back the position, even if it cost me two seats, which was unfair, but I had to do it. Then I overtook Lando and chased Daniel. It’s complex, but he gets on well with the camera. ‘ on-board “, explains Sainz, who despite everything escaped the obstacle of going out with the soft tire: “I had less degradation than the McLarens with the medium.” All in all, it was a good day for Ferrari: Leclerc was a solid fourth, as in Istanbul, and the SF21 is solidly aiming to oust the MCL35M in the top-3 of the manufacturers’ championship after the introduction of a new engine from Sochi.

Formula 1: goodbye to romanticism
Nikita Mazepin, F1 driver, recognized in the game between Pumas and Braves
Will there be a historic changing of the guard in Formula 1?
FORMULA 1 386