F1: Verstappen is excited about the championship, but warns that there is nothing definite 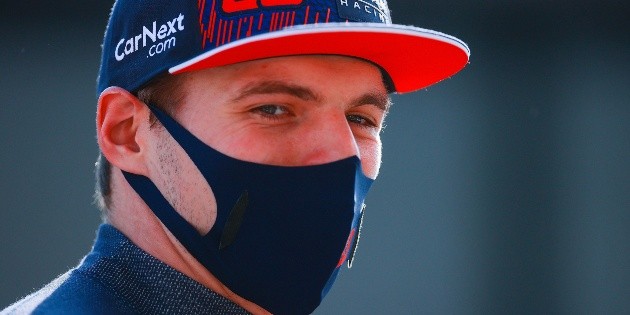 Dutch driver Max Verstappen (Red Bull) said on Thursday that wearing the number 1 on his car next season in Formula 1 excites him,

F1: Verstappen is excited about the championship, but warns that there is nothing definite

Dutch driver Max Verstappen (Red Bull) said on Thursday that wearing the number 1 on his car next season in Formula 1 excites him, although he cautioned that the world title is not yet defined.

The 24-year-old, who has raced No. 33 since starting his career in the Big Top in 2015, said he would love to change the number – 1 is usually the champion’s – because “it’s the smart thing to do.”

But before, he assured, he will continue to ignore talks about the possibility of winning his first F1 title despite leading the championship with a 19-point advantage, with four races remaining, including the Brazilian Grand Prix to be held on Sunday in Sao Paulo.

“To be honest, if you don’t think about it, you’re not going to dream or anything like that. So I’m really focused,” he stated. “A lot can happen in four races. We look good, but things can change quickly.” “I said it after the race in Mexico. I already had a bigger advantage in the championship and it disappeared in two races,” he added.

Yes Verstappen beat the seven-time world champion Lewis Hamilton (Mercedes), second in the standings, would become the first driver to carry the number one in his single seater from german Sebastian Vettel in 2014.

Reigning champion Hamilton has kept the number 44, but Verstappen said he would “certainly” change his number if he gets the chance.

“How many times do you get a chance as a driver to drive number one?” He asked. “And it’s good for marketing too, so doing it is the smart thing to do.”