F1: Verstappen takes over the Dutch GP to sentence the World Cup 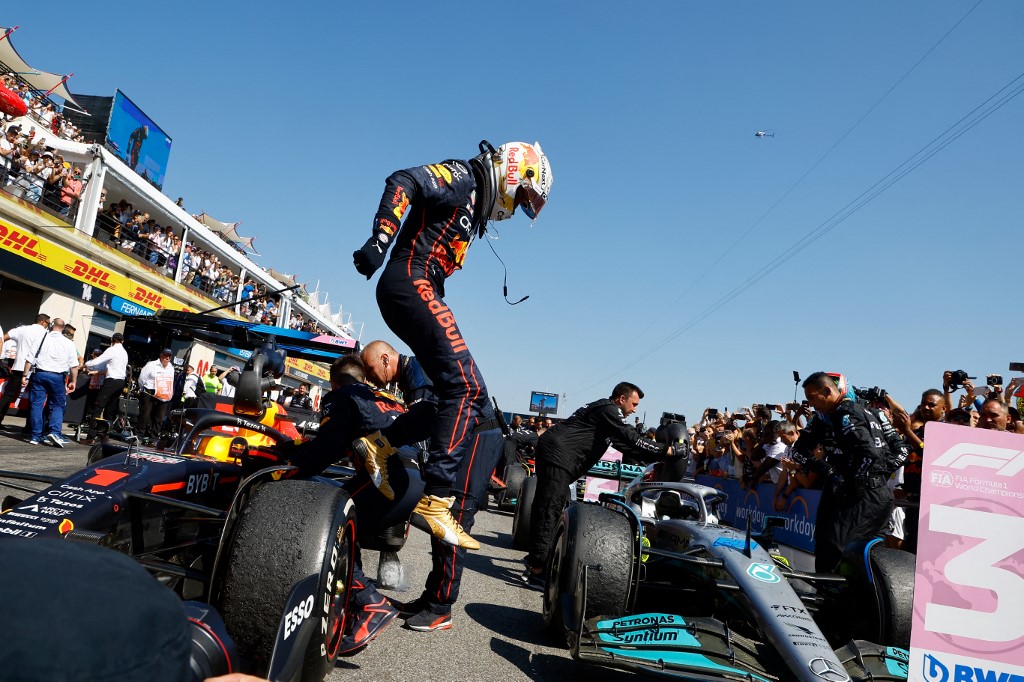 Undisputed winner in the last race, the Belgian Grand Prix last Sunday, the Dutch Max Verstappen, leader of the Formula 1 World Championshipis looking for a fourth consecutive victory this weekend at home, in the test that takes place in the Netherlands.

Faced with an ‘Orange army’ devoted to their cause, ‘Mad Max’ predicts a “pretty crazy” weekend: “It will be great to have my family by my side to support me, I’m just going to enjoy the weekend with all the fans.”

He will try to prevail in Zandvoort, whose name marked the history of the highest category of motorsport with thirty races between 1952 and 1985. He returned to the calendar last year.

Also read: Julian Alaphilippe: When will you compete again and what will be your next race?

Verstappen, current world champion, raised his arms last weekend at the legendary Spa-Francorchamps, in neighboring Belgium, the country where he was born and where his mother comes from.

In a performance to remember, he started from 14th after being penalized for an engine change and was able to take his Red Bull to the top of the standings.

With his victory, the third in a row and the ninth of the season, Verstappen struck a blow in his race to renew the world title, relegating his first pursuer, his Mexican Red Bull teammate Sergio Pérez, to almost 100 points. On Sunday the 15th test of the season of a total of 22 will be held.

Pérez took advantage of his second place in Belgium to regain second place in the World Cup to the detriment of Monegasque Charles Leclerc (Ferrari), leader at the beginning of the season, now third, 98 points behind Verstappen.

Despite his wide lead, the Dutchman is cautious: “There are a lot more ground supports (than at Spa-Francorchamps), so it will be more difficult for us to be dominant, I think the Ferraris will be strong there.”

But the team He has no illusions in the general classification. “The championship certainly looks extremely difficult because of the pace that they (Red Bull) have,” Leclerc acknowledged.

Ferrari continues to lose ground in the Constructors’ World Championship. Before hitting the tarmac in the Netherlands he is 118 points second to Red Bull.

It may interest you: There is already a date and venue for the first eSports Pan American

The season finale is billed as a walk for Red Bull and its 24-year-old prodigy, in a position to end Mercedes’ run of eight consecutive constructors’ titles, currently third.

In Zandvoortthe German constructor, in difficulty this season, will want to turn the page after a catastrophic Belgian Grand Prix for Lewis hamiltonwho had to leave after a collision with the Spanish Fernando Alonso in the first lap.

After another difficult weekend for Mercedes, which is still looking for its first victory of the season, its boss Toto Wolff assured that the team “has worked hard to understand the difficulties in Spa”.

The Dutch test on Sunday will be the occasion for the French team Alpine, with which Alonso competes, to confirm its “best weekend of the season”, according to its other driver, Esteban Ocon, who went from 16th to seventh place in Spa.

Loading...
Newer Post
Gasly ‘hunted’ talking to Russell and Leclerc about his future in Formula 1
Older Post
Andy Ruiz’s brother threatens Jake Paul with organizing a fight against him