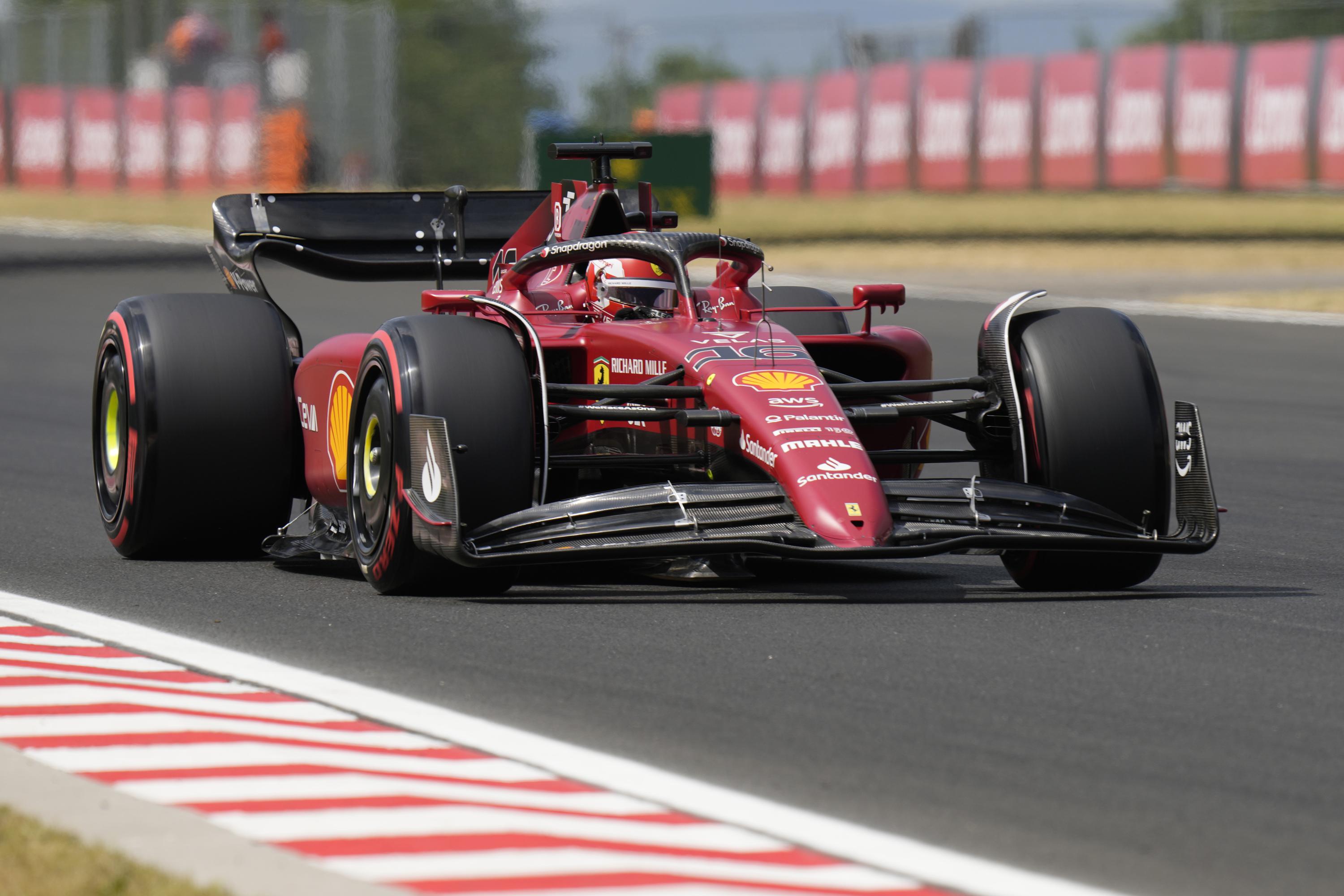 BUDAPEST, Hungary (AP) — Max Verstappen understood why Charles Leclerc was so hard on himself after crashing last weekend, and the reigning Formula

BUDAPEST, Hungary (AP) — Max Verstappen understood why Charles Leclerc was so hard on himself after crashing last weekend, and the reigning Formula One champion feels it’s a good thing Leclerc let his emotions out.

Leclerc will be looking to bounce back at Sunday’s Hungarian Grand Prix after ending his Ferrari in the barriers while leading the French GP. That mistake gave Verstappen a win that opened up a whopping 63-point lead in the overall standings.

Leclerc yelled “Noooo!” and he said he didn’t deserve to win a world championship driving like that, leading many to wonder if he was punishing himself too much. But Verstappen, who has dealt with reliability issues and dropping out of races, said it is just Leclerc’s way of coping with disappointment.

“Everyone handles that differently. Some people need to reflect on it that way. At that point you’re still a little bit emotional about what just happened and maybe you’re too emotional,” the Red Bull driver told The Associated Press during an interview Thursday. “But it’s okay, people should be sensitive, they should show their emotions.”

Leclerc and Verstappen, both 24, were rivals in karting before meeting in F1. Mutual respect has grown after some tough but fair duels against each other in the first part of this season.

“There is no question about his overall performance and his pace. He is a naturally skilled pilot and that is always something to admire. People who are naturally fast, who don’t need to search for data for hundreds of hours,” Verstappen told the AP. “These pilots already stood out when they were younger. They just have an extra compared to other drivers.”

Leclerc’s lead over Verstappen earlier this season was almost 50 points when Verstappen was forced to abandon two of the first three races.

Ferrari was expected to look fast around the Hungaroring track and led both practice sessions on Friday, with Carlos Sainz Jr. fastest in the first and Leclerc in the second.

In the second session, Williams driver Alex Albon spun the car before going off track by locking up his rear tyres.

McLaren had a good second session with Lando Norris finishing second, ahead of Sainz; but it was not so easy for Mercedes.

Russell struggled to enter the first corner, while Hamilton said the car was “unstable” after going off track later. Russell was eighth fastest and Hamilton 11th, with both roughly a second behind Leclerc’s fastest time.