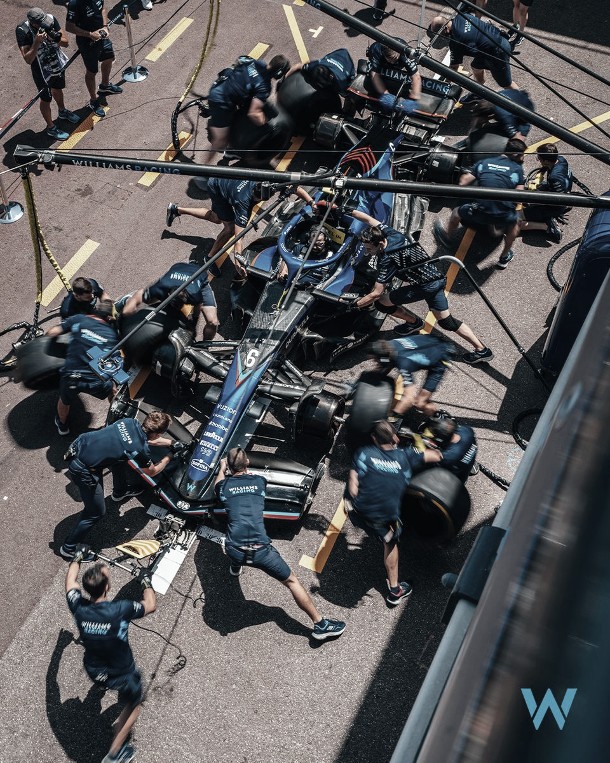 The budget cap imposed by the FIA ​​and Formula 1 for the viability of the competition that entered the financial regulations last year It has already claimed its first victimand it is not exactly a team high on the grid.

Is about Williamsa relative surprise, since the Grove structure did not seem to be one of the teams that should struggle for that aspect, although the failure to comply with the regulations has not come from using more money than allowed, but from failure to provide the requested documentation on time by the FIA.

This is how the Federation itself explains it, affirming that Williams failed to provide the required documentation in order to justify the expenses corresponding to last year. The team had to provide the documentation on March 31 at the latest, being dated April 12 when the highest body responsible for verifying said data notified of the error made. After three days, Williams acknowledged the error and, despite giving explanations, the FIA ​​decided to execute the first punishment of the financial regulation.

That way, it is decided by the FIA ​​to sanction Williams with € 25,000which must be paid practically immediately, in addition to meeting the expenses arising from the investigationmoney that will go directly to the coffers of the FIA.

It will not be the only team to be penalized

The entire grid will be affected by the budget limit, Horner commented a couple of months ago. Great prizes: “All the teams at the top of the grid will be forced to exceed the imposed limit of 140 million dollars annual. The vote to change the current budget cap during the season requires a percentage of votes that currently does not arrive, ”she commented presciently.

“What we ask for is clarityas we don’t want to end the championship by going to the appellate courts in Pariswith evidence that this team or that team spent a million more or so.”

“With small teams, the FIA ​​has more control mechanisms, such as components that are transferred, gearboxes or suspensions. Even the teams that are sixth or seventh already know in advance that they will exceed the limit for some of those taxes effective,” concluded Horner.

The defending champions in serious trouble

“We are competing with more worn parts every time, carrying fewer parts than previously. Every weekend we come across situations such as serious accidents that can mean we can’t present a car or we have to improvise one”.

“If we don’t continually replace parts, we’d be spending a lot of money on the same parts. But we are not the only ones, the vast majority have this type of problem, maybe there is one or at most two teams that do not have problemsbut we must all work to find a viable solution”, he closed his statement to GPfans.