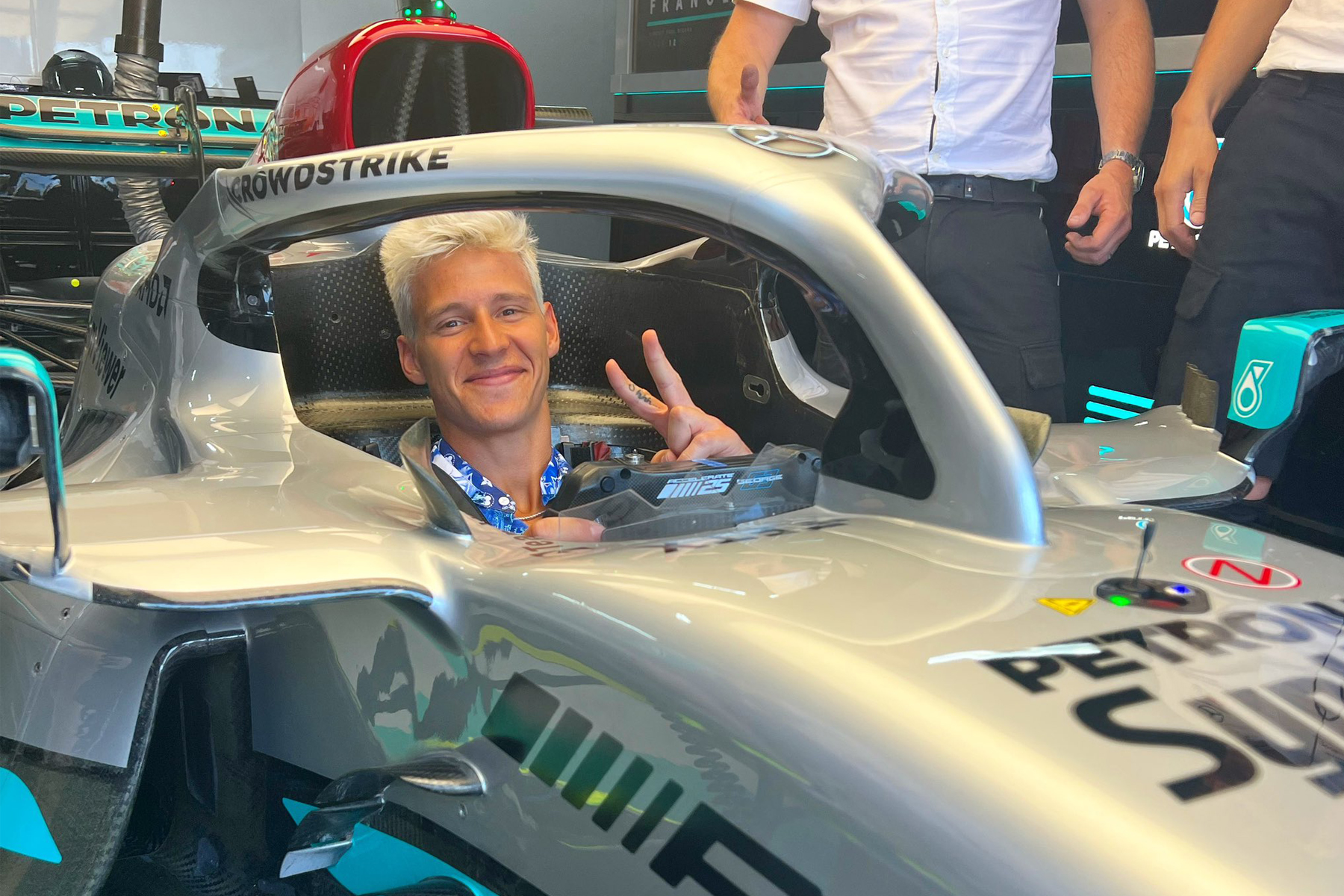 July 27, 2022 After the outcome of the MotoGP and F1 seasons Fabio Quartararo acknowledged at the last F1 French GP that he was working toget

After the outcome of the MotoGP and F1 seasons

Fabio Quartararo acknowledged at the last F1 French GP that he was working together with Mercedes-AMG to test one of their cars at the end of the year.

fabio quartararo He did not want to miss the last Formula 1 event at home: the French GP. In fact, it is not the first time that the Yamaha driver has been present in the F1 paddock. He also did it last season at the end of the championship, in Abu Dhabi. There, the French declared his intentions and desires to get on and try one of the carsspecifically the Mercedes AMG F1 M13.

In the last F1 French GP, at Paul Ricard, Quartararo entered the Mercedes box and even got into one of their cars to take the controls. That same day, the French recognized before the microphones of DAZN be working together to do a test on four wheels at the end of the year.

Both Yamaha and Mercedes share sponsor Monster Energy, so the possibility of being able to pull the strings so that Quartararo fulfills one of his dreams is quite possible. A change from two to four wheels reminiscent of those Valentino Rossi tests with Ferrari between 2004 and 2010. Or the last exchange of vehicles between Rossi himself and Hamilton in Valencia 2019, once the season was over.

The German and French teams have expressed on their social networks the desire to join on the track, even if it was in a private test, but it has not yet been confirmed. The decision could depend on the outcome at the end of the year. In MotoGP, Quartararo is defending the title and leading the current season, while Mercedes is suffering on the track, although improving, but they are still far from their hegemony in recent years.

Sitting comfortably? 😁 Bit different to your view in @MotoGP 👀 pic.twitter.com/03syfcQF7A