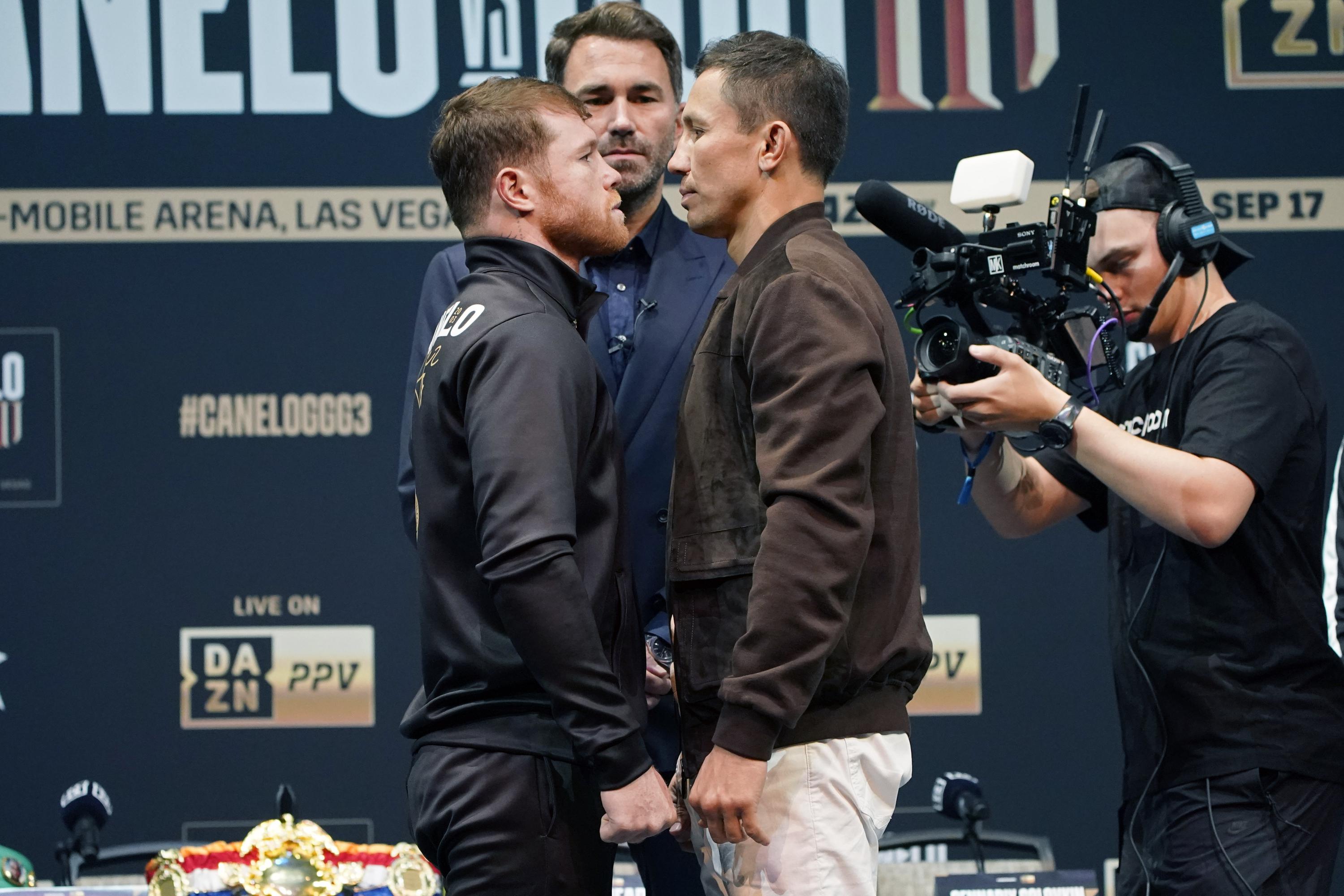 Saúl “Canelo” Álvarez and Gennady Golovkin's rivalry will reach one of the highest standards of excellence in boxing this weekend, when they comple

Saúl “Canelo” Álvarez and Gennady Golovkin’s rivalry will reach one of the highest standards of excellence in boxing this weekend, when they complete a trilogy.

From Muhammad Ali and Joe Frazier to Manny Pacquiao and Mexico’s Juan Manuel Marquez, most recent rivalries in the sport of fist fighting have culminated in three or more memorable fights.

Only the most compelling duels can draw fans to three chapters. And the sequels often define the careers of the contenders.

It’s hard enough to pull off a fight between rivals at the highest level possible in this age of fractures between agencies and promoters. But when two elite fighters put on one enticing match after another, they’re often rewarded with a shot at boxing immortality—and perhaps the riches that come with it.

The first two confrontations of this trilogy meet the characteristics of historical lawsuits. Álvarez and Golovkin fought a tough contest, ending with a controversial draw in 2017 although most observers in the ring say that Golovkin deserved the victory.

Álvarez won the second by a narrow decision. It’s the only loss of Golovkin’s career, in 2018.

And the tight decision of the judges infuriated Golovkin.

“I appreciate that we will fight a third time because I want to make it clear who is the best,” said the Mexican. “I know he feels the same way. And that’s what makes these fights great.”

Four years after “Canelo” and Golovkin fought their second fight, they will conclude the trilogy this Saturday in Las Vegas. The rivalry could add up to some of the best, though it hasn’t included the blood or knockouts that characterized many of the past.

Below, without prioritizing them, are some of the biggest duels that required three or more fights to resolve and that have captured the attention of boxing in the last half century.

The paradigm of the trilogies, both for the fighters involved and for the way they fought. Frazier won the first meeting of the undefeated heavyweight champions in 1971, one of the most highly anticipated events in the history of the sport. Ali took second by split decision in 1974 and won the sensational third fight—known in English as Thrilla in Manila—when Frazier’s trainer Eddie Futch stopped the brutal fight after the 14th round.

Two relentless fighters who created a classic rivalry. Their first matchup, in May 2022, was a brutal chapter in boxing history and remains a favorite among many fans. Ward won by a close majority. Gatti tied the series six months later. Ward took the rough third game, again by split decision, and both fighters ended up in hospital trauma units.

These two greats clearly brought out the best in their rival. Duran won the initial fight in 1980, but Leonard became a tougher, more powerful boxer. He showed it in the rematch, which forced the Panamanian to leave in the eighth round of the famous “No más” fight. Nine years later they met again and Leonard ratified his superiority by decision, in a rather anticlimactic match.

Two great Mexicans who gave everything in three fights over almost five years. The “Terrible” Morales won the first bloody matchup in February 2000 by split decision. Barrera took a more tactical second fight by unanimous decision, angering Morales. In November 2004 they met again, to an extremely close Barrera victory, by decision, after another fisticuff fest.

An underrated trilogy. Harding became the first Australian to be crowned light heavyweight champion after a vicious confrontation in which he stopped Andries in the 12th round in 1989. But the Briton stopped Harding a year later. Harding won the third matchup via split decision in 1991.

The Philippine and Mexican champions met four times in eight years. They tied in 2004 and Pacquiao overcame a split decision in his second meeting of 2008. Pacquiao won again by majority decision in the third. Marquez ended the rivalry in December 2012 with a spectacular sixth-round knockout that knocked Pacquiao unconscious.

Two talented fighters in an era of great heavyweights met three times in as many years. In the first meeting, held in 1992, Bowe looked better than ever in his decision victory. Holyfield won a close duel in the rematch, also remembered for a skydiver who crashed in the ring. The third confrontation was brutal: both fighters sent the rival to the canvas before Bowe became the first man to knock out Holyfield.

Another tetralogy of Mexicans, in the super bantamweight division, remembered for its violence. Marquez broke Vazquez’s nose in the first round of the opening contest. Vazquez eventually capitulated on his bench, but won the rematch, knocking out after fierce exchanges of fists. The third matchup occurred less than a year after the first, and Vázquez won by split decision. They met again for the fourth time and Márquez finished off Vázquez in a duel between two exhausted and battered opponents.

The most recent trilogy had moments of emotion between two heavyweights with contrasting strength and style. It looked like Fury was going to tactically win the first matchup in 2018 before Wilder dropped him in the 12th round. Fury survived and tied. Fury dominated the rematch and dropped Wilder twice before the fight was stopped in the seventh round. Both scored points in their third matchup in October 2021, but Fury finished Wilder in the 11th round.