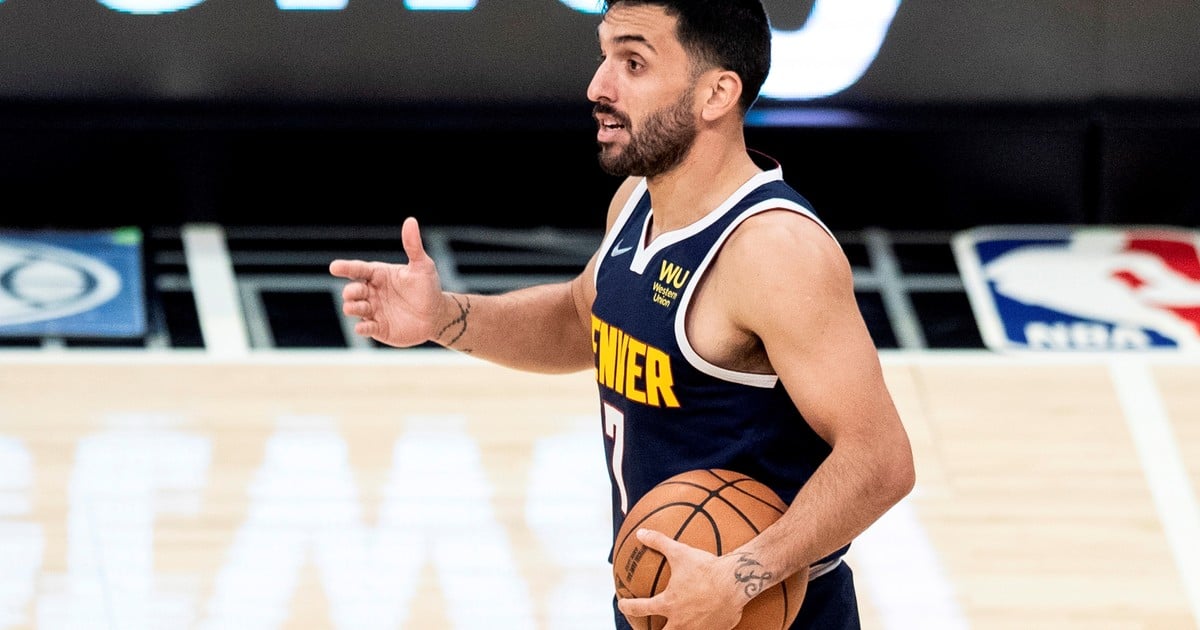 The Denver Nuggets returned to the path of victory in the NBA regular season after beating the Dallas Mavericks this Friday by a bulky 106-75, whi

The Denver Nuggets returned to the path of victory in the NBA regular season after beating the Dallas Mavericks this Friday by a bulky 106-75, while Facundo Campazzo won the applause of the public and his teammates with a great triple.

Still very far from the great statistics with which the last edition of the most competitive basketball league in the world closed, the base of the Argentine National Team had a discreet performance, converted six points (3-4 in free practice, and 1-2 in triples), two steals and two rebounds in 17 minutes on the parquet.

Also, a striking absence. It is that the former Peñarol de Mar del Plata and Real Madrid could not complete no assistance, his best virtue in the offensive facet.

About the close of the first quarter, when the score was 24-17 in favor of the franchise led by Michael Malone, the Cordoba faced Jalen brunson, he feigned that he was going to enter the perimeter and, with a step back, he took it off to launch unopposed and convert his first &#8211; and only &#8211; triple of the commitment.

The Nuggets were coming off two consecutive losses (against the Cleveland Cavaliers 99-87 and against the Utah Jazz 122-110) and needed a victory to reinforce their great start to the season, with two wins in the first two games (110-98 against Phoenix Suns and 102-96 vs. San Antonio Spurs).

They not only managed to prevail, but they did it with authority and with 31 point advantage. The top scorer of the local team was Will barton, with 17 points, while Jeff Green scored 14 and Aaron Gordon, 13.

For his part, Nikola Jokic, who usually tops the points table in each game, barely scored 11 points, while grabbing 16 rebounds and adding 8 assists in 25 minutes. The Serbian, who was chosen as MVP (Most valuable player) of the 2020-21 season, had suffered a blow to his knee in the last game and had not played the last two quarters.

Denver&#8217;s next meeting will be this Saturday as a visitor against the Minnesota Timberwolves, from 10 pm at the Target Center.

Bolmaro broke it on his G-League debut

Argentine Leandro Bolmaro made a great debut for the Iowa Wolves, the Minnesota Timberwolves affiliate that plays in the NBA&#8217;s G-League (Development League), by contributing a double-double for a 98-87 victory over Ignite in a preseason game.

Bolmaro added 20 points, 10 rebounds (two offensive), three assists and a steal. He shot with 50% efficiency (8 of 16, with 4 triples). He also made two fouls and lost three balls.

The Argentine was the one with the most minutes on the court of his team, with 36, an indicator of Minnesota&#8217;s decision: he lowered it to his team in the G-League (a lower league, reserved for players who are one step below the maximum) to gain more experience and get used to the American way, a different basketball than the one he played all his life. The NBA franchise you can check it back in at any time it&#8217;s from the season.

Tags: beating, facundo, a
which clubs want you and how much would they pay for your pass
Boxing: Concordian Leandro Blanc won on points and won three titles
Boxing: Wenceslao Mansilla was disqualified in a controversial ruling
NBA 807