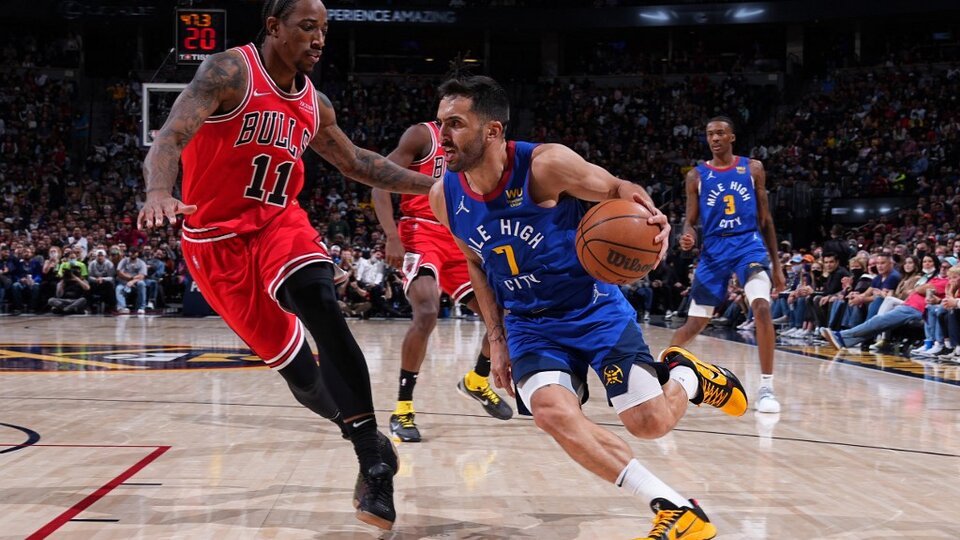 Facundo Campazzo had his best performance of the current NBA season last night. The Argentine guard again showed his magic in the Denver Nuggets g

Facundo Campazzo had his best performance of the current NBA season last night. The Argentine guard again showed his magic in the Denver Nuggets game at home against the Chicago Bulls: he scored 16 points and finished with four assists.

Beyond Campazzo&#8217;s good game, the Nuggets did not have their figure, the pivot Nikola Jokic, and fell from home by 114 to 108. In the season they have a record of 9 wins and 7 losses.

The match was played at the Ball Arena. Campazzo played 26 minutes and 48 seconds, totaling 16 points with 1-4 on doubles, 4-5 on triples and 2-2 on free throws. In addition, the former Real Madrid player contributed four assists, two rebounds, two steals, suffering a turnover and committing three fouls.

The top scorer for the Nuggets, who did not have Serbian pivot Jokic due to a sprained right wrist, was Aaron Gordon with 28, followed by Will Barton with 23; While in the Bulls Zach LaVine was the great figure with 36 points and DeMar DeRozan added 26.

Other results on Friday in the NBA

Tags: NBA, sports, Facundo Campazzo
NBA: The Suns crush the Nuggets with 48 points in the first quarter!
NBA: The controversial Campazzo, lost in the controversy, does not find his magic
NBA: JaVale McGee blames Shaquille O’Neal for hurting his career by mocking his worst plays
NBA 784