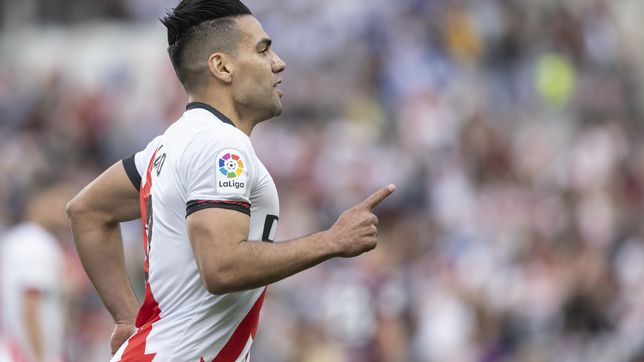 Colombian striker Radamel Falcao García continues to enjoy his vacation before beginning the preseason with Rayo Vallecano, after confirming his re

Colombian striker Radamel Falcao García continues to enjoy his vacation before beginning the preseason with Rayo Vallecano, after confirming his renewal with the Madrid team for the 2022-2023 campaign and with whom he hopes not only to stay in the first division but also to try reach a position in European competitions.

However, from Mexico they would have been interested in him to have his services next season. According to the Mexican journalist from TV Azteca, David Fernando Felix, the Colombian attacker was offered to Toluca through the agency led by his representative Jorge Mendez.

“Knowing that Toluca wants a cartel-level front center, Jorge Mendes’ company Gestifute, one of the most important, communicated directly with the Toluca board to offer the services of Radamel Falcao,” David Medrano assured in his twitter account.

In addition, he added that although Toluca is interested in the proposal to hire the player, they handle other important options since they want a level striker, after the hiring of Luuk De Jong could not be carried out, since the Dutchman rejected the offer. performed by the Mexican team.

For now, the Tiger who is with his family spending his vacation visiting Miami, a city where he will play a friendly match at Inter Miami’s Lockhart Stadium with Roberto Carlos and Ronaldinho, as well as several stars such as René Higuita, Pibe Valderrama , Rodrygo, Vinicius Jr, Dybala, Militao, among others.