Falcao, Ronaldinho, Roberto Carlos and Rivaldo give a soccer recital in Miami 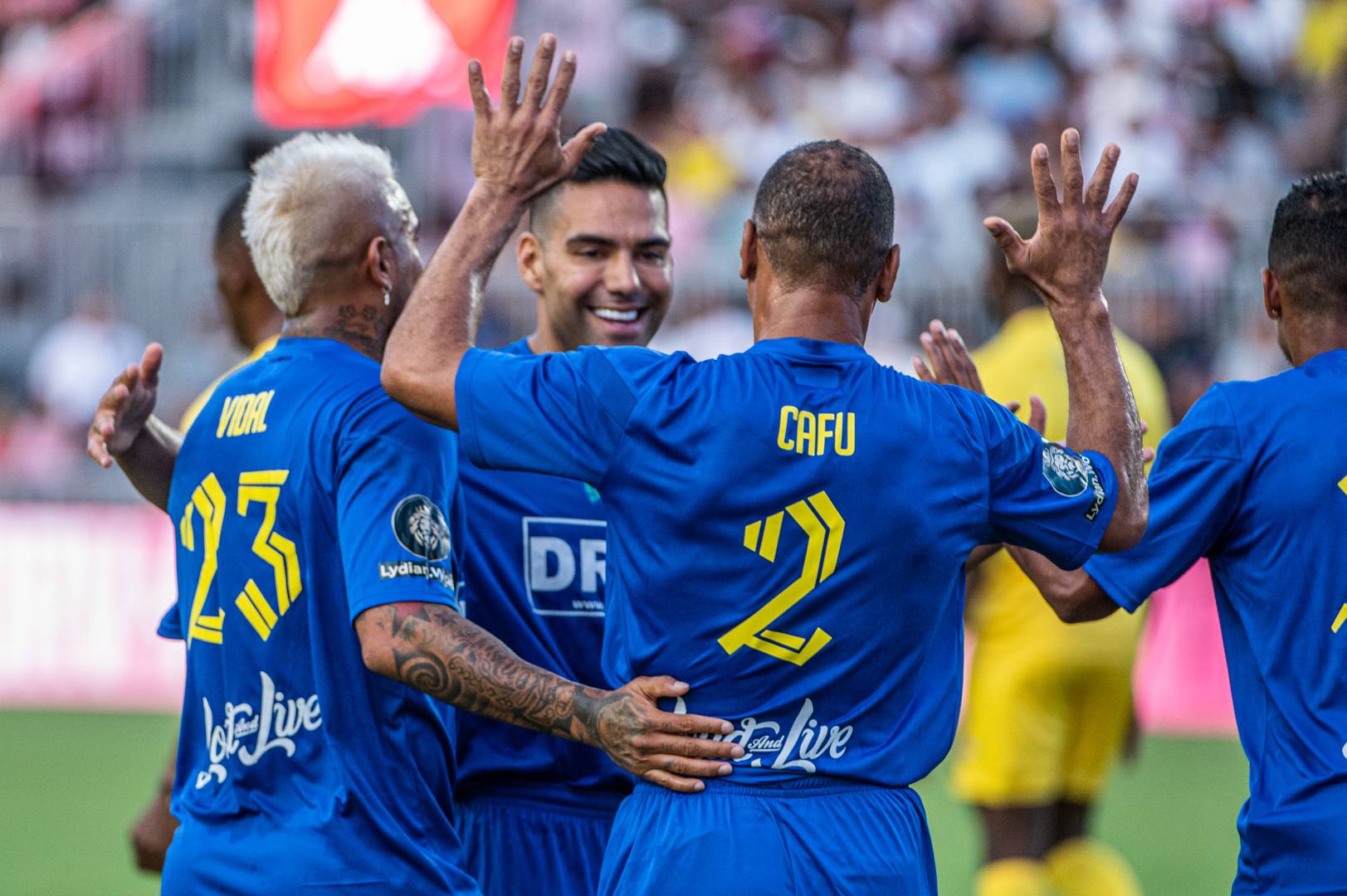 Roberto Carlos’s team ended up winning 12-10, with Ronaldinho, Falcao, Rivaldo or Cafú on the list of scorers and Vinicius the protagonist with tremendous dribbles that ended in goal assists.

Higuita, at 55 years old, showed his talent with several interventions.

“For me, playing with these players was the best. Being able to meet with friends, players you see on television, being able to take them here was great, considering their agendas, with some players on vacation, others thinking about their contracts”, said Roberto Carlos, very happy with the result of the exhibition.

“We asked them to join us and most of them came, it was fantastic. A full stadium to see players like Ronaldinho, Mariano, Vinicius, Militao and many more. It was worth it,” he added.

It was the first edition of this exhibition, promoted in the United States as ‘The Beautiful Game by R10 and RC3’.