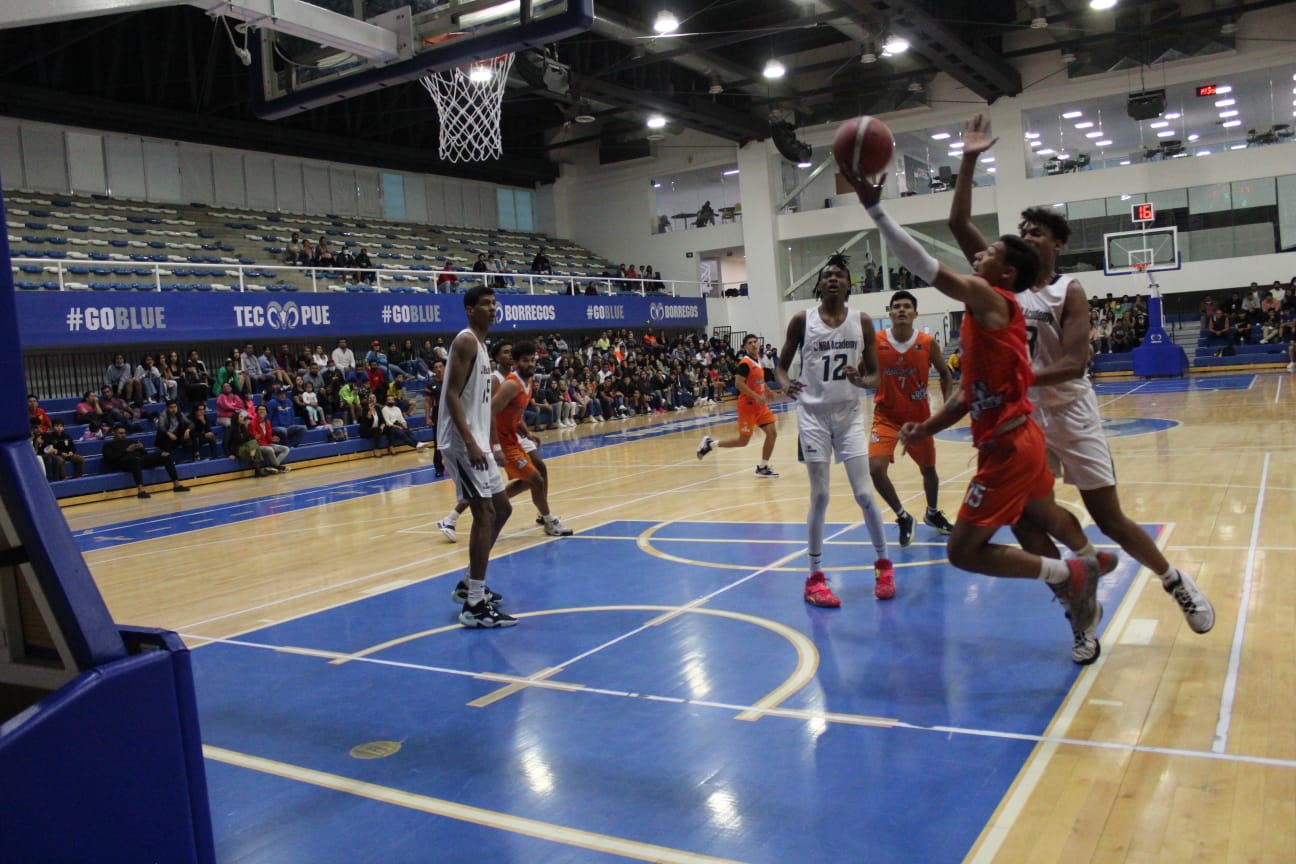 With the intention of preparing for the 2022-2023 edition of the Student Basketball Association League Division 1 tournament, the Halcones of the I

With the intention of preparing for the 2022-2023 edition of the Student Basketball Association League Division 1 tournament, the Halcones of the Interamerican University met forces with a team of great talent, such is the case of the NBA Academy Latin Americasame as, on tour in Mexico, faced a duel with the representative directed by coach Manuel Ordaz.

The match, held in the gymnasium of the Tec de Monterrey Campus Puebla, was a demanding test for the Halcones since the foreign team, which is made up of young athletes of notable international projection, showed speed and, above all, physical power.

However, the Inter Halcones lived up to the commitment because despite the fact that the victory corresponded to the visiting team by a score of 76-64, those led by coach Ordaz competed and staged a duel that at times was physical and that He was not exempt from spectacular plays, because in both hoops the dunks were recurrent.

Inter had a rotation of all its players and among them are Leonardo Díaz, Haddad Gutiérrez, Dominick Martínez, Camilo Preciado and Miller David Suárez, who led the scoring category by the orange quintet.

About the international game and what it contributes to the preparation of the Halcones, this is what coach Manuel Ordaz commented.

“You don’t always have the opportunity to play games of this kind and, without a doubt, it comes in handy. The NBA Academy team has a very good level because its players are boys from different countries who, due to their abilities, represent an institution where the best basketball in the world is played. The rival had players of good size and physical power and that helps us see where we are and where we are going”.

Coach Ordaz added: “It’s our first preseason game and it serves us well. We had a couple of roster exits, but we’re pretty much the same team that made it to the Big Eight. We have a team that is going to compete and that, based on the preparation we will have and all the games that are coming up, will be ready for the start of the ABE League”.