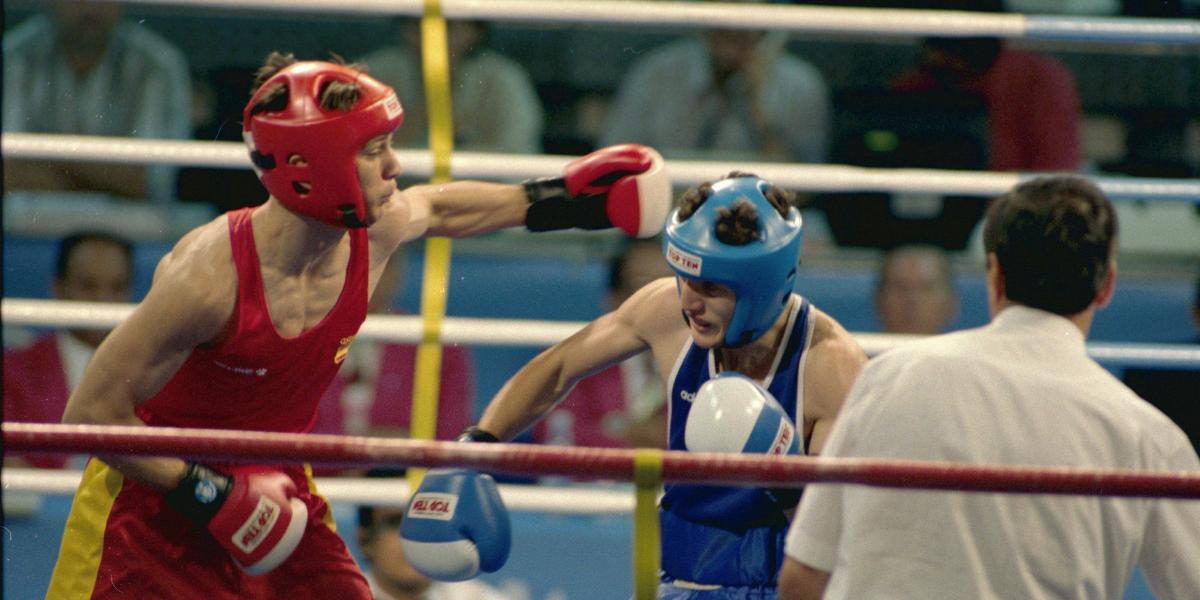 Theodoraconfined to a wheelchair, shelters from the sun under the shade of a square in Marchena (Seville) to talk about the boxing silver medal at Barcelona ’92 Faustino Reyes Lopez (Marchena, 04-04-1975), one of his seven children. “I am 68 years old, a girl takes care of me because 12 years ago she gave me a ictus and I have half a body paralyzed. I live with a pension of 600 euros”, clarifies Teodora López, who gets on a beautiful journey to the past to eclipse for a while the memories of the misfortune that has scorched the family Reyes Lopez including Faustino, in prison since November serving a light sentence of two years and a half for non-compliance with a conviction for an alleged home invasion without violence.

“My husband died after an open heart operation 8 years ago and I also lost a son due to colon cancer. Good luck to my 9 grandchildren, they take away my senses”, explains Teodora, resigned but whole, who went barefoot for two months after the Games because of a divine promise. And she can’t help but give herself to the emotion when talking about Barcelona and the Faustino, that boy then of 17 years.


“Barcelona ’92? That is the greatest! ”, She highlights with tears tearing Teodora’s words. “I remember it as if I were living it, every day, every night. It was divine above all the King’s thing in the locker room with him after the final match. “Come in, come in to say hello to your son, who has deserved it”, he told me. What a hug he gave Faustino. And he didn’t mind getting stained with sweat. I keep the medal in a piece of furniture in the living room and take it out from time to time”, she tells, expanding with great joy, Teodora. And the adolescent and innocent Faustino could not think of anything else but to give the most intimate garment to an admirer. “A volunteer asked him to give her something and he gave her underpants!”, tells his mother in an anecdote that manages to get a laugh out of him.

Contacted by MD through his mother, Faustino Reyes He has been willing to grant an interview to remember his milestone, but the obligatory and slow process through the prison to speak with him has not yet made it possible to contact him.

“Faustino’s medal is the greatest, I remember it as if it were yesterday, every day, every night”


Blows you give and blows that life gives you, he couldn’t get away from the lunatic dichotomy that catches many boxers Faustino, the humble and noble serious young man with a stylized face and angelic gaze who, rather than lose a gold, won a silver, caught every witness live and in person with his self-confidence and charisma and he shook the poverty of his family with blows.

With the passionate but orderly and technical boxing to which his teacher and almost father had induced him, Ferdinand Serrathe one who became the youngest ever Olympic medalist in the ring knocked down in Badalona in the former Joventut pavilion in Featherweight (54 kg – 57 kg) to everyone who challenged him. British Brian Carr, Thai Somluck Kamsing -gold in Atlanta ’96 after eliminating Floyd Mayweather-, to the Cuban Eddy Suarez and to Georgian Ramaz Paliani.

Faustino Reyes, in a report for MD

fiery but a bit forgetful -and warning that, no matter how tough he was, he was still a child-, Faustino fell into irreversible carelessness before the final against the German Andreas Tews. “He left his mouthguard and boots in the Olympic village,” recalls his mother. The Cuban guy Juan Carlos Lemuswelterweight gold (63 – 66 kg), had the courtesy to lend him both his mouthguard, which he bathed in bleach, and also his boots. When she put on those shoes, she was already dressed in defeat, unable to dance as elegantly and skilfully as she did on the ring to dance on boots. two sizes larger. But that beardless kid who was going to gain experience and seemed like he couldn’t help but look at the medals took one.

“The objective was to gain experience in the face of Atlanta ’96. Well look where I go and get a medal”, said Faustino, still the youngest Spanish male Olympic medalist. It was his mother’s turn to fulfill his part of the divine deal. “I am very religious and I made the promise to walk barefoot. I did it for two months, Faustino convinced me to stop doing it, ”recalls Teodora, proudly showing off the affection her son professes for her. But that medal had a dark reverse.

“He earned money (a million and a half pesetas) and they gave him a car and many friends began to hit him, he invited everyone. That’s how his youth went.” Theodora has grief. Faustino, so formal and exemplary then, let himself be trapped by the perverse disordered passions of youth and began to get close to the drugs. That anarchic way of life disgusted and angered Ferdinand Serrathe coach, who more than appreciated, loved Reyes by adopting him in his house in Almería with only 13 years to polish him, to turn him from a lousy to a good student, a boxer who not only hit, but also thought. “With Serra it was only always up”, emphasizes his mother.

He left his usual coach and that break with Serra did Faustino no good, who despite going to train with the Spanish team and being champion of Spain in 1995 among other merits, It would never be what it could have been, away forever from repeating the resounding success of Barcelona ’92. Despite failing in the pre-Olympic, he was waiting for him in Atlanta ’96 after an invitation from the IOC. But Arab Emirates He offered a lot of money to the organization to take a boxer, Reyes lost his place and was told that he would stay at home. “A wrong life and leave Serra, my second father and half of my medal, a wrong decision.” He has admitted regret in several interviews since then. 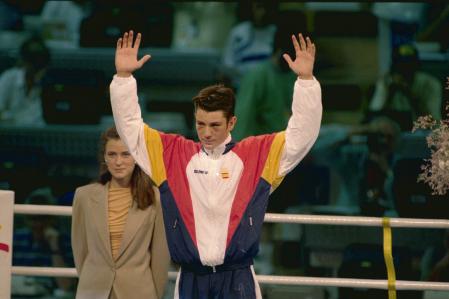 The boxer, at the medal ceremony

He was fooled by drugs but managed to tell them the truth and get rid of them in a detox center. He undertook founding a boxing school in Marchena But it didn’t work out and in recent years he made a living selling in the market of his hometown. Today one of his ways of escaping from prison is with his fists, but of the nobles.

“He didn’t box for a few years but now he trains there in prison. Mr. Leiva (COE sports director) brought him a box with clothes”, explains Teodora. “On his desk is the birth certificate. the pension which give the Barcelona medalists 70 million pesetas (420,000 euros) at the age of 50. He has a 26-year-old daughter in Germany, he wants to go to Almería and buy a flat there and also a car. Faustino always tells me that if something happens to him, the money is for me, but let’s see if when he collects it he remakes his life, ”he says. Theodora Lopez about the other benefit of Faustino’s Barcelona silver, perdition yesterday, pride today, and hope tomorrow.