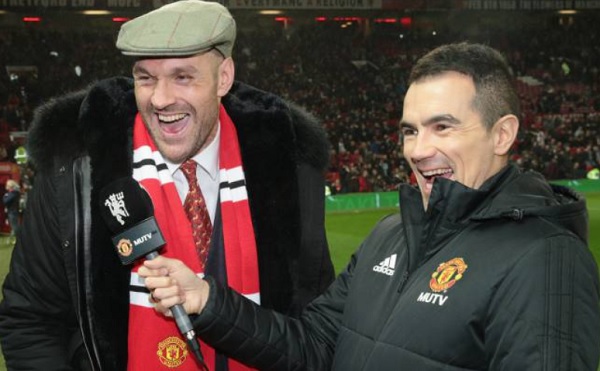 Many are football fans who support a team. Mainly in the United Kingdom and also in other European countries, such as Sp

Many are football fans who support a team. Mainly in the United Kingdom and also in other European countries, such as Spain, where we can list fighters who have their favorite team.

*Tyson Fury and Anthony Crolla (Manchester United)
The world champion has been watching Manchester United on occasion and also expressed his desire to play one of their matches at Old Trafford.

*Anthony Yarde and James DeGale (Arsenal)
The British light heavyweight does not hide his love for Arsenal and was even seen wearing a Gunners shirt in his training sessions when he was going to face Sergey Kovalev for the World Cup.

* George Groves (Chelsea)
The Briton always spoke of his desire to fight at Stamford Bridge during his career, but sadly an opportunity never arose before he retired.

*Callum Smith (Liverpool)
He is a huge Liverpool fan, as are his brothers Paul, Stephen and Liam.

Chilean soccer position table updated today: date 29 | 31 October
Charlyn Corral and the Mexican National Team, the return is drawing near
He joins the great contracts in the history of Mexican soccer
FOOTBALL 3768

Loading...
Newer Post
Pro-Am San Isidro Golf Club, Copa LA NACION: the return of the contest with the talent of the boys
Older Post
Boxing: Scar Valdez is injured and postpones his return to the ring