Feat of Alejandro del Rey, with 58 hits and 14 under par 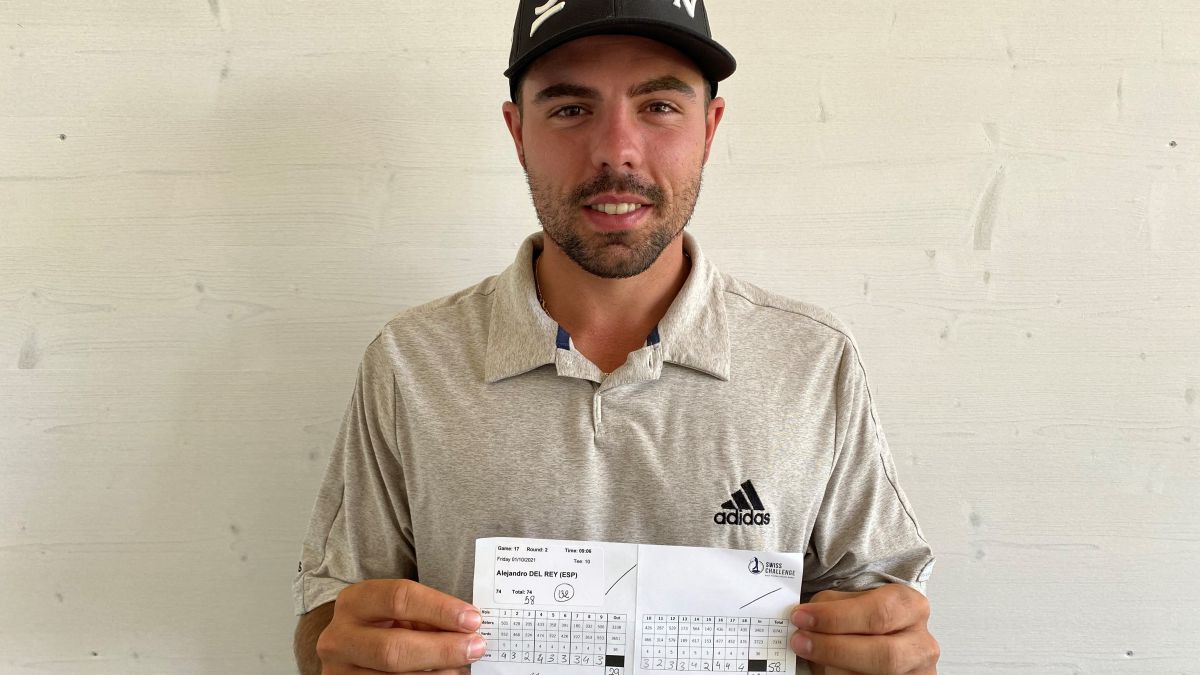 Alejandro del Rey entered the history of Spanish golf ... and worldwide. The 23-year-old from Madrid and one of the great national promises in th

Alejandro del Rey entered the history of Spanish golf … and worldwide. The 23-year-old from Madrid and one of the great national promises in the medium and long term, completed a magical return with a 58-stroke card (14 under par). He got it on the second day of the tournament Swiss Challenge which is being played at the Saint Apollinaire club, in Michalbach Le Haut (France). Within the round he made eight birdies and three eagles. It is the first time that a player has achieved a result of fourteen below par. There is an important detail: during the tournament, it is allowed to clean the ball on the fairway due to mud, so it is likely not to be homologated, which does not take away the difficulty of the feat.

Total, improved by 16 strokes from his performance on Thursday, on the opening day. After the second day, it rises almost 100 positions (94) to place himself in second position, one blow from the leader, the Austrian Lukas Nemecz. Del Rey joins an exclusive club of golfers who have logged 58 rounds on major tours, adding his name to the list with Jim Furyk (PGA TOUR, 2016), Stephan Jäger (Korn Ferry Tour, 2016), Ryo Ishikawa (Japan Golf Tour, 2010) and Kim Seong-hyeon (Japan Golf Tour, 2021): all of his rounds were 12 under par on par 70 golf courses.

“It was great golf overall and for a round like that you need a couple of good rebounds that I got today,” Del Rey said after his performance. “I should take a nap because I need to, but I don’t know if I can because I’m quite excited. Tomorrow is a whole new day, and that’s golf. Yesterday I finished with 74, which is crazy, so today is just another. round”added the Spanish.

There are numerous occasions that Del Rey was compared to Rahm … and it is that the Madrilenian has several similarities with that of Barrika. At the end of 2018, he was proclaimed amateur world champion and tanned at Arizona State University, the same one that the Basque attended. “After what Rahm did, in Arizona they expect a lot from the Spanish,” Alejandro del Rey said years ago in AS. After this performance, win integers for invitations to next major tournaments. In 2020, it was ranked 806th in the world ranking. Months ago, the 472nd. Last week, the 392nd … and going up.