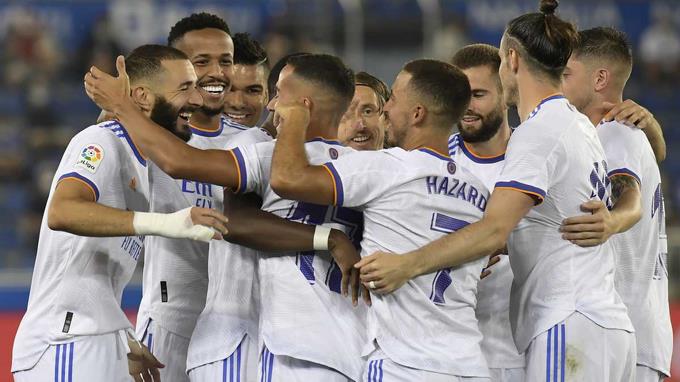 The time of the "fat cows" is over. A monster called the United Arab Emirates imposes a new route on Sports King, and the bizarr

The time of the “fat cows” is over. A monster called the United Arab Emirates imposes a new route on Sports King, and the bizarre contracts offered by the world’s largest club, no longer “tickle” owners capable of buying everything. Just as you read it!

This is attested by “with letters in stone” the most recent and rabid struggle -Real Madrid and Paris Saint Germain to have the top striker Kylian Mbappé- leaves no trace that the most winning giant of universal sport, today has “lost ”The war that he always won in football: getting every player who proposed based on tradition and coffers full of money.

Because, the Iberian galactic is no longer close to being the most powerful, much less the main of historical signings. The position was taken from him with oil blows with the “extra planetary” PSG. And the super rich English man Manchester City also joins.

The French club not only has a super expensive squad (EUR 1,050 million), but with the most powerful owners on the planet the Qatar Investment Authority, a state entity that manages more than 350 billion dollars “idle” of oil. But very similar happens with the club of yore of the Premier League (owned by the UAE).

The “stone and the egg”

The king of kings or Real Madrid always boasted of having on staff the most splendid figures at the time, understand the Ronaldo Nazario da Silva, Zinedine Zidane, Figo, Cristiano Ronaldo, David Beckham and an innumerable caterva, who “died” in the coffers of the White House. In some cases, but minor: the archrival Barcelona. In any case, Spain in a general sense always imposed its royalty in the greatest sport on Earth.

And although the English league had sparks of great figures for a short time, money always took them away on the way to the Santiago Bernabéu; while the French circuit still saw its own countrymen shine from television, in which until the departure of the extravagant Portuguese or “CR7” it remained the strongest in the world.

But in 2011, the oil ocean of the peninsular Qatar flooded the French with the purchase of PSG and almost simultaneously in time the Sheikh of Abu Dhabi, Khaldoon Al Mubarak, did the same, a club that has entered a clear bid with the Frenchman for the best chips in the world.

The French club that would go from the most miserable to the most ostentatious in the Earth’s treasure, gave such a strong blow at the financial table in 2017 that the brand still lasts, when it signed Neymar for 222 million euros, at a time when the club de La Castellana wooed him to leave him on the sidewalk of the most staunch ecumenical rival, Barcelona. And history repeated itself now in the transfer market concluded in August.

The almighty white club, which never lost a battle in the signings, was left “like a parrot in the stake” and “bitten tongue, included” when it saw that PSG rejected EUR 200 million for a Mbappé that will already be free in January (for pre-transfer), because it would arrive in Spain “free”: the money is let slip openly.

There is already talk that PSG flirts with “clean ballots” with the Norwegian – from Borussia Durtmond- Erling Haalang, whom Real Madrid also wants to add with Mbappé, “yes or yes” from 2022, and that like the French, will leave the club free of transfers.

But very similar demonstrations have been given by the super magnates of Manchester City, who just had the luxury of reinforcing their squad with 139 million euros for the superstar Jack Grealish.

Today, these two clubs head a selective group, full of coffers such as Chelsea, and the not so much Bayern Munich, take the favor to win everything in Europe, leaving the most winning sport “as a piece of museums.”

And they are the undisputed most powerful on the planet when wallets are opened. The City has invested a total of 1.835 million dollars in the last ten years; while the club of Qatari owners took out 800 million, only in transfers! The full figure is close to US $ 1,700 million.