FedExCup: what it is, where it is played, how it works and golf playoff standings 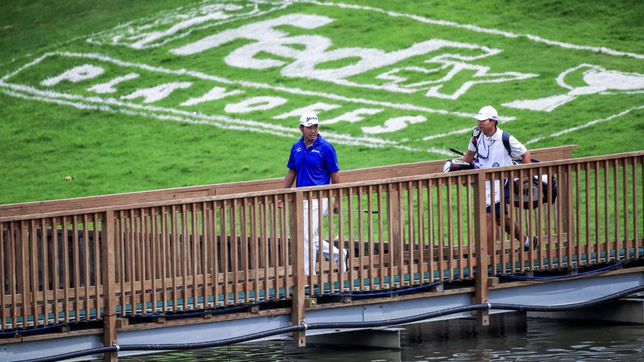 All set for the start of the FedExCup playoffs. For three consecutive weeks, three tournaments will decide the final winner of the PGA Tour, who w

FedExCup: what it is, where it is played, how it works and golf playoff standings

All set for the start of the FedExCup playoffs. For three consecutive weeks, three tournaments will decide the final winner of the PGA Tour, who will pocket 18 million dollars. This Thursday’s FedEx St. Jude Invitational will open the playoffs, in which the top 125 finishers of the year (this time it will be 122, since Fleetwood, Berger and Griffin are absent) will fight for glory. And the magic of these events is precisely that nothing is guaranteed and everything can change from one week to the next.

What is the FedExCup and how does it work?

The FedExCup is the competition that serves to designate the final winner of the PGA Tour. Throughout the season, each event that takes place on the North American circuit distributes a series of points to the players based on the position in which they finish the event (normally 500 points for the winner in a regular tournament and 600 in majors). . Once the Wyndham Championship, the last tournament of the regular season, is over, the 125 golfers with the most FedEx points automatically qualify for the playoffs.

These playoffs or qualifiers are made up of three tournaments, which are played consecutively. The first of them is the FedEx St. Jude Invitational (August 11 to 14), in which the top 125 in the ranking participate, and there is a cut after 36 holes, which is only exceeded by the first 70 classified. This tournament awards 2,000 FedEx points to the winner (four times that of a normal event), so there can be a lot of changes in the rankings. The following week is the BMW Championship (August 18-21), in which the top 70 FedEx qualifiers play after the St. Jude Invitational. In this event there is no longer a cutoff, and again 2,000 points are awarded to the winner.

The final event is the Tour Championship (August 25-28). Only the top 30 in the FedEx ranking after the BMW Championship enter this tournament, and the points are reset: whoever wins this event wins the FedExCup. Of course, before that, an advantage is given to those who bring a better classification, in order to reward their good work during the year or in the playoffs. The top FedEx qualifier at that time will start the Tour Championship with -10 on their card. The second will start with -8, the third with -7… The last five (from 26 to 30) will start even, so they start very far from victory. The champion of the Tour Championship after four days of classification and without cut, will be the one who pockets the 18 million dollars.

Where is the FedExCup being played?

Each of the three tournaments has a different venue, all of them in the United States. The first of these, the FedEx St. Jude Invitational, will be played at TPC Southwind Field in Memphis, Tennessee. Following this, the BMW Championship will be held at the Wilmington Country Club in Wilmington, Delaware. Finally, as usual, the East Lake Golf Club in Atlanta, Georgia, will be the home of the Tour Championship.

Before the start of the FedEx St. Jude Invitational, Scottie Scheffler leads the championship ranking thanks to his four victories (one of them in Augusta) and nine top-10 in the season for a total of 3,556 points. More than a thousand points behind is another major winner, Cameron Smith. The only Spaniard in these playoffs, Jon Rahm, starts in 16th position after an irregular year. However, the one from Barrika already knows what it is to touch the final victory, and a victory in one of the first two events can catapult the Basque.