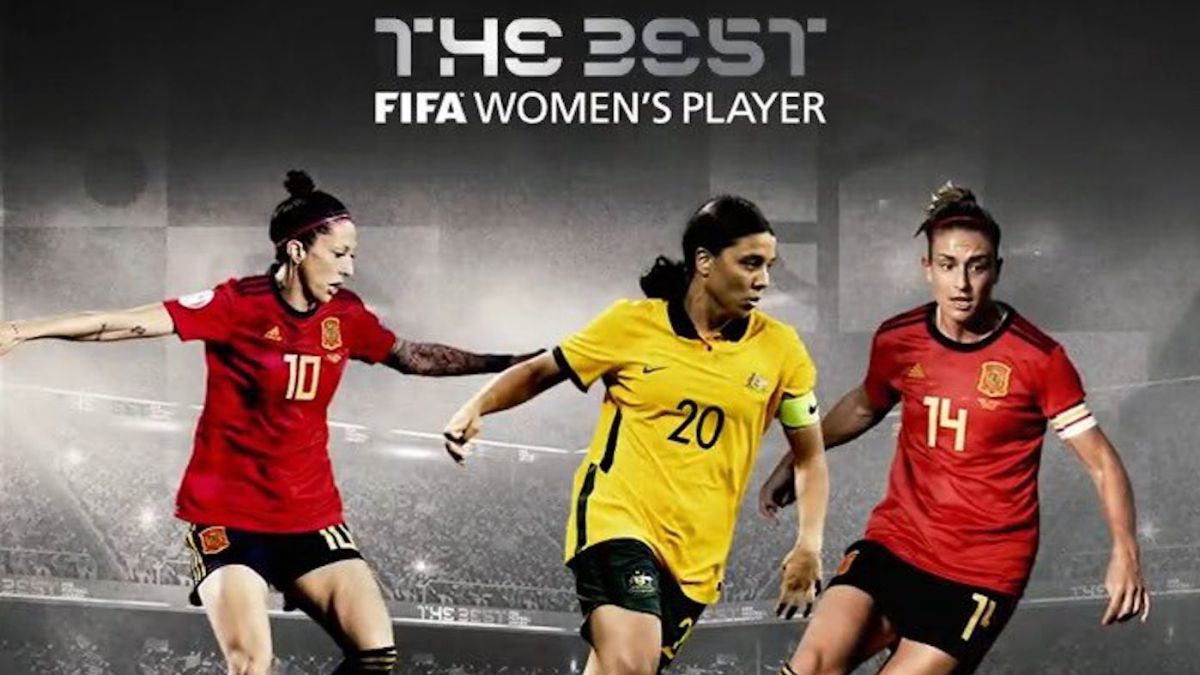 The Best already has its three finalists with a great Spanish presence. Two soccer players from our country are nominated among the three best in

The Best already has its three finalists with a great Spanish presence. Two soccer players from our country are nominated among the three best in the world for FIFA. Alexia Putellas, the brand new Ballon d’Or and UEFA’s best player, and Jenni Hermoso, who won the Silver Ball and is the top scorer in world women’s football, are competing for the award alongside Chelsea’s Australian Sam Kerr.

The Barcelona midfielder, Alexia, is the great favor to win the award and thus make full of individual trophies in a spectacular year of the Catalan who is still in her best moment. Meanwhile, Jenni Hermoso, second best player for France Football, world top scorer in women’s football and only surpassed in planetary football by Robert Lewandowski, is also opting for the award after a very great season with her team’s treble being one of the leaders of the azulgrana team. Along with them Sam Kerr. The Australian has been the top scorer in the WLS with Chelsea and a finalist in the Champions League as well as a good role in the Tokyo Olympics.

On January 17, the winner of the award will be known in its sixth edition in which a Spanish woman can lift the prestigious trophy for the first time. Before, footballers of the stature of Carli Lloyd, Megan Rapinoe, Lieke Martens, Marta Viera and Lucy Bronze have already won the award.

There is also a Spanish presence in the nominations for the best female soccer coach of 2021 and, how could it be otherwise, it is Lluís Cortés. The former Barcelona coach made history with the treble and the first Champions League for Spanish women’s football and is among the three candidates for the prestigious award alongside Emma Hayes, Chelsea coach, and Sarina Wiegman, coach from the Netherlands and now England. It would also be the first time that a Spanish coach wins the award. In fact, last year it was won by Sarina Wiegman, as in 2017, and Emma Hayes was third. The Dutch has also been second in 2019 and 2018.

Nominated for the best coach.