FEMALE FOOTBALL Barcelona continues to do its thing 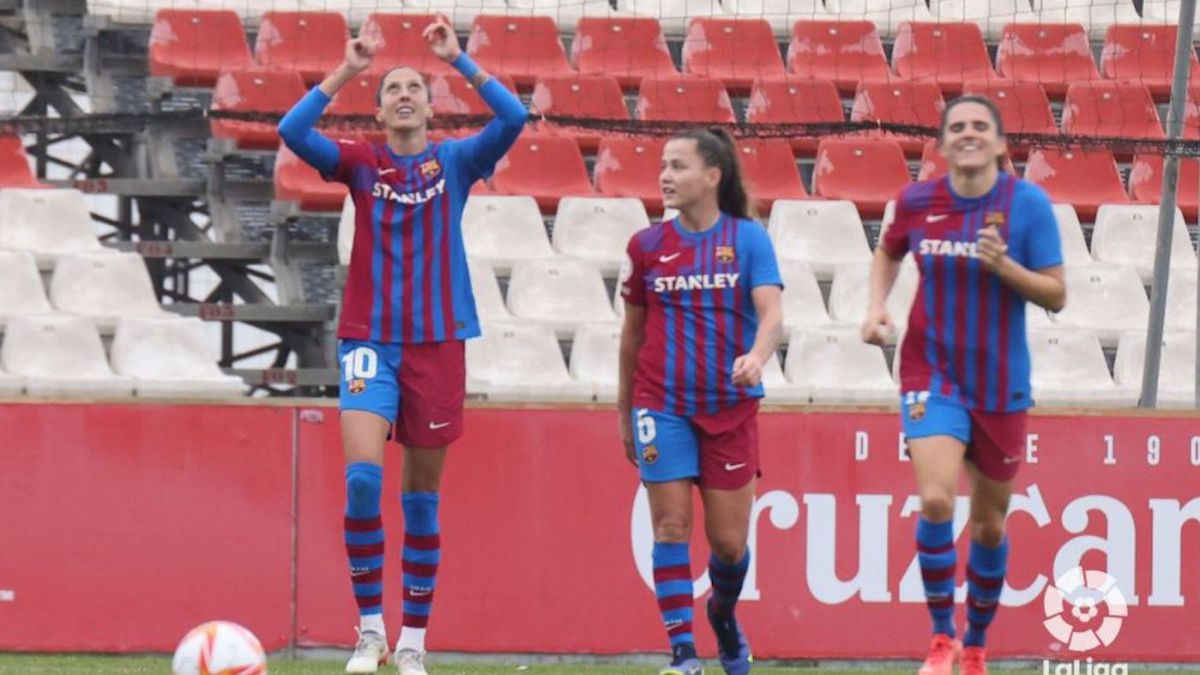 Barcelona continues to do its thing. The Catalans maintain their full of victories this season and count practically all their duels by goals. In

Barcelona continues to do its thing. The Catalans maintain their full of victories this season and count practically all their duels by goals. In fact, before Sevilla beat their record this season by scoring ten goals for the Sevillans who were very fast behind on the scoreboard and did not know how to react to Barça’s superiority. Jenni left with a poker, doubles by Crnogorcevic and Rolfö, goals by Pina against her former team and Mariona after injury. A perfect match in which, in addition, Jonatan Giráldez was able to rotate. The only mole is the conceded goal scored by Eli del Estal.

Giráldez left with rotations in his policy that they are all important. Pereira, Cata Coll or Pina were headlines with a great performance by the former Sevilla player who returned home and did so with a great game, a goal included. The youth squad came out in the center of the field with Alexia and Patri with Rolfö, Jenni Hermoso and Crnogorcevic in attack. And it was fundamental in all the Barcelona goals. The first came from the Madrilenian on the first play, finishing off a ball from Rolfö in the area. At six minutes it was Crnogorcevic who made the second A pass from Mapi and at 17 ‘the Swiss repeated after assistance from the Swede. In all of them, Pina was important. Barcelona dominated and commanded, although Payne gave a scare in a quick action that Cata Coll took out with a great intervention. Jenni Hermoso, a pass from Alexia, and Rolfö, after Jenni’s assistance, made the fourth and fifth, Nevertheless, Another great shot from Nagore from the edge of the area sent him to a corner Cata Coll and, in the corner kick, the Mallorcan goal went wrong and Eli del Estal took the opportunity to put the 1-5 before the break.

With the party decided, Giráldez came out with three changes. Mariona, Aitana and Paredes entered to give Alexia, Mapi and Crnogorcevic a break. And the goals continued falling with a Seville put back that did not finish repelling the Barcelona attacks. Rolfö made the sixth and Barcelona took their foot off the accelerator. More changes and breaks to kill the game in the final stretch. Claudia Pina achieved the desired goal in 82 ‘, in 83’ it was Mariona who managed to score in what is her first goal after the injury and Jenni Hermoso scored two more to close his private account with four goals and that of Barcelona in ten. Goleada to add 68 goals in eleven games and full of victories. Barcelona still has no rival …

REFEREE: Arrantza Gallastegui Pérez (Basque committee). There were no reprimands.

Ralf Rangnick: “Football is about control”
These were the ones called by Rueda who scored a goal in foreign football | THE UNIVERSAL
PSG seeks without Messi to expand leadership in French football
FOOTBALL 750