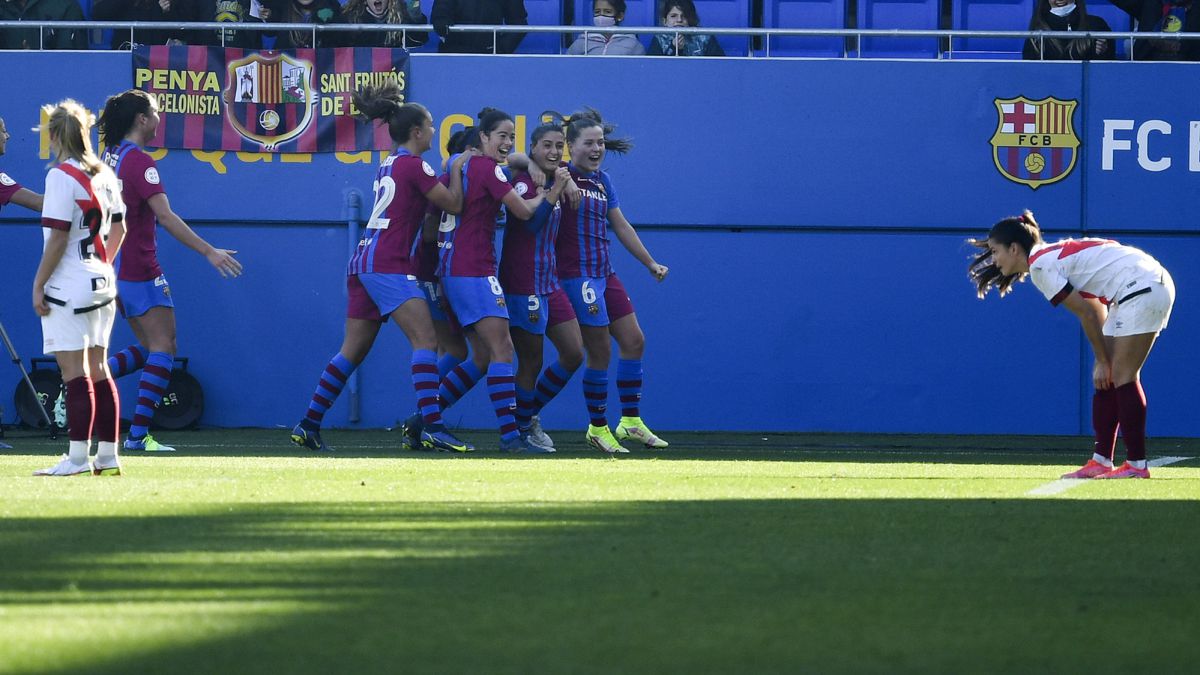 Barcelona is a machine. Even when he doesn't have his day. Or the rotations put many of the less common in the field. When pillars like Patri Gu

Barcelona is a machine. Even when he doesn’t have his day. Or the rotations put many of the less common in the field. When pillars like Patri Guijarro or Mariona are missing. And when he does not find the key to have a comfortable game. The Catalans knew how to suffer before a Rayo, in descent, who stood up with clear ideas: well together behind to avoid spaces and go against it. Thus, the franjirrojas could give a scare to a Barcelona that maintains its full of victories, reaches a hundred goals so far this season and shows that it also knows how to suffer …

Giráldez took advantage of the visit of a team in decline to rotate. Paños, Irene Paredes, Alexia or Rolfö to enter Gemma Font, Jana or Pina. And, as usual, the Catalans dominated the ball and the game. Aitana commanded the operations in the spinal cord in the absence of Alexia and Hansen and Martens did mischief for the band. But nevertheless, Barça was imprecise in the last pass, failed in the shot and without that bite that makes him unstoppable. Also for the good work of a Rayo who closed ranks in the center of his defense with two well-attached lines and let the Catalans look for the bands, where the defenders were imposed from above. Until, from a corner, Hansen put in a perfect center and Jana, unmarked, made it 1-0, the hundredth for the Catalans so far this season. It smelled like a thrashing. Jenni ran into the crossbar at another Hansen cross. But the Lightning warned of his intentions. Iris had it in a heads up, but Gemma Font won the game. Barça kept trying, but he didn’t have his day.

The minutes passed without the Catalans being able to sentence the game, so Giráldez pulled Alexia and Rolfö to close the duel without scares. It didn’t do much good either. Cabral made a great play that could have ended in something else if not for his revalon and Iris scored, but was annulled for offside. Marking was in danger and Barça was not comfortable. Nor is he used to having so little advantage on the scoreboard. However, in the last ten minutes, Barça sentenced. First it was Melanie Serrano, who had just left, who made it 2-0 with a shot inside the area after a pass from Torrejón. Later, already in 87 ‘, Jenni scored the third from the penalty spot and to reach the goal Aitana scored from outside the area after a bounce. Barcelona added another win, although suffering, and showed that also when things don’t go well they know how to win easily. Rayo left a good image, but it is still on the decline and will have to improve things a lot to get out of the lower part of the table …

And again, a Rayo Vallecano player had to be treated by Barcelona’s medical services. Shortly after starting the game, Isadora Freitas suffered a hard tackle and the Barça doctors assessed the Brazilian’s ankle. Then Rayo’s physio also came out to help, which depends on whether the referee gives him the go-ahead to enter the field.

But in the 35th game, another player from the Vallecas team had to be treated. Iris Ponciano she hurt her shoulder and the two people from the Barça medical service did not hesitate to go out to treat her.

These images are repeated weeks after the Athletic doctors had to do the same with the rayista Camila Sáez.

Soccer billboard for the weekend
LaLiga Grassroots, an initiative to promote grassroots football
“As a football lover, I wouldn’t doubt it”: the Sanhedrin’s argument for not giving Benzema the Ballon d’Or | The spar
FOOTBALL 1121