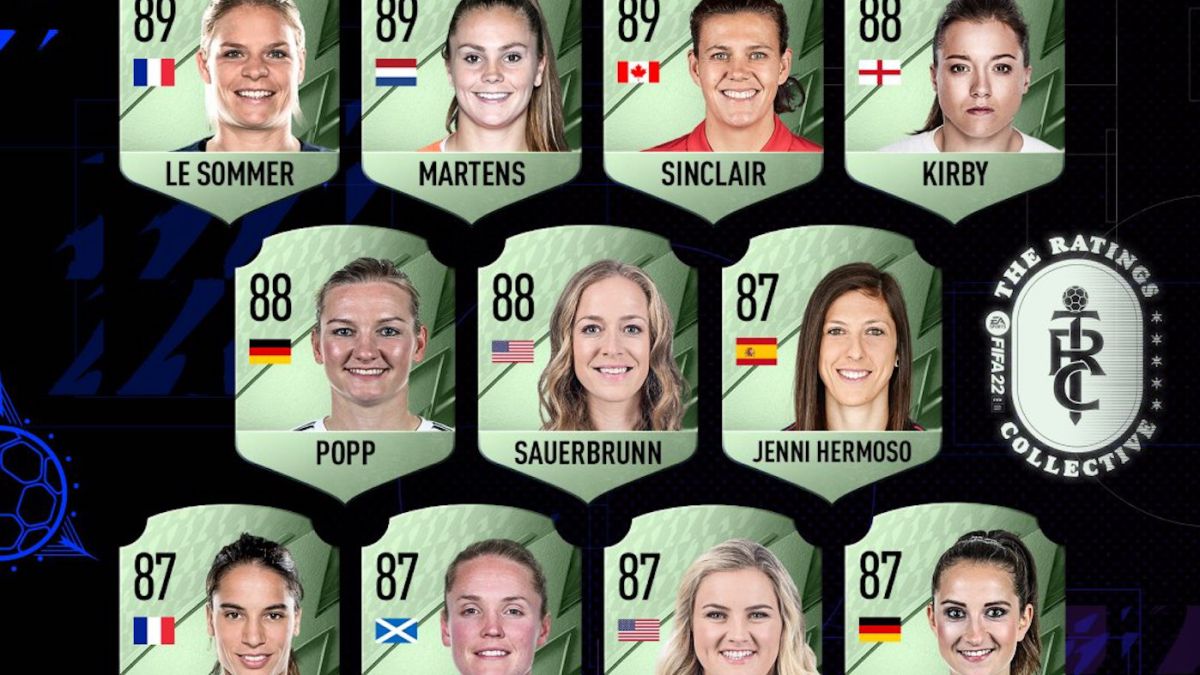 EA Sports have taken a ranking with what they consider the best players in the world. Among them, footballers of the stature of Miedema, Martens,

EA Sports have taken a ranking with what they consider the best players in the world. Among them, footballers of the stature of Miedema, Martens, Kerr, Rapinoe, Morgan or the Spanish Jenni Hermoso. Total, the 22 best in the world for the video game that does not include the best footballer of the old continent last year according to UEFA: Alexia Putellas. The captain of Barcelona and the National Team She was named the best player in Europe just a few weeks ago and is the leader of the Barça team, European champion, and of the Spanish National Team, already in the world top ten. However, she is the great forgotten of this ranking that considers Miedema, with a 92 valuation, the best player on the planet.

The Dutch leads the ranking with several WSL players such as the English Bronze (92) and the Australian Sam Kerr (91). Along with them the captain of Olympique de Lyon, Wendie Renard (91), Henry (90) and Maroszán (90). The best of the Primera Iberdrola is Barça’s Graham Hansen who with 90 ties for third position. The Americans Heath, Rapinoe and Morgan close the players who have 90.

Behind, Ertz, Le Sommer, Martens and Sinclair with 89, pointing to another Barcelona player among the best. Kirby, Popp, and Sauerbrunn are 88 and it’s not until the next step, with 87 that is the first and only Spanish: Jenni Hermoso. The best forward in Europe is far from footballers like Miedema or Kerr. Majri, Little, Horan and Dabritz close the ranking with the same score as the Spanish. It is striking that there are footballers who are not especially prominent on the world scene such as the Scottish Littel or the German Dabritz but they have forgotten about Alexia Putellas. The Catalan is today the best soccer player in Europe, although not for EA Sports.

Union Berlin snatches Cologne seventh place in German football
Liga MX: The 8 European players who presented Clausura 2022
Champions League: Outcry in England against Atltico Madrid: “They should be ashamed of their antics”
FOOTBALL 2313