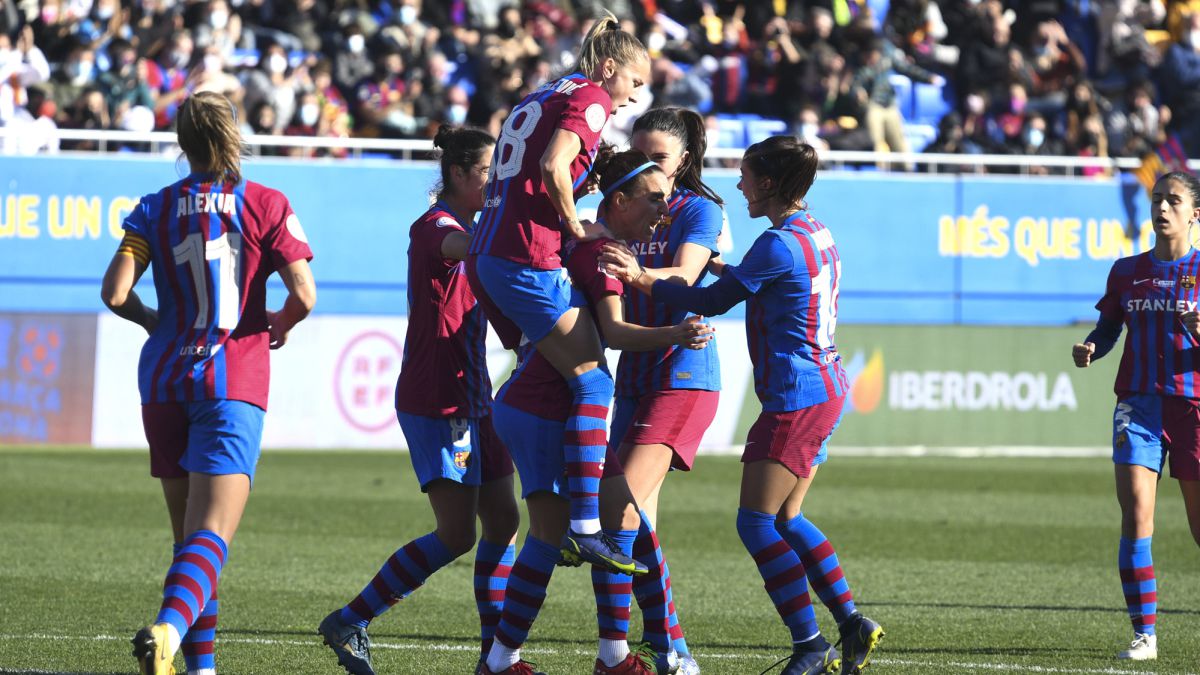 Barcelona faces the last game of 2021 with the challenge of ending the year with full victories. The Catalans close the year at the Johan Cruyff

Barcelona faces the last game of 2021 with the challenge of ending the year with full victories. The Catalans close the year at the Johan Cruyff (5pm) fRent a Madrid team that has just lost in the last minutes against Real Madrid and wants to surprise. The Giráldez team, after 14 victories in 14 games, want to close the year with one more victory, despite the numerous casualties.

It would be the finishing touch to an almost perfect 2021 for the Catalans. After an overwhelming start in which he has won everything (the fifteen Primera Iberdrola games and the six in the Champions League), he has scored more than a hundred goals in these games (103 to be exact) and has only conceded four. In addition, Giráldez could give minutes to Melanie Serrano to reach her 500th Barça match, back to bet on players like Pina, Engen or Jana In the absence of Pereira, he drops at the last minute, and Mapi, in addition to Oshoala, Bruna, Mariona and Falcón. Who could be in the call is Patri Guijarro after overcoming the coronavirus and returning from England, where he has passed this quarantine.

For its part, Madrid CFF recovers its top scorer, Geyse, who has scored eleven goals so far this year and draws at the top of the table with Oshoala. The Brazilian, along with her compatriots Kerolin and Gabi Nunes, are the trident that will try to put the Barça defense in check. While, The Madrid coach could re-start Daiane in defense and Rita in midfield to have more muscle in midfield.

Two games postponed and four more up for grabs

In addition to the Barcelona and Real Madrid duel, two games were postponed due to coronavirus outbreaks: Athletic-Atlético and Levante-Rayo Vallecano. Meanwhile, in a duel in the lower zone, Betis receives a Villarreal who needs to add whatever it takes to catch air. The bottom player, after beating Levante, lost against Valencia and remains in the last place in the championship. Meanwhile, Sevilla receives Granadilla in a duel in the middle of the table and there will be a Basque duel between Alavés and Real Sociedad.

Loading...
Newer Post
NFL: The NFL adds 213 positive players for covid in the last two weeks
Older Post
NBA: Manu Ginbili leads the list of candidates for the Hall of Fame: Pau Gasol will have to wait