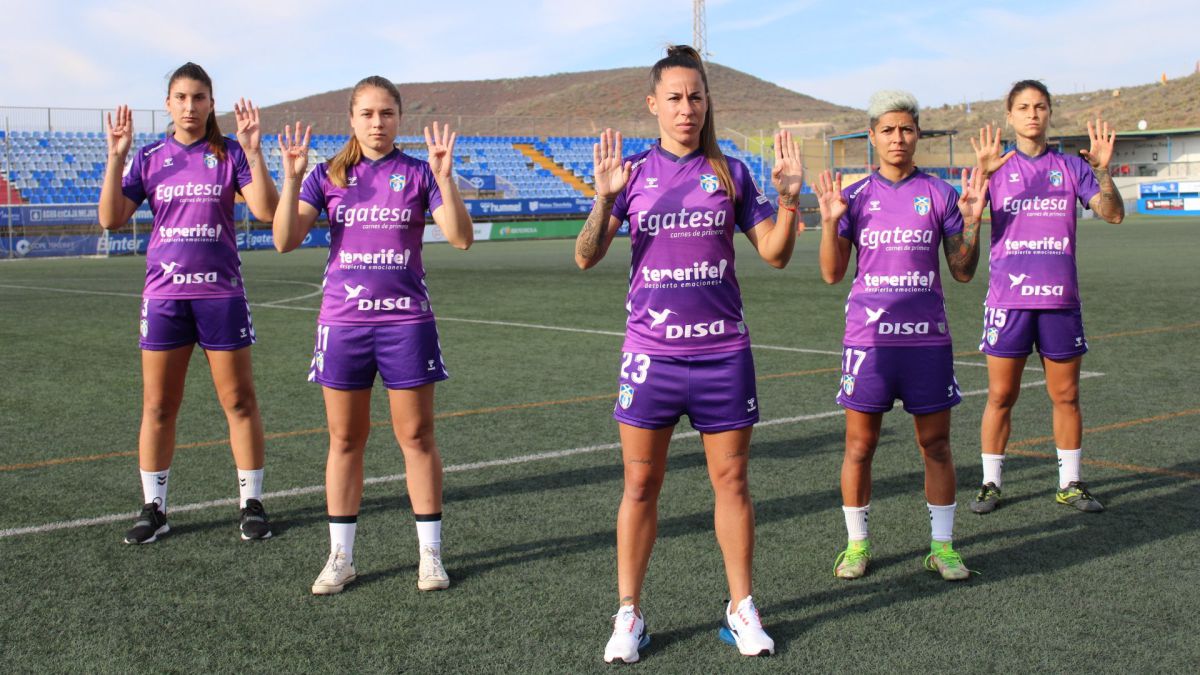 November 25 is the International Day for the Elimination of Violence against Women and Primera Iberdrola has joined forces so that there will not be “not one more.” With the launch of various campaigns in support of the victims and the dissemination of the signal that they must do so that their situation is known, The teams have launched videos, messages and unconditional support on Social Networks so that this will soon cease to be a reality.

UD Granadilla launched a video in which it teaches how to make the help signal in which several of the first team players participate, such as Mari José. In it he teaches the gesture called #signalforhelp, intended for women who may be in danger in a certain situation. It is a distress signal that is made by raising the hand with the open palm facing the front. Then he hides his thumb and clenches his fist as a gesture that should be understood as a request for help.

Also the rest of the teams, such as Barcelona that released a video with players from the first women’s team, such as Torrejón, Martens or Pina, Pedri from the first men’s team, former players like Rafols and, again, emphasizing the gesture of relief that you want to go viral. But they have not been the only ones. Eibar, Real Sociedad, Athletic, Albacete, Granada, Betis, Santa Teresa, Oviedo, Elche … the vast majority of Primera Iberdrola teams said Enough already, because there shouldn’t be one more. All because this scourge of our society disappears …

This is the refuge for football “castaways” that Crystal Palace has created
His son debuted in professional soccer in the United States
Eriksen about to return to football Is the French league one of your options?
FOOTBALL 4364

Loading...
Newer Post
“I could win it right now”: Bryce Mitchell calls for UFC title
Older Post
The Rodeo lives an evening of Kick Boxing and MMA in full color