FEMALE FOOTBALL This was the 10th day: La Real intractable and Valencia breathes 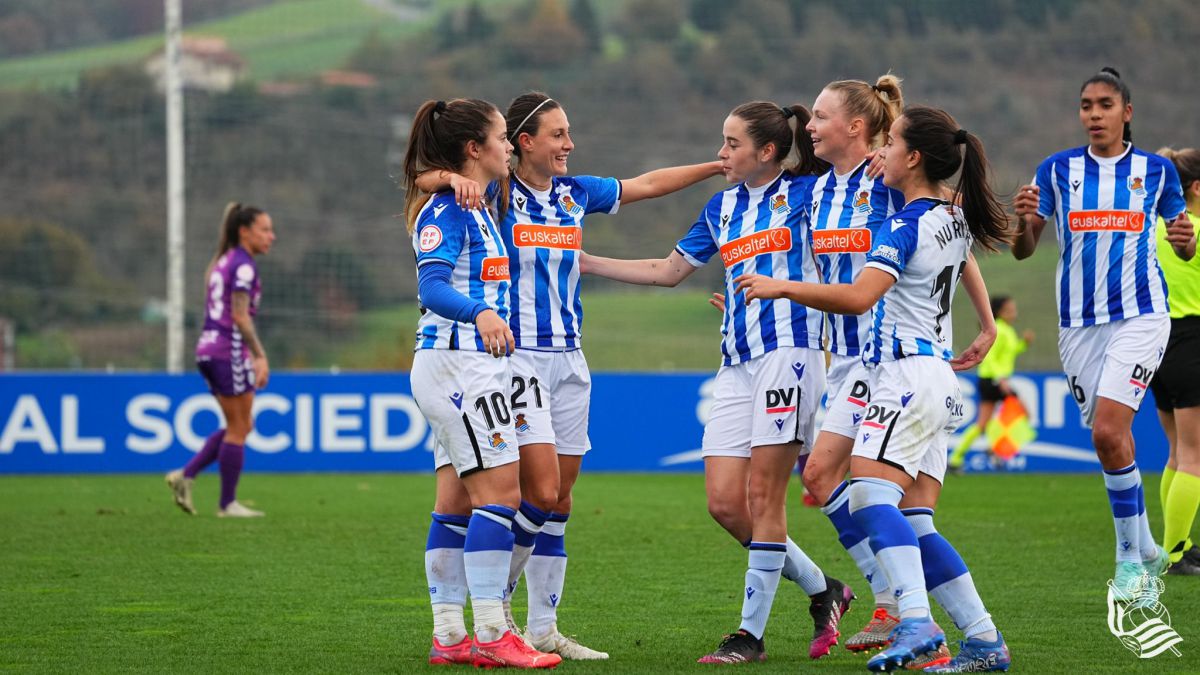 Barcelona continues as intractable leader and beat Sevilla 1-10, while Real Sociedad also remains second thanks to its victory against Granadilla.

FEMALE FOOTBALL This was the 10th day: La Real intractable and Valencia breathes

Barcelona continues as intractable leader and beat Sevilla 1-10, while Real Sociedad also remains second thanks to its victory against Granadilla. Atlético, meanwhile, rises to third place thanks to their victory in Eibar, overtaking Athletic who could not get past the draw against Sporting. Meanwhile, from below, in the dramatic duel between the last two, Rayo and Villarreal tied and are still in relegation places. Valencia caught air, who beat Betis thanks to a goal from a former green-white, Altuve.

Important victory for Valencia, which takes air after adding seven points from the last nine played at home and thus moving away a bit from the lower zone with three cushion points. Initial equality with some mid-distance shot from Valencia that tested Thalmann. Those of Andrea Esteban had the control of the ball, causing damage especially due to the active left wing. It was not until minute 28 when Betis had their first approaches with some danger, in Sosa and Mapi’s boots. And in the 32, Salmi was not correct in the last pass to Altuve, who arrived free to the penalty spot. The party broke up without a clear owner.

After the restart, Valencia started with more intensity and in the 53rd minute Candela was about to hunt down Olga’s cross on the penalty spot. The Valencianistas bottled the verdiblancas and Thalmann avoided the 1-0 with a providential hand to a shot placed by Torrodà Precisely, the half put a masterful center in the 62, that Altuve finished off with a head to the back of the net to get 1-0. Betis raised lines and Noelia Gil prevented the 1-1 with an excellent hand after hitting Sosa in the best visitor approach.

The Royal Society remains intractable. The donostiarras won again, this time against Granadilla, to maintain their second place in the standings behind Barcelona. Maximum equality and intensity in the first half with chances in both goals. Vanegas had it, Martín-Prieto’s answer with a shot at the turn. And just before the break, in the last action of the first half, again Martín-Prieto had the goal, with a shot from inside the area that has brushed the post.

As soon as the game resumed, Real opened the scoring. From the kickoff, the txuri urdin played among all the players until the ball reached Emma, ​​who did not forgive in hand to hand. Spectacular play and better definition. The royalists continued to press and Franssi, after Nerea’s assistance, forgave the second. The one who did not forgive was Emma after Nerea’s deep pass. The captain achieved well after the third penalty to sentence and keep the Royal second.

Referee: Espinosa Ríos. He has admonished the visitor Aline Reis.