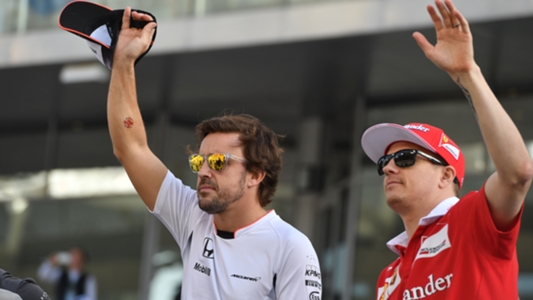 Fernando Alonso came back through the big door to the Formula 1. The Asturian rider finished eighth in the Drivers' World Championship and was th

Fernando Alonso came back through the big door to the Formula 1. The Asturian rider finished eighth in the Drivers’ World Championship and was the best in Alpine, even achieving an unforgettable podium at the Qatari GP held on 21 November.

At 40, Fernando Alonso showed an enviable state of form and made it clear that he is still one of the best drivers on the grid. However, and for reasons of age, he does not have too many seasons left at the helm of a Formula 1 car.

The Alpine rider spoke openly of his final farewell to the category in ‘One plus one is three’, a ‘Finetwork’ program in which Joaquín and Fernando Romay chat with a guest, in this case Fernando Alonso.

“I hope to race two or three more years in Formula 1 and then dedicate myself to other categories because I love driving,” said the Asturian driver, making it clear that his departure from Formula 1 does not mean that he is leaving the motor world.

Fernando Alonso: “The Real Madrid player who marked me the most was Buyo”

During the talk there was also time to touch on the topic of soccer, one of Fernando Alonso’s hobbies. The Asturian has never hidden his Madridismo, a hobby he has had from a very young age and which, in part, is his father’s ‘fault’.

“I am very Madridista. My father was from Madrid and that always influences, but I also became a Madridista because I won,” he told Joaquín and Fernando Romay.

Fernando Alonso revealed who was the player that marked him when he was little and played football at school or with friends. “The player who marked me the most as a child was Paco Buyo. I played as a goalkeeper and he was the goalkeeper for Real Madrid.”

Fernando Alonso: “Hamilton has little relationship with everyone”

Fernando Alonso was asked about the relationship between drivers in Formula 1. The Alpine driver assures that there is very good vibes with the Latinos despite the fact that later, on the track, they are all rivals.

About Lewis Hamilton he says that he has changed over the years and that he has isolated himself from the rest of the riders.

“Hamilton has a special place. He is out of category. He has little relationship with everyone. In these years he isolated himself a bit. He is in the world of fashion, he is dressed like that very strange,” says Fernando Alonso.

The Sainz in ‘El Hormiguero’: Competitiveness, Formula 1 and an accident
F1 | Carlos Sainz and the new Ferrari engine: “The sooner the better”
F1 GP United States | Hamilton is not satisfied
FORMULA 1 620