Fernando Alonso’s ‘plan’ with Aston Martin away from Formula 1 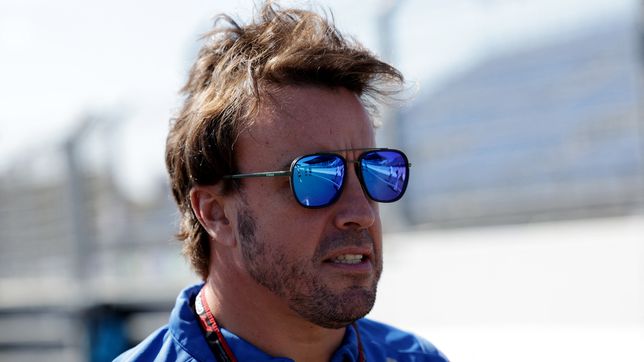 Fernando Alonso continues to be one of the most recognized drivers in Formula 1 today, and although the good results do not come, his name is still

Fernando Alonso continues to be one of the most recognized drivers in Formula 1 today, and although the good results do not come, his name is still on everyone’s lips, so much so that Aston Martin, for the next season, wanted to do with his services to replace the withdrawal of another world champion like Sebastian Vettel.

A bet that provoked all kinds of reactions in the paddock, even from the Alpine team, where they were unaware of these contacts and his possible departure with a contract. However, the offer from the London team ended up convincing him more, and his name will already be stamped on one of his cars for next season.

The reactions also came from his fans, who quickly questioned whether now, instead of having ‘The plan’, he would have ‘The mission’, referring to a possible Asturian strategy to return to the top of Formula 1. “Let’s not start again…”, he pointed out in a direct broadcast that Finetwork has broadcast, where the pilot has submitted to questions from his followers.

A possible appearance in a James Bond movie

A moment that has led Alonso to tell one of his great dreams now that he will drive for Aston Martin. A ‘plan’ far from Formula 1 and that is none other than appearing on the big screen… alongside James Bond: “What would be nice would be to be in a James Bond movie now that I’m in Aston Martin, for the future… I have to talk about this with the team”.

A dream appearance in which the pilot himself has already imagined what it would be like: “Going as a special agent with an Aston Martin around the streets shooting a scene would be… I would be excited. I hope it comes out, ”he added.

Formula 1: Ayrton Senna’s incredible record that no one can beat
Pilots share photos of their vacations on social networks
“Very difficult”: Fernando Alonso pointed out the problem of Formula 1 to modify the regulations
FORMULA 1 2379