Ferrando won in his debut at the Ferro boxing festival 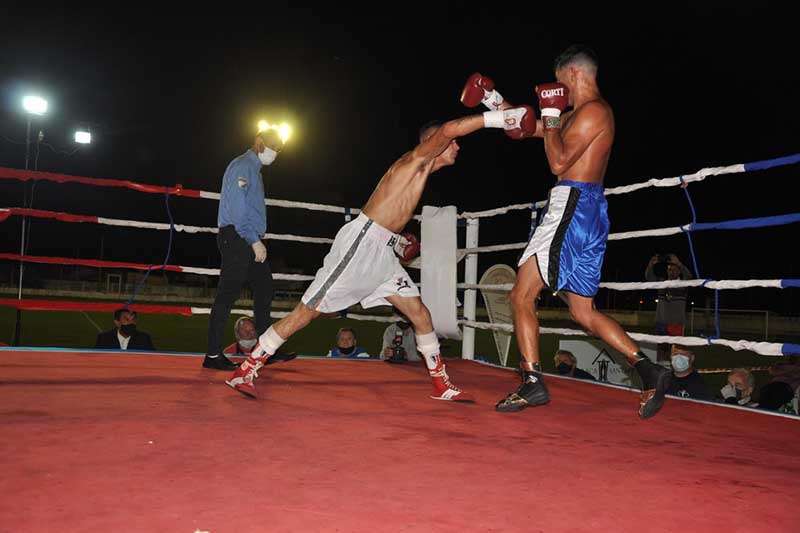 The Boxing Festival was held at the Ferro Stadium with a large audience. Isaías Ferrando,


The Boxing Festival was held at the Ferro Stadium with a large audience. Isaías Ferrando, the club’s first professional boxer, won by Technical KO on his debut.

On Saturday night, the second edition of Ferrobox, a boxing festival, was held at the Damaso Latasa Stadium of the Club Ferrocarril Sud.

The event had an important call, of around a thousand people, who enjoyed the 11 fights that took place.

In the first place there was an exhibition of the people of Ferrobox, to give way to eight amateur fights and two professionals.

Among the amateur fights, there were several titles at stake. The interprovincial title feather category Axel Montes de Oca by beating Fernando Reartes from Catamarca on points. The interprovincial welterweight title went to Matías Lavayen from Tandil, who beat Javier Alejandro Gauna, and Iván Gómez, a fighter for the Ferro club, managed to retain the provincial league title by beating Mauro Basualdo from Santa Fe.

As for professional fights, in the first of them Gerónimo Vázquez beat Ramón de la Cruz Sena on points.

The closing was the opportunity for the great debut of Isaias Ferrando, Club Ferrocarril Sud’s first professional boxer. Isa managed to beat Miguel Gómez by technical knock out in the third round.

In this way, a very important boxing evening was experienced again in Tandil, surely the precursor to many more to come.

From FerroBox and the Club Ferrocarril Sud we thank all the athletes, the sponsors, the public and the entire team that worked to make this event possible.