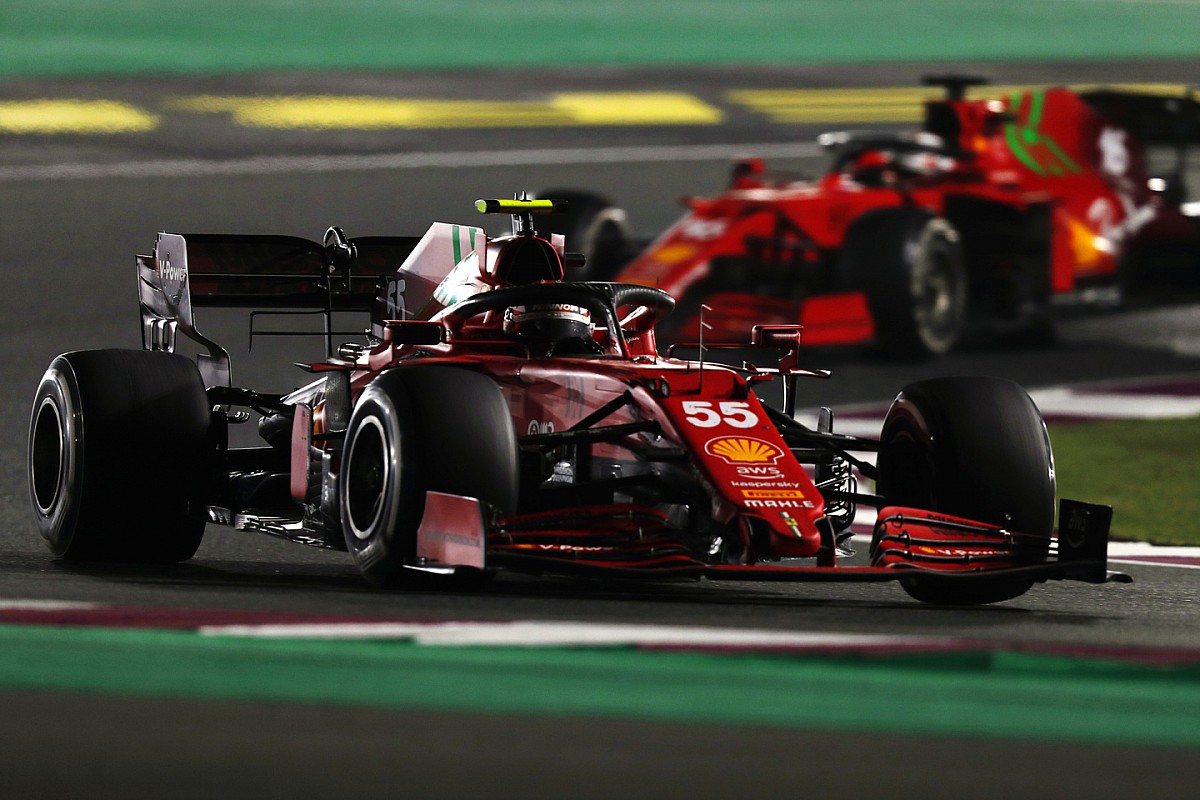 The Maranello team has been immersed in a battle for third place all season with Mclaren, but has outstripped his British rival in the latter part

The Maranello team has been immersed in a battle for third place all season with Mclaren, but has outstripped his British rival in the latter part of the campaign, especially thanks to the results of the last three races in Mexico, Brazil and Qatar.

Ferrari is 39.5 points ahead of McLaren F1 with two races to go, after the Woking team managed to score just four points in the last race treble.

But despite the progress made by Ferrari – which finished sixth in the standings last year with less than half of the points it has scored in 2021 – Binotto insists the focus has been on developing its 2022 car that it will come with the introduction of the new regulations.

“We have never really developed the current car,” Binotto said. “We introduced a couple of developments at the beginning of the season and that was it.”

“Except for the power unit, which was a development with a view to 2022, so all our efforts from the beginning of the season have always been for the 2022 car. It’s something that we have never compromised.”

“It never crossed our minds to even try at some point to sacrifice 2022 for the benefit of 2021.”

“From the beginning of the season we knew that we could fight for third place, that it could be a very tight fight, but that our main objective in 2021 was not third place but to try to improve in every detail as a team and third place has simply been a consequence of it ”.

“I think that if we are reaching third place today it is because the team, the way of working on various weekends has improved a lot since the start of the season and not because the car itself has evolved,” he added.

Binotto considers that several factors unrelated to the development of the car and the engine have contributed to Ferrari take a leap this season.

“I think the racing team has come a long way since the start of the season,” he said.

“He has made a lot of progress in terms of strategy, in the way of managing, communicating with the drivers, understanding what we are doing. He has improved a lot in terms of tire management.”

“The team, since Paul Ricard, has developed many little tools, methodologies to try to improve.”

“Overall, the team is making progress and that’s great, especially for what we’ll do in 2022.”

He added: “If I look at where we were last year, sixth, with few points in the championship, I think we did the most we could do with the current regulations and most of the car also had very limited development opportunities on the 2021 car.” .

“So overall, I think the team has made great progress with what it was possible to do, and so I am very happy because yes, third position is a great result of the efforts.”

“Formula 1 is never going to be fair to everyone”
How much does a Formula 1 car cost and weigh?
F1 | Carlos Sainz and the new Ferrari engine: “The sooner the better”
FORMULA 1 384