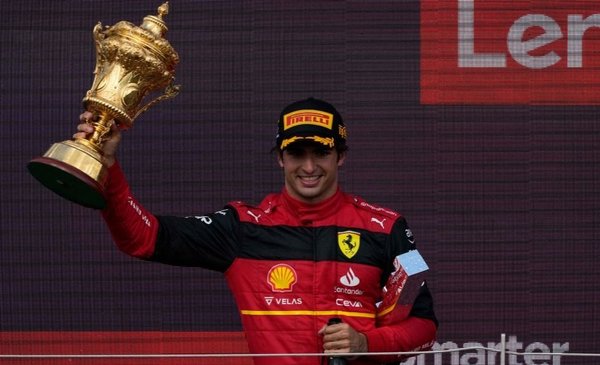 ferrari had started with all of 2022 in the Formula 1 World Championshipalthough with the passing of the competitions his performance was falling and Red Bull came back to dominate. However, the Maranello squad He “resurrected” at the Silverstone Grand Prix, won at the hands of Carlos Sainz Jr. and is excited about fighting for a drivers’ title againwhich has eluded him since 2007.

In a race that was delayed for several minutes by the Guanyu Zhou’s impressive accident with his Alfa Romeothe tenth date of the calendar continued normally once it transpired that the 23-year-old Chinese was in good general health.

Formula 1: Ferrari was resurrected and won by Carlos Sainz at Silverstone

On the track located in Northamptonshire (England), the 27-year-old from Madrid took a victory that was historic for two reasons: it was his first success in F1 and a Spaniard returned to the top of the podium after nine seasons. In addition, the Italian team was delighted that Charles Leclerc finished fourth. While, the bonus point for the lap record went to Lewis Hamilton in the Mercedes.

Formula One at Silverstone: the top 10 of the race

In the competition, all scoring positions for the championship were completed by:

Formula 1: the main positions in the 2022 championship

Carlos Sainz won with Ferrari for the first time in F1.

When is the next Formula 1 race?

The eleventh competition of the 2022 season will be the Sunday, July 10, from 10 a.m. in Argentina, with the Austrian Grand Prix at the Red Bull Ring circuit of Spielberg, in the state of Styria.

MARK Retro turns to Formula 1
Great Britain F1 GP 2022: Checo Prez gets his sixth podium of 2022 and already signs his best season in history
VIDEO: the definition of Formula 1 seen from the Hamilton and Verstappen cameras
FORMULA 1 1974