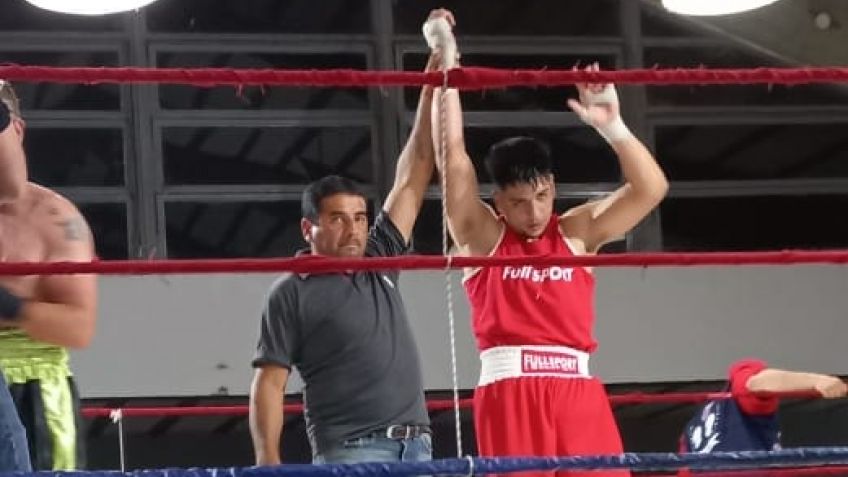 sports Ferro's boxing had its representation i

Two fighters representing the Club Ferrocarril Sud fought in Saladillo, with good results. Meanwhile, Ferro Box plans its own festival before the end of the year.

Last weekend, Club Ferrocarril Sud boxing was once again active in the ring, with good results.

In this case, boxers representing the tricolor were participating in a festival at the Unión Apeadero de Saladillo club.

Isaías Ferrando tied his fight in the category of 64 kilos, while Iván Gómez, in 75 kilos, won his fight. Both amateur boxers fought against pairs from the city of Buenos Aires.

With regard to the continuity of Ferro’s boxing activity, it is worth saying that a festival is being planned, which would take place on December 11 at the facilities of the sports center that the institution has on Avenida Colón.

In that event, it is estimated that Isaías Ferrando would be making his professional debut, while Iván Gómez would defend the Buenos Aires League title. In addition, among the approximately 10 fights that would make up the program, the premiere of the 15-year-old Rodrigo Almirón in the 67-kilo category is projected.

To carry out this festival, various fundraising events are being organized, such as a dinner next month.

The published comments are the sole responsibility of their authors and the consequences derived from them may be subject to legal sanctions. Any user who includes any comment in violation of the regulation in their messages will be eliminated and disabled from commenting again. Submitting a comment implies acceptance of the Regulation