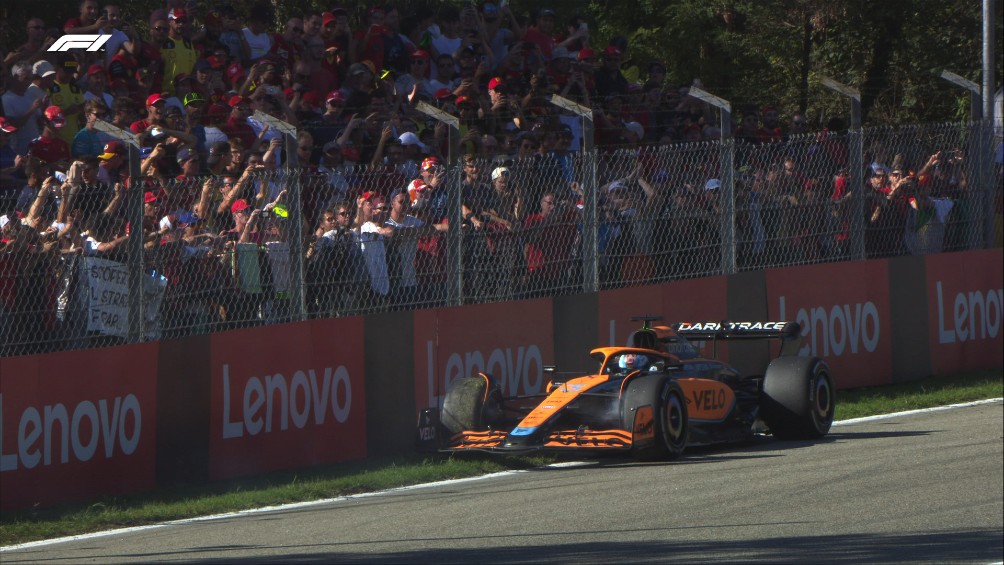 The International Automobile Federation (FIA) defended his performance in the Italian Grand Prixafter failing to withdraw the McLaren of Daniel Ricciardo that was stranded on the side of the track on lap 47/53 causing the competition to end with the intervention of the Safety Car without the opportunity to be relaunched.

The statement issued by an FIA spokesman noted that “while everything possible was done to recover car number 3 (Ricciardo) quickly and restart the race, the situation developed and the stewards were unable to put the car in neutral and push him into the right position, the escape route.

By finishing the race in this way, the Italian team of Ferrari could not complicate the victory of Max Verstappen of Red Bull with its pilot charles leclercbecause there was no way to overtake.

“As the safety of the recovery operation is our only priority, and the incident was not significant enough to require a red flag, the race ended with a Safety Car following the procedures agreed between the FIA ​​and all competitors. The time of the period Safety Car within a race has nothing to do with this procedure, ”said the Federation.

The young Dutchman Verstappen was booed by the Italian fans but he got the 25 points that put him 116 units ahead of Leclerc in the standings, just 6 races from the end of the season.

YOU MAY ALSO BE INTERESTED: CHRIS HORNER ON CHECO PÉREZ: ‘HIS RECOVERY HAS BEEN VERY GOOD’