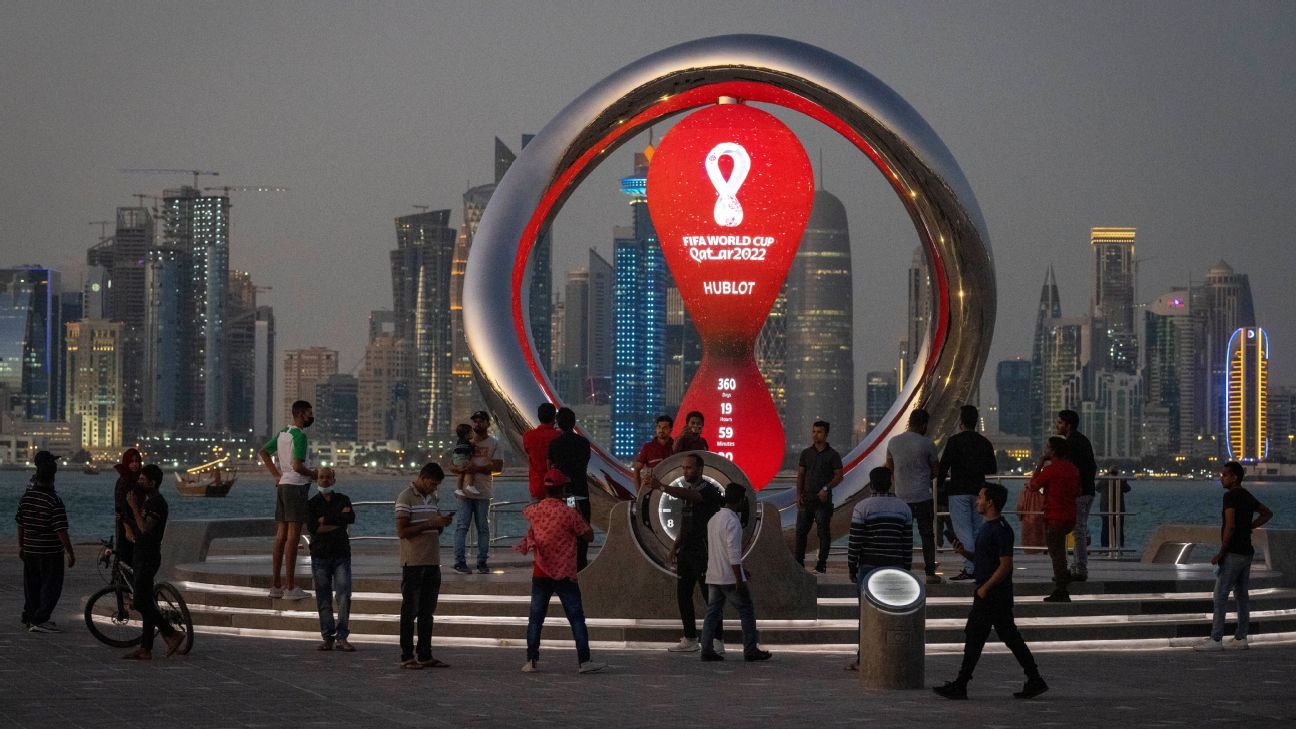 Local authorities require all fans, both from Qatar and abroad, to apply for the Hayya digital card, which is an entry permit to the state of Qatar

Local authorities require all fans, both from Qatar and abroad, to apply for the Hayya digital card, which is an entry permit to the state of Qatar.

The FIFA will open tomorrow (28) a new phase of ticket sales for the Qatar World Cup 2022which will be open until the end of the competition through its website fifa.com/es/tickets.

Each fan will be able to purchase a maximum of six tickets per game and 60 in total and they will be sent in electronic format, as indicated by the FIFAwhich in mid-October will publish an application to manage locations.

In addition to this application, the Qatari authorities require that all fans, both from qatar as well as from abroad, apply for the Hayya digital card, which is an entry permit to the state of qatar that will be necessary to present next to the ticket to access the stadiums.

This card to reserve accommodation can also be requested at Qatar2022.qa or in the Hayya to Qatar 2022 application. The government of qatar manages and controls Hayya cards, recalled the FIFA.

The president of the FIFA, Giani Infantinoassured that the body has become “a leader in ethics and compliance” in the international sports arena, during the opening this Monday of the fourth compliance summit in San José, Costa Rica.

“Today the new FIFA it is a credible and trustworthy organization that wants to be at the service of football. We have to go further in good practices, because we have become a leader in ethics and compliance in the international sports field and we want to be there, “he said.

Infantine He referred to the acknowledgments by the Council of Europe and anti-corruption organizations to the work done in terms of compliance since he became president in 2016, when a year earlier it was considered “a toxic organization” by many people and “millions of dollars that should have been for football development evaporated.

Infantine he invited all the federations to “look at compliance in a different way”. “It should be part of our culture, of what we do every day,” he said after pointing out the principles of “credibility, transparency and accountability” as basic.

For Infantine further proof of the current image offered by the FIFA is the decision of the Department of Justice of the United States to compensate her financially, together with the CONCACAFthe CONMEBOL and other federations for the corruption schemes that were revealed in 2015.

Qatar agreed to relax its alcohol sales policy and during the World Cup fans will be able to consume alcoholic and non-alcoholic beer. AP

“That money must go to football, to the right hands and be invested where it should be. If we do things well, it is recognized,” he added.

The FIFA announced that the participants in the San José summit today and tomorrow will return to the different topics analyzed during the previous one in 2020, in which recommended practices were presented for the development of new compliance programs, such as the Compliance Manual of the FIFA.

The 2022 edition will provide member associations, whatever their means or abilities, with tools to rethink best practice, take their programs beyond written policies and directly impact their culture.

Queues at the ticket offices to buy Granada CF-Espanyol tickets
End of Castrelos ticket sales
Marc Anthony added a new date in Argentina: how to buy tickets and how much they cost | They are sold through Entrada Uno
TICKETS 537

Loading...
Newer Post
Tickets for the return of the NBA to Mexico are sold out
Older Post
“Being from Las Seiscientas has helped me to know what I don’t want in life and I put that into boxing”