Fight for yourself before everything else 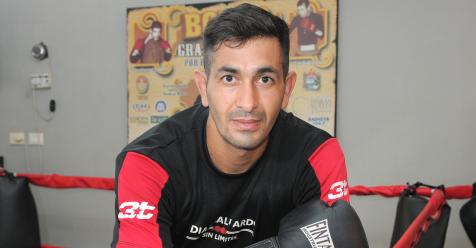 Here the point is to choose for the sake of choosing or to let everything flow as the results appear? There are millions of stories of athletes in the world who decide to start a discipline for personal pleasure or to show that they are capable of being in the best level of competition and to be protagonists of great events.

Santiago del Estero has enormous potential in this regard and one of the activities that seeks to revive in the province is boxing.

Today the sport of fists is very far from giving us those great moments that Juan Domingo Córdoba gave us with the World Boxing Organization (WBO) light flyweight world title; Eduardo “Surgeon” Morales with the chance

All of them filled the province with pride and left a legacy that today seems difficult to imitate. The work that the coaches and the different teams have been doing is for now to be seen and the activity is shared between some amateur fights and others from the rented field.

And precisely today it is the professionals who have the greatest responsibility to go out and show their virtues and those who can aspire to greater things in the future. But beyond this circumstance, EL LIBERAL spoke with some of them and inquired about what or what were the reasons that led him to choose this profession and if the economic issue influenced that decision?

“I do boxing because I like it and because of economic necessity as well. I want to have a future for myself and my family. I went through so many things. I suffered hunger. I cried. But that will be over soon.”

Without a doubt, these are words with a special feeling that came from Sergio “La Cobrita” Rosales, a professional boxer who debuted in November of last year at an evening organized by the promoter of “Chino” Maidana and who dreams of a great future.

But the pupil who trains with his father in the La Católica neighborhood has something else to say: “I started boxing at the age of 13 and became a professional in 2021. I made my debut in November. Until now I have been fulfilling my dream. I have faith in me in that I will go very far as a professional. I have a long way to go to show that I will be the best”.

The decision to be a boxer for Iván Cisneros was not by chance, far from it. He has relatives who practice martial arts sports (like karate for example), but he preferred to be the exception to the rule and chose to get into a ring.

“I liked to fight. I mean, I was very attracted to contact sports and all that. I have uncles who are world champions, but in karate. I leaned toward boxing, which today is my passion.”

But before he had the pleasure of starting the hard activity, Iván had a rival who was not easy to convince: his mother.

“She didn’t really like that I did boxing. I entered when I was 16 years old and my dad took me to the Córdoba gym (because of Juan Domingo and his brother José) to train. Soon they offered me to fight and I accepted without hesitation. That’s where what is now my passion began.”

Cisneros is currently ranked 16th in the Cruise category in Argentina and has been looking for a place with higher expectations for the future.

The choice of Ignacio Scrimini for boxing sounds a bit more like an internal struggle than goals that could take him a little higher in the activity.

“Boxing for me implies an internal war, overcoming, a lot of effort, a habit of suffering in many senses of the word and above all dignity”.

Diego Díaz Gallardo’s pupil has not yet made his professional debut and feels that his commitment today is to wait for the opportunity and let everything flow over time.

“The spirit of improvement and the idea of ​​a life project also led me to be a boxer.”

He also denied that his election had anything to do with economics and for that he quoted a phrase from the former world champion of the minimum category, the Mexican “Finito” López: “With everything I earned, it is not enough to buy a brain” .

Mariano Velázquez is another of those who is waiting for his moment to debut in boxing for pay and with the technical direction of Eduardo Morales. The nicknamed “Condor” explained that he takes the activity as a motivation to prove to himself that he is in a position to improve day by day.

“The only thing that motivates me is internal competition. I want to know how far I can go with my limits and I always seek to improve myself. I rule out that my decision to be a boxer is due to economic necessity or obligation.”

Velázquez added that his is complemented by other aspects that go beyond preparation: “I like challenges and day by day I feel that there is one more test for me, both physically and mentally. It motivates and excites me. the idea of ​​constant improvement. I love to compete and I always want more”.