Fighting Force will close the year 2021 with Big MMA Billboard 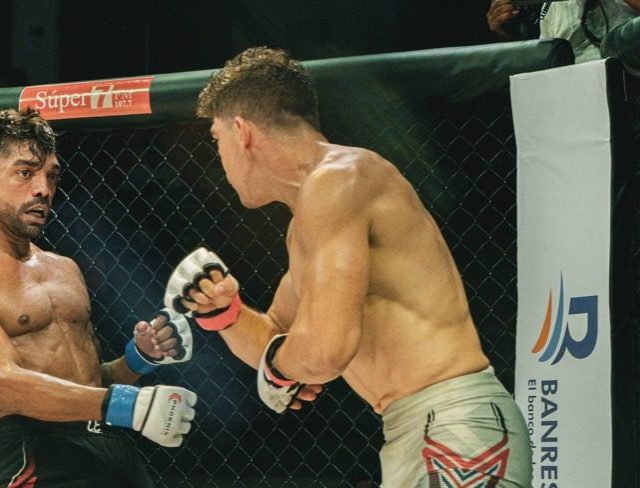 EL NUEVO DIARO, SANTO DOMINGO.- The leading national promoter of mixed martial arts (MMA), Fighting Force, announced this Friday that it will close the year 2021 with a great professional card of 10 MMA fights, 3 for titles and 4 fights of an international nature with foreign opponents.

The announcement was made by lawyer Rodolfo Dauhajre, president of the promoter, who confirmed the participation of its great national stars such as champion Jhonasky Sojo, Lucas Marte, Reynaldo De Los Santos, Ty Kalista, Micaias Ureña, Reynaldo Acevedo, among others. The billboard is scheduled for Saturday, November 27, starting at 6 PM, in the Fencing Pavilion of the Juan Pablo Duarte Olympic Center.

Champion Jhonasky ‘La Maquina’ Sojo, a Venezuelan national and resident of the Dominican Republic, will make his first title defense against Dominican contender Lucas ‘El Tiburon’ Marte in a 5-round rematch for the 155 lbs title. While Luis ‘El Cañón’ Rodríguez will face Miguel Ángel Sosa for the inaugural 125 lbs. Title. by Fighting Force.

In the final of the Dominican Insurance Grand Prix, the North American resident in Punta Cana, Ty Kalista will measure his ‘grappling’ against the former boxer Reynaldo ‘El Mulo’ De Los Santos in a professional 5-round MMA fight for the grand cash prize of RD $ 100 thousand pesos and the title of 145 lbs. by Fighting Force.

On the other hand, one of the most electrifying figures in national MMA, Dominican Reynaldo ‘Tiki’ Acevedo will be facing Nicaraguan fighter Benjamin ‘The Beast’ Jirón, for his pass to be the next contender for the 155 lbs. Title; While Micaias ‘The Pink Ranger’ Ureña, former Fighting Force national champion, will make his return to the Octagon for a professional MMA match against Colombian Jhon Tacha (7-1). Another of the international fights is that of the Olympic fighter Tommy ‘La Salsa’ García who will face the Colombian Nicolás Páez in a 3-round match.

Loading...
Newer Post
Boxing: All in the weight for the evening of Bada del Valls
Older Post
Bad Bunny will celebrate his first charity golf tournament