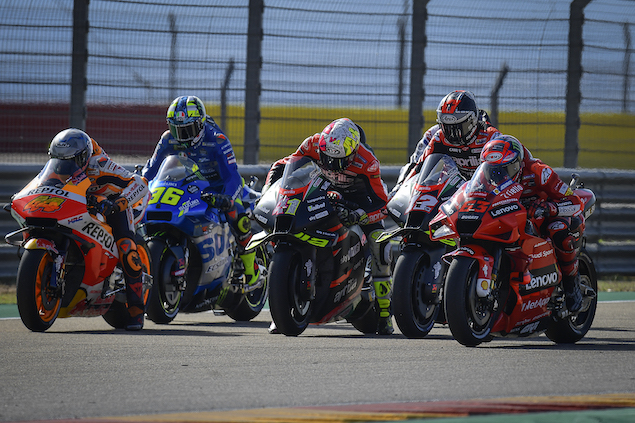 MotoGP published this Saturday the expected final calendar for its 2021 World Cup, in which it seeks to complete 18 rounds on three continents.

So far, 12 Grand Prixes have been held, this weekend’s Aragon being the 13th. Although the three divisions of the championship have remained mainly in Europe, they managed to hold two dates in Qatar at the beginning of the year.

The aim was to have a 19th event, although as there were no options, this plan was aborted. In essence, there are only two novelties in this list of events after the appointment at MotorLand, the next date will be the first in Misano, and then make the trip to the United States, as conditions remain to go to Austin despite a certain rebound in COVID-19.

Three weeks later it will be the return to Marco Simoncelli Circuit for the event to be known as the «Grand Prix of Emilia Romagna and Made in Italy». A second Grand Prix in Portugal and the final in Valencia will complete the tournament.

The Argentine Grand Prix was canceled for this year, although Dorna Sports and local organizers promise to return to Termas de Río Hondo in April 2022. In February, part of the main facilities caught fire and are still under reconstruction, which added to the COVID pandemic -19 and the corresponding restrictions, made the event unfeasible.

Indonesia, which was kept as a reserve, will not enter the calendar this year, so the debut of the Mandalika Autodrome will be until next year.

On the other hand, Dorna confirmed that the preseason will officially start the November 18 and 19 in Jerez, to later have the Shakedown of 2022 andJanuary 31 in Malaysia.

Redding: “MotoGP destroys the career of young people”
Valentino Rossi, on Marco Simoncelli: “We created the Academy in his honor”
GP of the Valencian Community of MotoGP 2021: Chronicle
MOTOGP 539