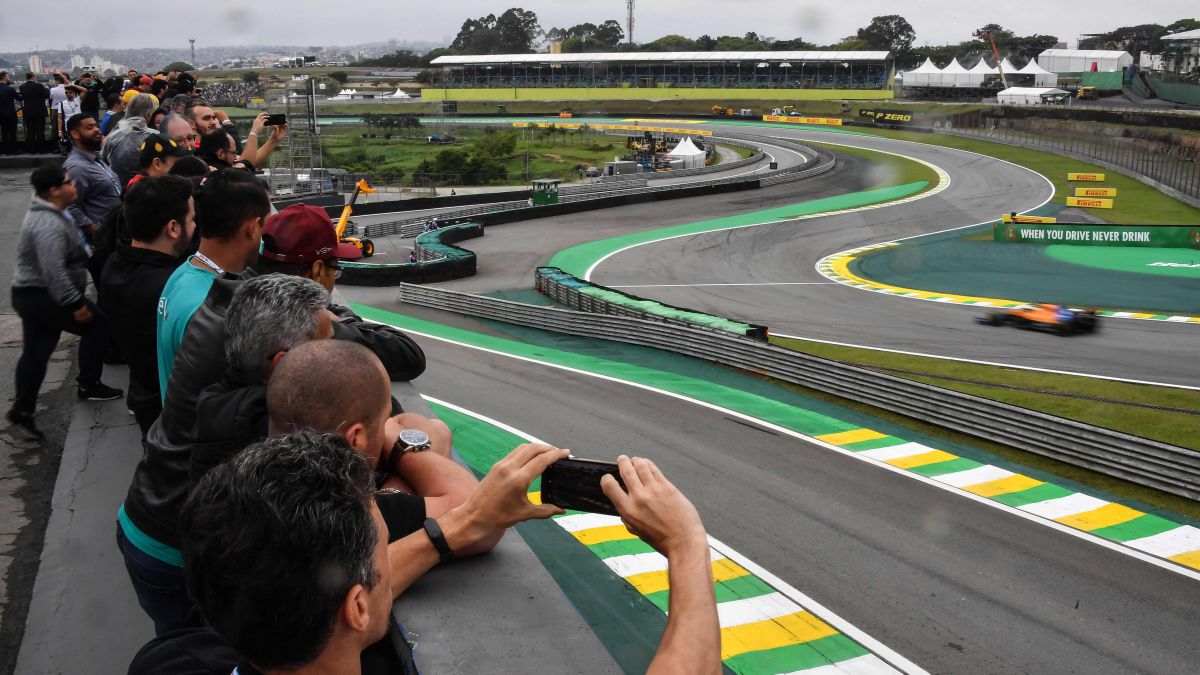 No time to rest, and it is not a cliché, Formula 1 unfolds this weekend in Interlagos to celebrate the Brazilian GP. The World Cup visited Mexico

No time to rest, and it is not a cliché, Formula 1 unfolds this weekend in Interlagos to celebrate the Brazilian GP. The World Cup visited Mexico last week and will be in Qatar the next, within a triplet of consecutive races in which the members of the paddock they will accumulate about 45 flight hours. Fatigue weighs after 18 races and with only four to finish the season. Mechanics suffer, the frequency of errors in the pit-stop It is not by chance, and the pilots also arrive with just enough to the decisive phase.

Between the Autódromos Hermanos Rodríguez and José Carlos Pace, some pilots like Sainz traveled to Brazil on the same Monday and others, like Alonso, made a stopover on the Mexican coast. The Asturian points out the incongruities of the calendar: “I hope we find better solutions for the future, because Austin is an hour and a half from Mexico, we were there two weeks ago and it is rare that two such close races are separated by two weeks, and others with a change of continent are consecutive “.

“I’m fine. For us, who are not fighting for the title, apart from Hamilton and Verstappen, it is a long season with many trips. This triplet is not convenient, each race is separated by a 12-hour flight and we have to run on three consecutive weekends. For the team and the mechanics, who finish packing everything late, try to save effort. They will take a plane, arrive in Brazil and set up the whole garage again. It is at the limit for them, “explains Fernando about the challenges of the season outside the circuits.

Carlos Sainz, Asked by AS about it, he commented that “the week of vacation before Mexico” served him to recharge his batteries. “It is quite extreme. I was coming from a very tough year, I have spent many hours in the simulator and in the factory. I was beginning to notice that the tiredness of the beginning of the year was accumulating, the intensity that must be put into integration and adaptation to the team. That week was good for me to reset, “said the Madrilenian.

In Brazil there is another peculiarity: On Friday there is qualifying and on Saturday, the 100-kilometer sprint that will set up the Sunday grid. Verstappen, leader with 18 points over Hamilton, won both F1 Sprint disputed in 2021, in Silverstone and Monza, and curiously a day later, in both cases, he collided with the English. It is no coincidence: Saturday’s race, so explosive, heats up an already tense atmosphere. Red Bull and Mercedes will be less distant than in Mexico and anything can happen. “Mexico could be one of the worst, in Brazil we will have a more solid car,” predicts Wolff. The forecast does not rule out a weekend spent by water. Ahead, only Qatar, Saudi Arabia and Abu Dhabi will remain.

Who would be the F1 champion if the results of the last few seasons are repeated?
Will it be the champion? Formula 1 shared a chilling stat on Max Verstappen
What does Max Verstappen need to be an F1 champion?
FORMULA 1 394