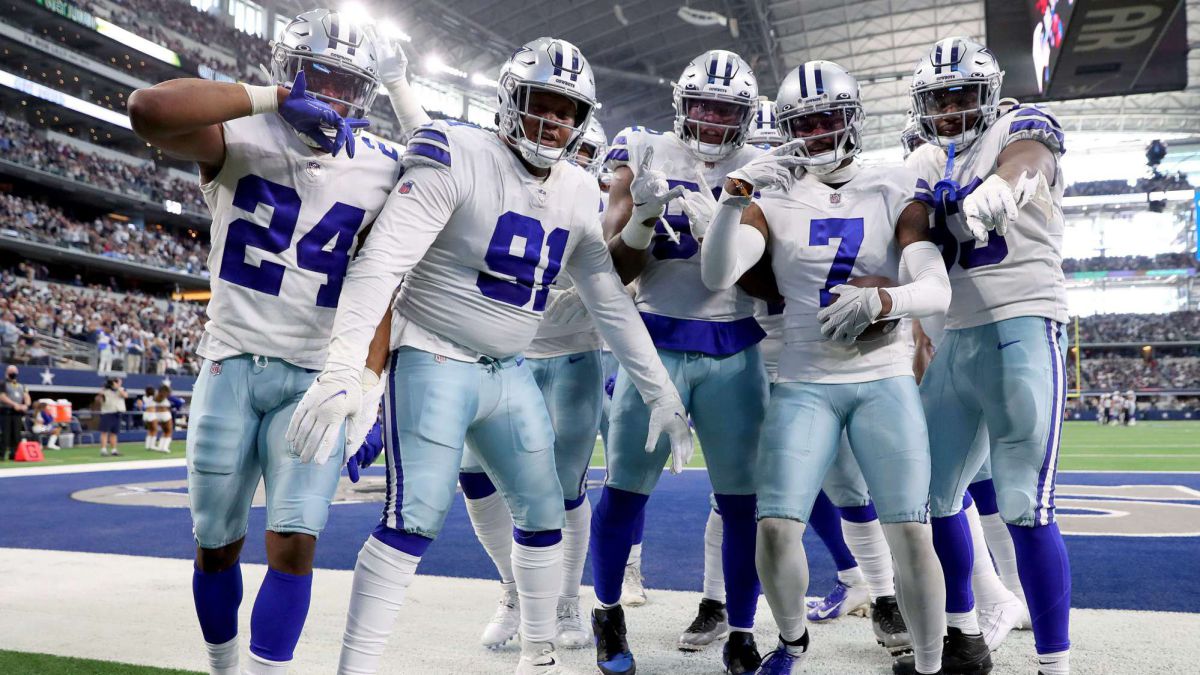 To the dismay of many and the joy of others, Week 10 once again demonstrated that nothing is a fact in the NFL. Last Thursday night the Dolphins s

To the dismay of many and the joy of others, Week 10 once again demonstrated that nothing is a fact in the NFL.

Last Thursday night the Dolphins started the surprises with a win over the Ravens which continued a new trend that had never occurred in the NFL.

For the second week in a row, at least four teams that entered the weekend with records of .500 or less defeated opponents who showed up at the stadium as division leaders.. The eight such wins are the most all-time for Weeks 9 and 10 of a season.

Perhaps the biggest surprises of Week 10 came from the Carolina Panthers and the Washington Football Team. The Panthers, down by up to eight points in betting, beat the Cardinals, who came in with the best record (8-2) in the league. Cam Newton stole the night.

The gaps in the rankings are also beginning to close after the shakeup. In the American Conference three leaders (Buffalo, Ravens and Chiefs), share the same number of wins (6). Only the Titans come off with eight wins, fueled by a current five-game win streak.

The parity of the NFL has never been more evident with several divisional races divided and surprises happen constantly.

According to numerology, six means responsibility, understanding. It is a number associated with honesty and fidelity. For more practical matters, In Week 10 I only got six predictions right. My new trend is to say every Wednesday: I come from my worst week, but at least for now it is like that.

This week, six of the eight division leaders face teams with records of .500 or less. Which first-place team will drop in week 11?

GAME OF THE WEEK

Sunday afternoon features a showdown between two Super Bowl-winning head coaches and two vertigo-laden offenses with the potential to blow up opponents.

The Cowboys lead the NFL in both total yards per game (433.9) and points scored per game (31.6). The last time Dallas finished a season leading the league in both categories was in 1971, when the Cowboys won Super Bowl VI.

For the first time in his career, Patrick Mahomes faces the Cowboys, his favorite childhood team. Mahomes, who was born in Tyler, Texas, was an avid Dallas fan when the offense was commanded by Tony Romo.

Last week, Mahomes threw for 406 yards and five touchdowns with no interceptions. It was the 30th game in which the Chiefs franchise quarterback has thrown for 300 or more yards.

Although the Cowboys and Chiefs only meet every four years, this week is the complete opposite for head coach Andy Reid, who is very familiar with the Cowboys organization. Sunday marks the twenty-second meeting of all time between Dallas and the Super Bowl-winning head coach. Reid has the all-time advantage over the Cowboys 18-13, thanks to his time in Philadelphia when he coached the Eagles.

It won’t be easy for Reid to beat Dallas.

Last week, Dak Prescott threw for 296 yards and two touchdowns with no interceptions and added a rushing touchdown.while cornerback Trevon Diggs posted his eighth interception of the season. Diggs’ eight interceptions are tied with Jairus Byrd (eight in 2009) and Tim Jennings (eight in 2012), for the most by a player in his team’s first nine games of a season since 1990.

Dak’s performance led Dallas to defeat the Falcons 43-3, the victory with the largest margin of points in the past 20 seasons. After Atlanta kicked a field goal in the first quarter to make it 7-3, Dallas exploded for 36 unanswered points to end the game, 29 of them in the second quarter alone.

The Titans have the best record in the AFC (8-2) and have won six games in a row, the longest active streak in the league.

The Texans have scored in the single digits (or not at all) in five of their last seven games. On defense they rank 30th in yards allowed and 29th o’clock.s. Houston is coming off a bye week.

Along the way they passed Buffalo Bills (Week 6), Kansas City Chiefs (Week 7), Indianapolis Colts (Week 8), Los Angeles Rams (Week 9) and New Orleans Saints (Week 10). With a win this week, Tennessee would have its longest winning streak (seven) since 2008 when they started 10-0.Although their offense isn’t explosive at averaging 4.8 yards per play in the most recent three games, Tennessee is winning and will continue to win. less for another week. Texans 10-21 Titans

The Vikings scored a huge road win in Los Angeles in Week 10 by defeating the Chargers. It is true that the Packers are much more solid, but it is also true that in the five losses they have Minnesota this season, in total they have been by 18 points.Minnesota returns home for a classic NFC North rivalry.

In three of the last four seasons, the team that won the Packers-Vikings game in Minnesota has advanced to the National Conference Championship GameA statistic that is far from less. Last week, Kirk Cousins ​​passed for 294 yards with two touchdowns. Cousins ​​became the sixth player in history with at least two touchdown passes and a quarterback rating of 100 or higher in seven straight road games, The Packers have played several tough games and the defense has kept the team together through your Covid outbreak. However, the Packers likely don’t have running back Aaron Jones, which detracts from their potential and opens the window for surprise. Packers 21-24 Vikings

New England has won four in a row and five of its last six. The Patriots’ most recent victory was crushing the 457 Browns. Patriots 30-27 Falcons

Philadelphia has at least 175 rushing yards in three straight games. The Saints haven’t allowed 175 yards rushing since giving up 179 to the Chiefs in Week 15 last season. Saints 21-17 Eagles

The Jets were limited to one field goal in the first three quarters of their Week 10 loss to the Buffalo, they will feature Joe Flacco as the starting quarterback. Miami improved defensively. Dolphins 21- Jets 14

After losing their first three games, the Colts are trying to become the seventh team in NFL history to make the playoffs after a 0-3 start. The Bills (plus 14 with 24 points) and Colts (plus 11 with 21 points) rank first and second in the NFL, respectively, in both rotation margin and points this season. Colts 17-28 Bills

Lamar Jackson will face his 28th NFL team. Jackson is 25-2 when he meets a team for the first time. Chicago is coming off its bye week as it last played on Monday, November 8, and will have 12 days between games. Ravens 30-20 Bears

From 1952 to 1957, the Lions and the Browns met in the NFL Championship Game four times over six seasons. This week, the rivalry returns. The Lions are coming off their best result of the season, which was a draw against the Steelers. Lions 17-20 Browns

Coach Ron Rivera and quarterback Cam Newton meet again. Rivera and Newton spent nine seasons together (2011-19) in Carolina. In Newton’s 124 games as a starter with Rivera, Carolina was 68-55-1 with four playoff appearances, including a 15-1 season in 2015 that ended in a trip to Super Bowl 50. WFT 14-21 Panthers

Arizona has a chance to accomplish something no team in the NFL has done: score 30 or more points in each of its first six road games of a season. The away games are the preferred ones for the birds. Cardinals 35-21 Seahawks

Last week, the Chargers couldn’t stop the Vikings, losing by touchdown, 20-27. Steelers is coming off starring in the first draw of the season against the Lions. Steelers 14-21 Chargers

Tom Brady leads the league with 27 touchdown passes. In each of his last five home games, he has thrown at least four touchdowns. On his last visit to Raymond James Stadium, Week 3 in 2019, then-rookie Daniel Jones made his first NFL start, passing for 336 yards with two touchdowns. Giants 17-35 Bucs